Things are pretty crazy right now. Seriously. Every day presents us with more questions than answers. It’s pretty important to pay attention and stay involved with the world around you right now. Otherwise you may check back in a few months and find yourself living in a world that resembles [insert your favorite dystopian movie here]. That being said, for your mental health, it’s also good to find some moments to escape. In normal times, sports allow us a communal space to do this. However, most sports are still on hold during the Great Pause…except soccer.

Some soccer leagues have already restarted in places like Germany, Belarus, and the Faroe Islands (Go Klaksvíkar Ítróttarfelag!). Sport-starved fans are already flocking to watch unfamiliar teams play in empty stadiums in eerie silence because, well, it’s better than nothing. But if all goes according to plan, the English Premier League (EPL)—the gold standard of domestic soccer leagues—will restart Wednesday, June 17. Here is a guide to navigate the resumption for both the new and the experienced punter.

If you’re EPL curious, you’re going to have to pick a side to support. Or for you seasoned EPL fans, why not use the “Great Pause” to reset a previously misinformed allegiance and make a fresh start. It’s not like us Americans are beholden to geography. With this in mind, here’s a few helpful tips:

They’re probably on your radar. A buddy likely owns a shirt or two. You know a couple of the top players. These sides will always contend. You’ll probably even get to see them play in Europe during the mid-week. In no particular order the Big Six are: Liverpool, Manchester United, Manchester City, Arsenal, Tottenham Hotspur, and Chelsea. While they may be the richest and most visible, many have only recently joined this club.

Liverpool’s fortunes rise and fall constantly. While dominating domestically and in Europe in the ’70s and ’80s, Liverpool wandered in the wilderness throughout much of the ’90s and into the aughts. In between, they shed the high body count hooligan reputation that earned English teams a temporary ban from Europe. Now they have a great club, great songs, a great manager, good owners, and they play attractive football. This bandwagon is ripe, and there’s always room for one more.

Arsenal helped reinvent and reinvigorate English Football in the mid-’90s and early aughts. They brought a much needed European and international flare to tactics and player recruitment. They have been coasting on those fumes from this warm glow ever since. These days (as long as they keep earning profits), title-less, trophy-less under-performance doesn’t seem to bother owner Stan Kroneke. He likely won’t relocate them like he did with his St. Louis Rams. It’s hard to know what the identity (see Manchester United) of the Arsenal team is these days, but on their day, they can be relatively entertaining.

For anyone new to the EPL, Manchester United actually used to be good—previously the gold standard of the league. United’s style of play used to be dynamic and have a point of view. They, too, played attractive football. They carefully built sides of exquisitely talented players. When United took the pitch, there was a sense of the past, present, and future of the club baked into the side. You used to automatically know who their captain was. We think the captain might be Ashley Young these days.

Chelsea used to be the team that Nazi skinheads from the National Front supported. Then after its purchase by a Russian Jewish oligarch, that, mercifully, sort of went away. However, Mr. Abromavich did make his money by privatizing a public Russian Oil Company (through bribes and skulduggery). It is one of the most lucrative crimes in the history of the world. As pensioners starved, Roman bought Andrei Shevchenko for an English transfer fee record. Abramovich’s Chelsea purchase and public presence in England might have been more about avoiding the cages in the center Russian tax courts and less about his love of the beautiful game. Abramovich ushered in the era of dodgy ultra wealthy characters using athletic success to sportswash or rehabilitate their owner’s sullied images (see Manchester City, Newcastle). This era has been remarkably successful for these owners. The clubs often benefit also. As a result, Chelsea are the only London club to win the Champions League/European Cup.

Manchester City used to be the scrappy underdogs loved by all of Oasis, Mark E. Smith, one quarter of Joy Division, and one quarter of The Smiths. Now they have more talent stockpiled than nearly every other side in the world. Their manager, Pep Guardiola, is one of the greats. It is because, since 2008, they are a fully-owned subsidiary of the United Arab Emirates/Abu Dhabi, ultimately controlled by Mohammad bin Zalman (MBZ). This petrostate club has unlimited access to capital which means they don’t run the club like a business concerned with normal business things like profit, loss, and ROI. They skirt the spending rules and caps at every juncture. They have so much money that they don’t care. The return on investment that MBZ cares about is international legitimacy. Regional despot becomes beloved international figure. This club is the thinly veiled political extension of a brutal regime. The more you cheer the beautiful passing, the less you focus on the conduct of its owners.

What price would you pay for beautiful football? However, in a world that appears presently to have a deficiency of justice, it looks like Manchester City will be banned from European competition for two years due to the fact that the governing body just realized that it breaks the rules by not functioning as a business. Without Europe as an option, likely most of their talent on the pitch and sidelines will head for the exit. We’ll know for sure in July. As The Smiths sang, “In the days when you were hopelessly poor, I just liked you more.”

The inconstancy of Spurs has been predictably consistent. Just when you think that they might arrive, they don’t. Last season, they might have peaked and it’s quite possible possible their best days are behind them. Although perhaps their decline this season will prove inconsistent and they might trend upwards. Regardless, next fall, the team will look drastically different. Good luck.

Option 2 — Pick From The Rest

Interestingly, the “Big Six” are no longer the “Top Six.” Despite having less money to throw about and less media attention, other EPL clubs manage to earn a seat at the grown-ups table through a combination of good management, shrewd recruitment, and pluck. While your return on investment is not guaranteed, you might want to test drive one of these clubs:

Leicester is an attractive choice as a recently successful club that plays attractive football.

Everton are a club of distinction that just might get things figured out.

Sting likes Newcastle, and maybe you should too. Newcastle’s rabid fanbase and a rich history offset their current slob of an owner. However, Mohammad Bin Salman (MBS)—the ruler of Saudi Arabia (and the guy that had Jamal Khashoggi dismembered in a Turkish Embassy)—is in talks to buy Newcastle. This will happen if he passes the EPL’s “fit and proper person” review that makes sure dodgy characters don’t end up owning teams. We’ll wait and see how that turns out.

Wolves are the genuine article-a team who plays bright, attacking football and they have an intelligent, charming manager. As the project of a Chinese holding company and a Portuguese super agent, what could possibly go wrong? Also they once had Doritos as a shirt sponsor and Robert Plant supports them.

Crystal Place? Watch this clip. Do you really want to make Selhurst Park part of your plans?

Southampton? Are you prepared to watch an away fixture post-relegation at Luton Town in the Championship on a match only available on a mobile phone?

To any of you Milwaukee-based fans-to-be, allow us to suggest:

Aston Villa. Would you like an underdog with an amazing pedigree? The Villa have as many European Cups/Champions League titles as all the London clubs combined. They were a founding member of the English Football League in 1888. They’ve had ups and downs and they’re at a crucial moment this season.

Aston Villa will not be competing for the league title this season. Nor will they be competing for a place in European competitions. Once the season restarts, Villa will be in a dogfight to avoid relegation and stay in the EPL. Each season, the bottom three teams in the EPL get relegated to the next lower league, The Championship. Likewise, three teams get promoted from The Championship to the EPL. Last season, Villa was promoted after a few seasons in The Championship, this season they’re trying to avoid going right back down. Currently, Villa are second from the bottom, with 10 matches to play. All of their relegation rivals have nine matches to play. Eight points separate the six teams in the relegation zone. It’s going to be gritty, hanging by your fingernails from the ledge kind of stuff. Their path, whichever way it goes, will be anything but boring.

Villa’s best player attacking midfielder, Jack Grealish, grew up nearby and he now captains the club he followed as a child. Plus he’s one of the most dynamic and creative young players in the EPL. Last season he was assaulted by a rival fan in the middle of a match. Grealish dusted himself off after being punched in the head from behind and scored the winning goal. At the post match press conference he described it as the best day of his life.

We could go on about the merits of the rest of the squad, such as Tyrone Mings, the socially conscious central defender who puts his body on the line. Also of note is John McGinn, the terrier of a Scotsman whose tenacity and determination can change matches. Before the Pause, Villa had tremendous injury problems. Now they seem to have stabilized. The new Villa owners include Wes Edens, who recently helped turn a small market NBA team you might have heard of (the Milwaukee Bucks), into contenders. Edens and his partner, Nassef Sawiris, have been willing to spend money on Aston Villa players thus far, but this side is still a work in progress. The owners are playing a long game, but staying in the league is key.

Villa have shown shades of brilliance this season, but have also displayed moments of ineptness and naivety. The time to reflect and tweak tactical and personnel decisions over the break could be just what Villa needed to steel themselves for the remainder of the season. It’s going to be a wild ride. Oh and we should mention that Black Sabbath supports Aston Villa, so maybe you should too. 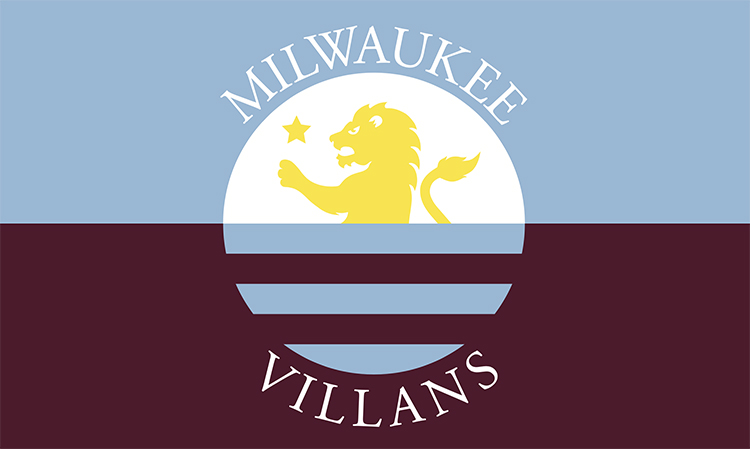