If you don’t know the name Ryan Bollis, Milwaukee music fans might recognize his work as the drummer for bands like Moss Folk, Law/Less, Galactic Cannibal, as well as serving as the bassist in The Eradicator. Though he was a longtime fixture in local music, he stepped away from those projects in January 2019 when he got married and moved to Australia.

Though he’s happy to have joined his wife in Melbourne and is settling into life in his new country, living on pretty much the exact opposite end of the planet from his native Wisconsin poses a few challenges. One of those difficulties Bollis—a self-described “lifelong Packers fan”—faces in Australia is keeping up with his beloved Green and Gold. Now that he’s been in Melbourne for close to two years, we thought it would be a good time to ask the Milwaukee expat what it’s like to back the Pack from “Down Under.”

Milwaukee Record: Generally, what’s it like to be a Packers fan living in Australia?

Ryan Bollis: It’s really weird. I have trouble finding people to talk about the NFL with. I have a few friends who are pretty into it, but one is a Seahawks fan and the other is an Eagles fan, so it’s a little rough.

RB: It’s not particularly strong, really. American Football is such a foreign game to most people I’ve met here. They have a very strong culture down here in Melbourne for the AFL—or Aussie Rules Football—so that game tends to rule above all. I do enjoy the AFL quite a bit. Go the Pies! But I miss having culture around the NFL like we have back in the States.

I work a standard Monday to Friday job as a painter at a sign-makers, and I get up at about 5 a.m. for work. So even though game days fall on work days every time for me, I luckily am able put my headphones on and listen to livestreams. It’s definitely not the same as watching with friends, but at least I can keep up with the season in real time. And considering social media, if I don’t keep up in real time, I basically have no prayer of not seeing the outcome before getting home.

MR: Even though AFL seems to be king, what seems to be the “local” NFL team in Melbourne. Are there any favorite players?


RB: Since there is such a small following here and the game times are so hard to keep up with, you’ve really got to be dedicated to be a fan. So there really isn’t a general consensus on a team here. People seem to pick cities they like, teams that have been popular or successful over the last few years, or even just colors they like. There definitely isn’t one specific team folks go for though. 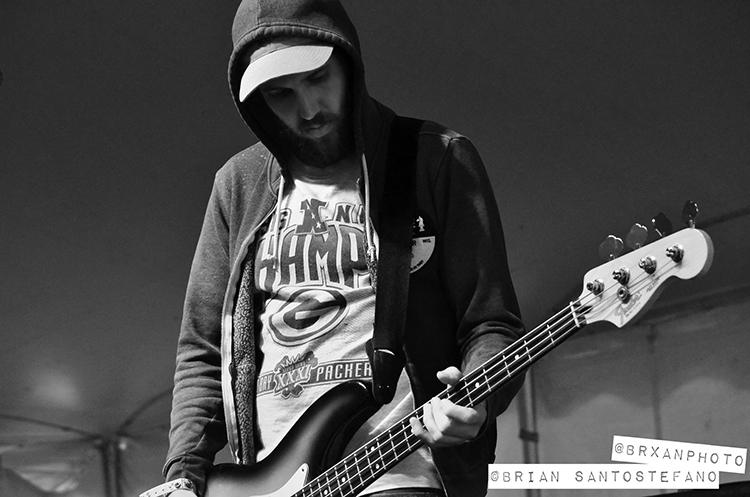 MR: Have you seen any Packers bars there? If so, what do they do to accommodate fans?

RB: Not only are there no Packers bars, but there aren’t really even any NFL bars. It’s actually pretty surprising to me. I mean, I’ve been to a Packers bar in Thailand even. But nothing here. There is a pub I like for U.S. sports called The Great Northern Hotel in an area called Carlton North, though. They play U.S. sports all the time, and everyone that goes there is a fan. And they allow dogs.

MR: What are some game day foods in Australia? Or what do you think is a good football-suited food there?

RB: Pretty much any pub food would be a good game day food here. Meat pies are a big one. They go nuts for chicken parm here, so I’d imagine lots of folks would be noshing on those during a game if you’re at a bar. Otherwise, if you’re at the house, grilling up sausages, and drinking plenty of beer would be the standard. Just like back home. Melbourne’s drinking culture is very much like Milwaukee’s, so it’s nice to have moved somewhere and not be considered an alcoholic!

MR: I doubt Hamm’s is in Melbourne, so what’s your preferred football-viewing beer in Australia?

RB: Melbourne Bitter, probably. But any cheap beer will do it for me…which there is none of here.

MR: Anything you really miss about watching in Milwaukee?

RB: Being able to actually watch games. It’s not so bad keeping up with the livestreams like I do, but I do miss going to a bar and watching with all my friends and just having a culture around it. But that being said, I keep up with friends and family about games from down here just fine.

RB: I know I’ve complained and it is definitely tough to stay on top of the Packers down here, but Melbourne is such an awesome city with a ton of new amazing things to offer. I couldn’t be happier to be down here with my wife Narelle. Go Pack! 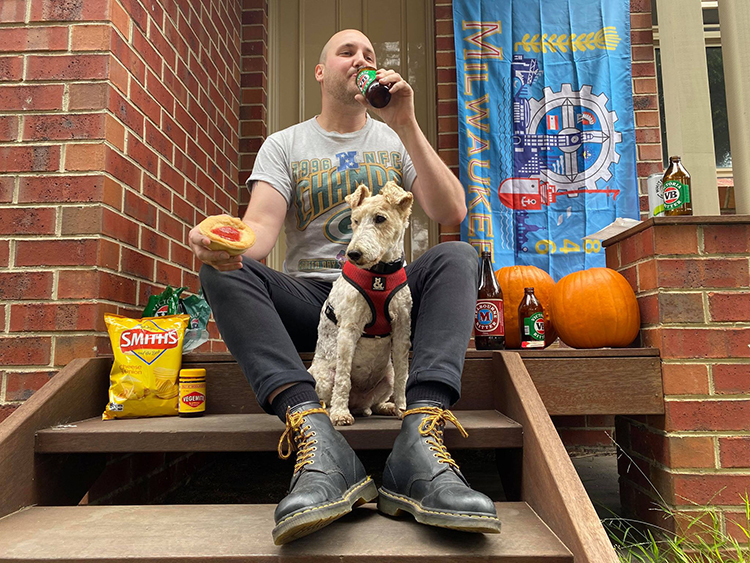