Even though the U.S. Men’s National Team failed to qualify for this year’s World Cup in Russia, that doesn’t mean Milwaukee isn’t going to have one massive soccer party anyway. Our cold-weather city has been warming up to the global sport over the past decade and it’s really been a long time coming. The World Cup oh-so-conveniently fits right into our city’s collective mentality—the tournament is really just one big, summer-long beer-soaked celebration. Milwaukee excels at that.

Before the competition kicks off on Thursday morning, we rounded up the best places in Milwaukee to watch the so-called “beautiful game,” and detailed their food and drink specials and all-around festivities for the World Cup. (Matches are scheduled between 7 a.m. and 3 p.m.; the final takes place Sunday, July 15 at 10 a.m.)

1. Nomad World Pub
Perhaps the most essential soccer bar in the city (at least the most consistently crowded), the Brady Street watering hole shines in generating a raucous atmosphere. Just recall the pandemonium stirred up the last time the U.S. men played in the World Cup. With the USMNT playing Portugal in group play on a Sunday afternoon in 2014, Brady Street had to be shut down due the amount of people who swarmed the area. For a brief moment in time, soccer was the most important sport in Milwaukee—thanks to the Nomad. Now that’s obviously an unusual occurrence that won’t be replicated this year, but expect to squish between people throughout the two levels and outdoor patio during important games.

Yeah, yeah, what’s going on for the World Cup: The bar will, of course, show all the games, but that fun party atmosphere may just head south to its new, short-term digs at…

2. Nomad Nacional
No doubt a reaction to the overwhelming response four years ago, The Nomad opened up this May-to-October pop-up soccer bar and restaurant in Walker’s Point to satiate World Cup demand this time around. The place took over from La Fuente, adorning the former Mexican establishment with a PBR mural and some even more colorful flair. It’s quite massive inside, offering two bars and plenty of restaurant and table top seating. There’s also a private event space upstairs. The food menu looks legit—in addition to an assortment of tacos (3 for $6-$11), the restaurant smacks with flavors from around the globe, including Piri Piri Wings ($9), Chicken Satay Skewers ($6), Arepas ($5) and Nalu bowls ($8-$12). There’s even the special Good City brewed summer ale, ¡Nomad!, to wash it down.

Yeah, yeah, what’s going on for the World Cup: The presumably rambunctious Walkers Point locale plans to present every match and will temporarily expand the festivities into its parking lot (dubbed the “Fanzone”). Happy hour deals include $5 house margaritas, Good City’s ¡Nomad! and all-you-care-to-eat taquitos. There will be live music on most days of the World Cup. A full list of events and specials can be found at NomadFanZone.com. 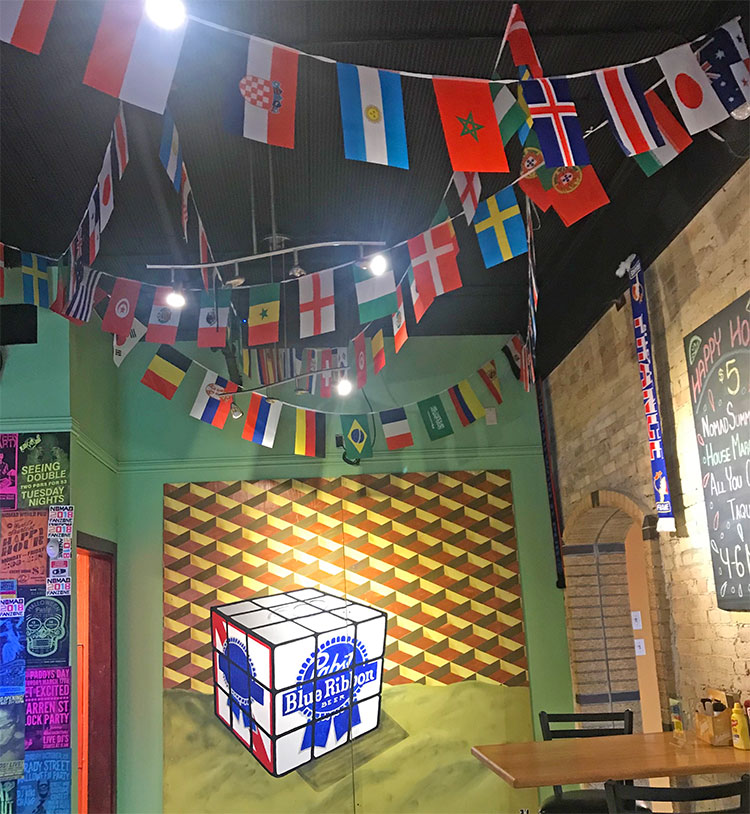 3. SportClub
The newest entrant to this list, SportClub opened earlier this year in the former Blackthorn Pub space near Cathedral Square Park. Also owned by Nomad’s Mike Eitel, the drinking establishment leans towards more refined tastes than a typical sports bar—for instance, happy hour features discounted glasses of champagne. There’s also an upscale pub-style menu featuring items inspired from cuisines across the globe. Soccer fans can enjoy a nice early-morning buzz with bottomless mimosas ($19) from 8 a.m. to 2 p.m. on Saturdays and Sundays. With a sophisticated wooden interior, it’s the swankiest place in Milwaukee to watch the big game.

Yeah, yeah, what’s going on for the World Cup: Again, the big party blow-out will happen over at Nomad Nacionale, so if a relaxed experience is more your style, you can rent out private areas (The Boot Room and Bleachers) at SportClub.

4. Three Lions Pub
This Shorewood bar is a great place to establish the necessary base in your stomach before gulping down some imports on tap. The menu relies on classic dishes from across ye ole pond—like The Full English ($11.95), which features English bangers and bacon, white pudding, two eggs, baked beans, tomatoes, mushrooms, and toast—and cheeky creations like The Big Fat Sam ($9.95), a breakfast burrito stuffed with tater tots, sausage gravy, spinach, onions, and eggs that comes with potatoes. (The latter item is a reference to the portly soccer coach Sam Allardyce—colloquially known as Big Sam—who was set to take England to the World Cup this summer until a 2016 bribery scandal caught on tape forced him to resign from the position three months after taking the helm. He has somehow coached two teams in the English Premier League since.)

Greeted by a life-sized Beefeater statue upon entering the place, this tavern lays the British kitsch on thick while still retaining some real character. The two long bars (thanks to a 2014 expansion that extended the space into the former Big Bay Brewing Co.’s tasting room) and the 15 televisions mean there are no bad seats in the house. And for those eating in groups, the slim booths along the wall provide everyone a view without being crammed together along the bar.

Yeah, yeah, what’s going on for the World Cup: Not only is this establishment playing every game of the competition, a free breakfast buffet will be offered every weekday morning while supplies last, granted that you purchase the bar’s featured beer or cocktail. To celebrate the final, the street is being closed off to traffic, where the game can be watched on a big projection screen. 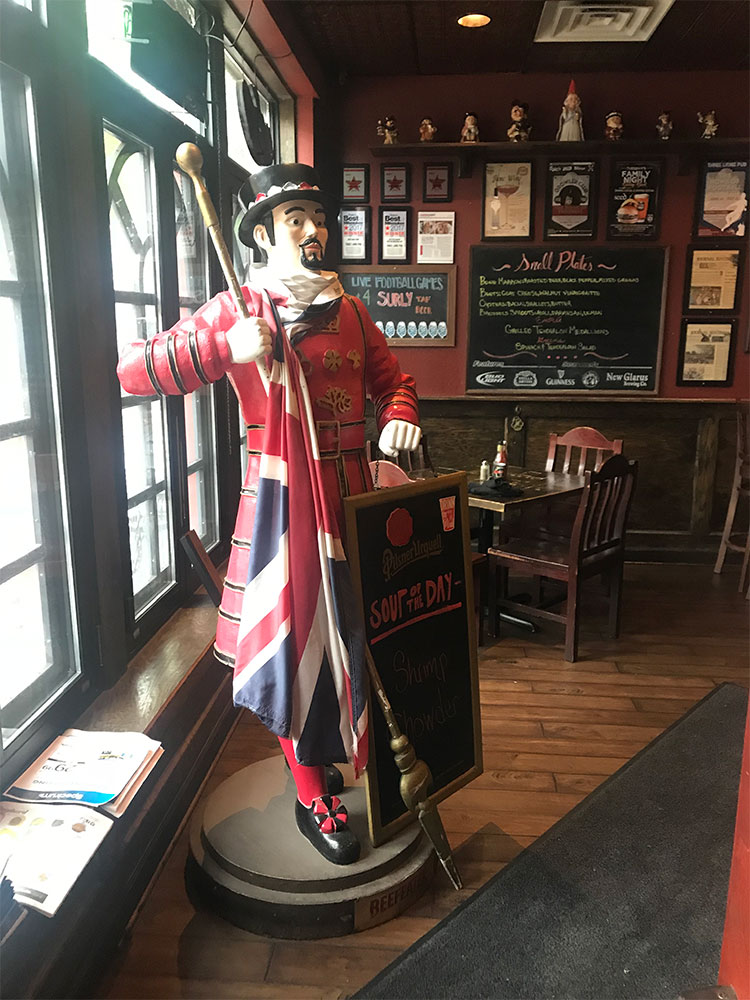 5. Red Lion Pub
Red Lion Pub, the younger brother to Three Lions, derives some of the charm of its predecessor—like the vintage red telephone booths and the English pub-focused menu—but the Tannery Row establishment’s true appeal lies in its roomy second-level outdoor patio. With a view of the Milwaukee River, the space is one heckuva summer hangout. Plus, the rooftop area boasts the city’s only soccer-pool table, a bar game that reimagines billiards with adult-sized soccer balls.

Yeah, yeah, what’s going on for the World Cup: Like Three Lions, this counterpart offers a free weekday breakfast buffet with the purchase of a featured adult beverage—again, while supplies last. There’s a rooftop party for the final, which will feature food and drink special, giveaways and “entertainment.”

6. The Highbury
The Bay View bar (named after the former stadium of Arsenal Football Club) is a welcoming oasis for fans of all clubs and countries. Look no further than the affable owner, Joe Katz. When he’s not behind the bar grabbing drafts and bottles for customers, he’s passing out complimentary chocolate chip cookies made fresh from the pizza oven. That warm attitude rubs off on his customers—soccer fans are notably a prickly bunch to rivals, but not here. The Highbury is a cozy place that feels like home whether you’re the only person in the joint or it’s packed to the gills with, ugh, screaming Chelsea fans. There’s no better spot in the neighborhood to watch the, um, Bay-View-Tiful Game (sorry).

Yeah, yeah, what’s going on for the World Cup: Because of the easygoing attitude and confined quarters, The Highbury doesn’t need special promotions and big parties to bring in a crowd—so it’s not really trying this year. However, on Sunday, June 17, around 200 tamales will be passed out during the Mexico v. Germany match, which kicks off at 10 a.m. So you might want to get there early before the bar reaches the 80-person capacity. 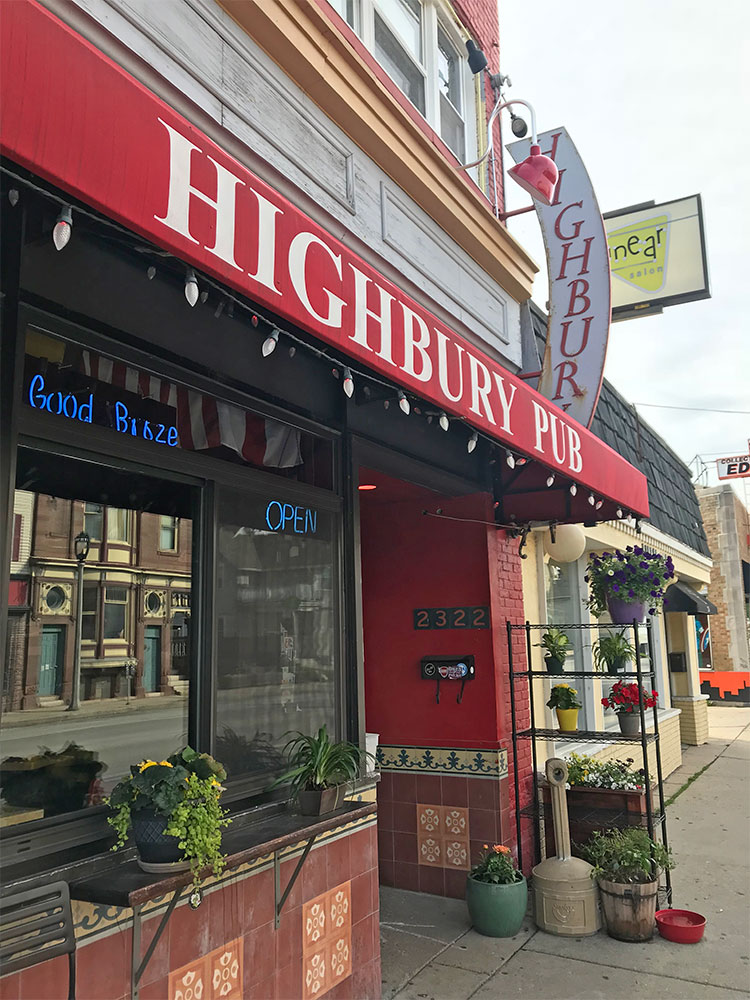 7. Moran’s Pub
Yes, South Milwaukee has a full-on soccer bar. That’s thanks to James Moran, who after taking over ownership of the more than 20-year-old establishment from his parents last year, turned the Irish pub into a soccer fan’s paradise. It’s quickly becoming one of the Milwaukee area’s go-to spots to catch a game.

Yeah, yeah, what’s going on for the World Cup: In addition to drink specials for every match, the Irish pub is serving up 9″ personal pizzas ($5) and, uh, 12″ breakfast pizzas ($8), too. During Mexico’s group stage games (June 17, June 23, and June 27), the bar will be raising funds for the Wisconsin Hispanic Scholarship Foundation with Azteca Resturant MKE providing delicious Mexican cuisine. The audio for the matches will be in Spanish. 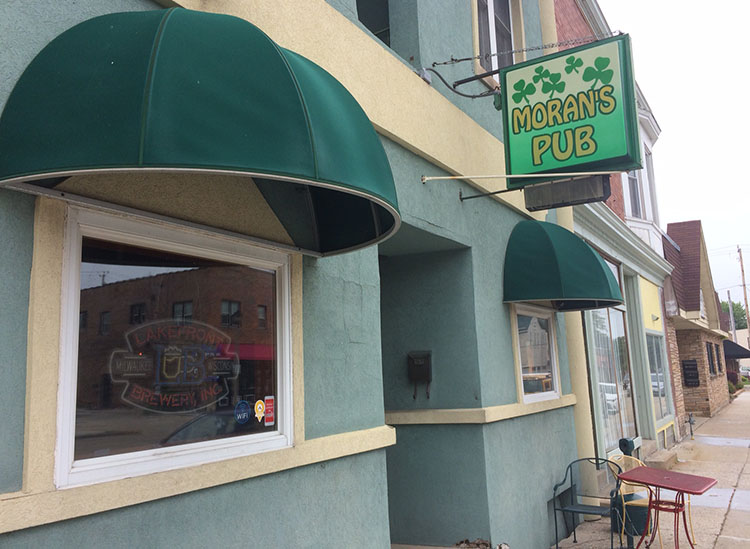 8. Bremen Cafe
This corner bar in Riverwest is better known for free live music and cheap beer than a strong left foot, but the Bremen Cafe does indeed show English soccer games every Saturday morning. The complimentary coffee can stave off the headache from the Friday night out, and hey, you can even snag a free bagel on big game days.

Yeah, yeah, what’s going on for the World Cup: Bremen Cafe doesn’t plan on opening early for the competition (that is, unless customers demand early opens, according to the bar), but the games will be on during the normal hours.

9-11. The Lowlands Group (Café Bavaria, Café Centraal, Café Hollander)
More bicycle-themed sanctuaries than soccer hubs, these inescapable European-style restaurants under the Lowlands Group boast impressive beer selections from across the world. Anybody looking beyond the typical imports like Krombacher, Carlsberg, and Guinness should hit up these places to grab a beer and catch a game.

Yeah, yeah, what’s going on for the World Cup: The restaurants will offer drink and food specials, plus opportunities to win prizes (every location will raffle off a soccer jersey and a television). Each place will open early for some games but not all—Café Bavaria plans to show every match except for the one 5 a.m. outlier (France v. Australia on June 16). A full schedule can be found at WorldCupMKE.com. 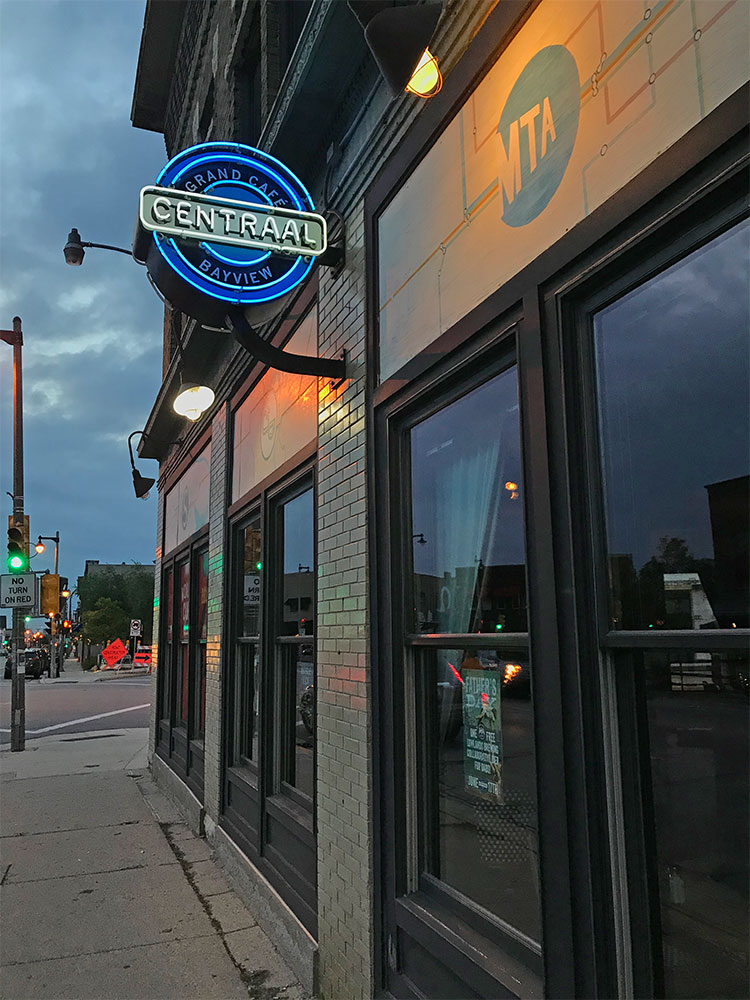