And so it’s time to hail the glorious return of said Platinum Boys! Yes, the ragtag group of Joey Turbo, Matt “Mayhem” Pappas, Casey Hughes, and Henry Chern are back with an on-point and speed-fueled single, “Happens All The Time.” It’s the first new PBoys music since 2018’s We Don’t Dance (Anymore) EP. We could go on and on about how much “Happens All The Time” rules and how much it needs to be blasting from every radio in town, but just listen:

“Happens All The Time” is the leadoff track from the upcoming Raw Romance LP, which drops tomorrow on Dusty Medical Records. Surprise! The album was recorded by Shane Hochstetler at Howl Street Recordings (during the Milwaukee Brewers’ run in the 2018 NLCS, no less), and mastered by Carl Saff. Can you pre-order Raw Romance right this very second? YES YOU CAN. Does Dusty Medical have new records from Space Raft and Drugs Dragons in the works, as well as a 10th anniversary re-release of The Trusty Knife’s self-titled debut? WE’LL HAVE MORE INFO ON THAT SOON.

Platinum Boys don’t have an official Raw Romance release show on the books quite yet, though they are playing Friday at The Mothership for Joey Turbo’s birthday. After that, they’re hitting the road for a few weeks, and will return to Milwaukee on November 16. Check the tour dates below, and shout the good news from the rooftops: Platinum Boys are back! Thank god. 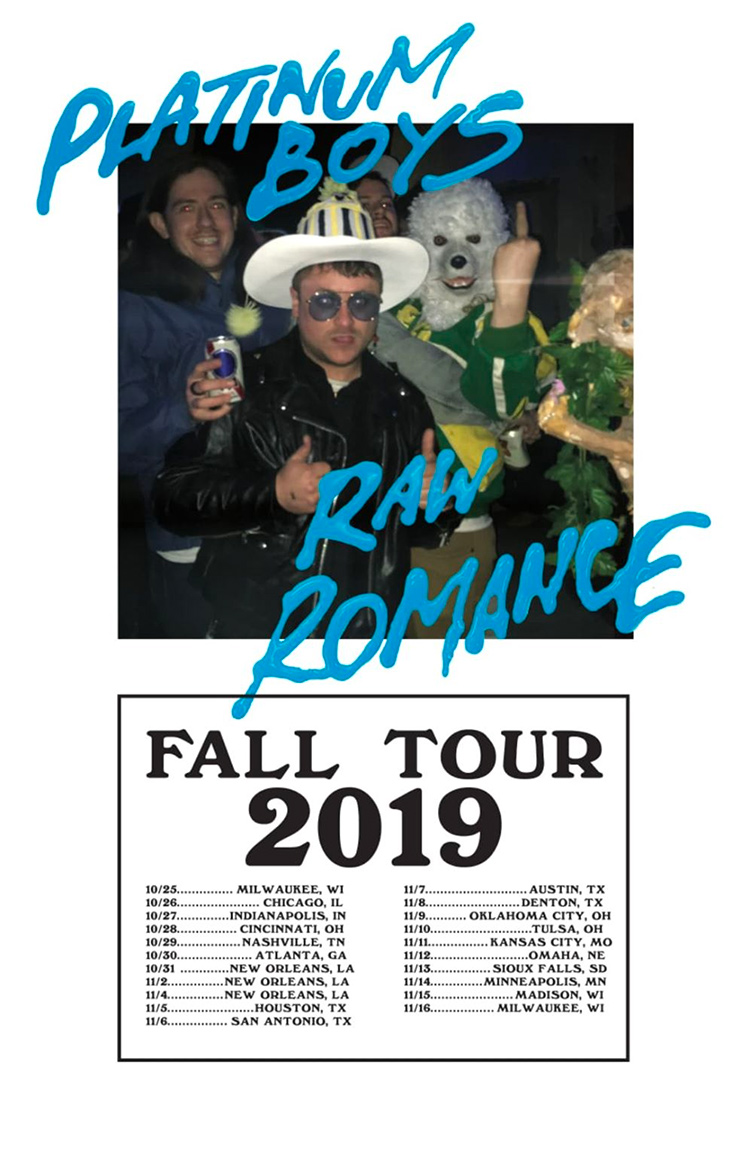