Our fat-free, dolphin-safe Milwaukee events calendar is chock-full of things to do, but only a handful of events are worthy of the lofty honor of “Record Recommended” (patent pending). Here are our recommendations for July 26-August 1, 2021.

Chill On The Hill: L’Resorts + Holy Pinto @ Humboldt Park
If there’s one Milwaukee band that practically screams “SUMMER MUSIC!” it’s L’Resorts. The “tropical-pop” project spearheaded by Lady Cannon namesake Martha Cannon and Jaill founding member Vincent Kircher has made the most of its three-year existence, releasing a handful of excellent records and singles, and even a few holiday offerings. The group’s latest LP, Sad Happens, is billed as a children’s album (sample songs: “Vegetables,” “Sleep Tonight,” “Helping Out”), but its breezy and summer-y sounds are perfect for humans of all ages.

Brendan Kelly + Seth Gile @ The Cooperage
Chicago punk legend Brendan Kelly—whom you might know as a former Slapstick and Broadways member or from his modern day work with The Lawrence Arms, The Falcon, and his hilariously bleak Nihilist Arby’s Twitter account—is also one hell of a solo artist. Recently, Kelly announced his CDC-approved return to the stage in the form of his “Here Goes Nothing” tour. The 20-show summer jaunt kicks off right here in Milwaukee with a performance at The Cooperage. Seth Gile from Arms Aloft will play in support.

Jon Dore @ The Laughing Tap (8 p.m. and 10:15 p.m. shows)
Comedian and actor Jon Dore is no stranger to Milwaukee, having shared the stage as an opener for such noted comics as Nikki Glaser and The Sklar Brothers in somewhat recent stops. Dore will make his Milwaukee return by headlining four shows at The Laughing Tap in two nights, where he’ll treat the intimate club’s crowds to road-tested musings, his dry wit, and his Canadian charm.

Buffalo Nichols @ The Back Room @ Colectivo
“I think a lot of what’s been lost in the blues since the early ’60s is the black experience, so I try to sing about that.” So says Milwaukee musician Carl Nichols, known for his work in celebrated folk duo Nickel & Rose. “I can’t escape racial realities,” he continues, “but I’m also aware that my audience is different than me, so the way they receive my message is different. I have this nostalgia for an era where blues musicians sang about their experiences to their own people, but that audience isn’t there now.” A three-night residency at The Back Room @ Colectivo was canceled in 2020 due to COVID-19, so don’t miss this long-overdue chance to see Nichols perform solo.

WWE Supershow @ Fiserv Forum
Hot off gifting your Milwaukee Bucks a championship belt (worn in the Bucks parade by Bobby Portis), the WWE rolls into town with a RAW/Smackdown Supershow. What’s on the bill? How about Roman Reigns vs. Rey Mysterio and Dominik Mysterio in a 2-on-1 Handicap Match, Rhea Ripley vs. Charlotte Flair for the RAW Women’s Championship, Bianca Belair vs. Bayley for the Smackdown Women’s Championship, and much more. Oh, and the one and only John Cena, in town for one of his “Summer Of Cena” appearances!

Puerto Rican Family Festival @ Wilson Park
After taking 2020 off, Puerto Rican Family Festival is back with an explosion of congas, trumpets, and the smell of carne frita and maduros. Those who attend can expect the same level of excitement, the same quality of food, and the same beautiful sendoff to the summer the festival usually gives. The August 1 festival runs from 11 a.m. to 7 p.m. 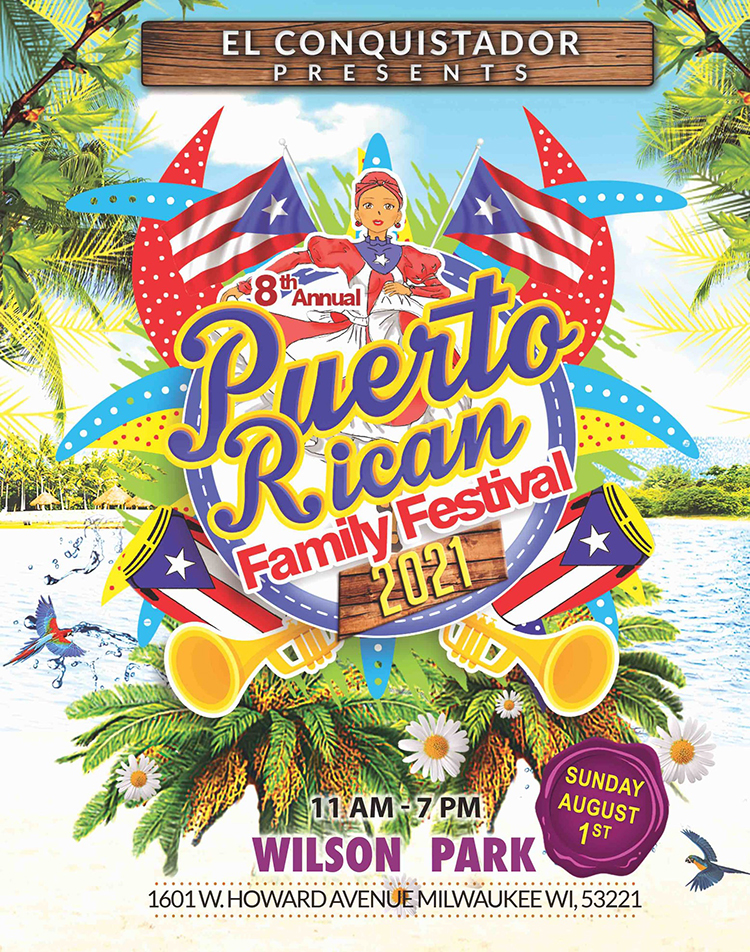