For the past four decades, the annual Locust Street Festival of Music and Art has been one of the city’s best street fests, celebrating all that is good, right, and drum circle-y in Riverwest. This year’s installment—the festival’s 40th—once again featured the ever-popular 1.8-mile Beer Run, eight hours of music from groups both old and new, food, drinks, crafts, and stellar people-watching. Oh, and ill-advised palm reading. Milwaukee Record contributors Cal Roach and Maggie Iken were on hand to deliver this minute-by-minute recap.

11:24 a.m. – First “Drink Wisconsinbly” T-shirt sighting. We were expecting to be enjoying the weird sounds of Sigmund Snopek III already, but his set hasn’t started; he’s currently soundchecking a 10-foot-long alpenhorn. This could be a very loooong day. [Cal Roach] 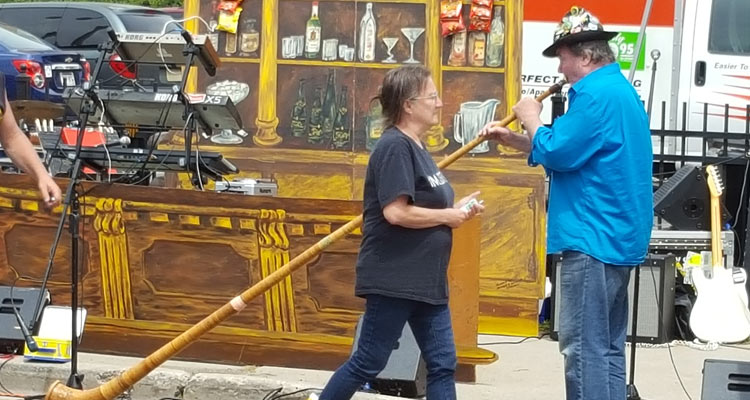 11:38 a.m. – Sigmund is blowing inspirational melodies on said horn as the Beer Runners pass by his installation. Everyone looks so energetic and sober. [CR]

11:46 a.m. – Some runners, clearly not in the spirit of the Beer Run, have already crossed the finish line. Bluegrass outfit Chicken Wire Empire welcomes them to the Tracks Stage area. The scattered tables are adorned with plastic white tablecloths and huge black plastic ashtrays, creating a circa-1986-family-reunion-at-the-VFW atmosphere. [CR]

12:02 p.m. – Cree Myles takes the Riverwest Public House stage with her band, opening her set with a Nina Simone song, “To Be Young, Gifted And Black.” Her positive energy is contagious, and her musicianship is evidenced by her ability to croon a Waka Flocka Flame cover in her soprano range. Her guitar player looks so young that he may still be in high school, but he plays at a skill level beyond his age. [Maggie Iken] 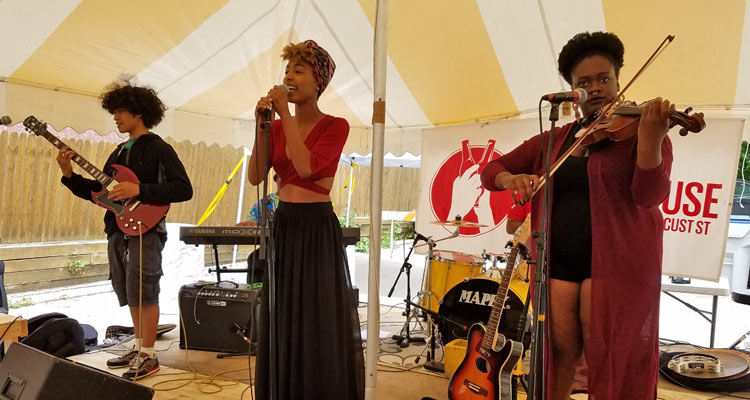 12:05 p.m. – “Ever been to Hurley?” asks Snopek during an extended rendition of his classic “Fug A Muskie.” He’s got Royce Hall wailing away on guitar for at least a good portion of his set; Hall’s reunited Mosleys will play to a massive sprawl of humanity outside Linneman’s later in the evening. [CR]

12:37 p.m. – Lovanova bassist Joey Carini sports a Feck T-shirt, which is reason enough to check the band out for a bit. They’re equal parts old-school prog and modern jam-band, except you rarely see a guitar player with such a natural, funky sense of rhythm in those genres. We’re sort-of dancing and we haven’t even started drinking. [CR] 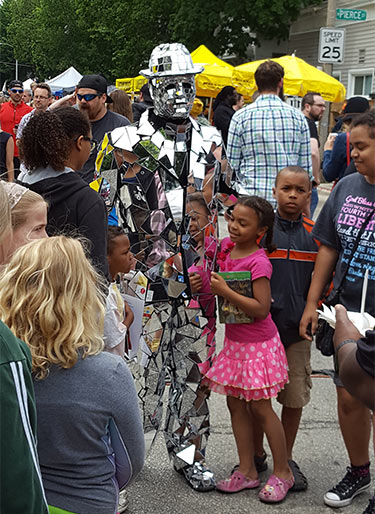 1:05 p.m. – A guy dressed all in shards of mirrored glass walks, um, carefully down Locust Street. One suspects he is the type of person who does not mind being the center of attention. [CR]

1:06 p.m. – Celebrating their one year anniversary, Ruth B8r Ginsberg performs a beautiful set on the Public House stage. The crowd is captivated by the group’s ethereal harmonies (“Little Bird”) and activism (“Mary”). It’s difficult to peg the band for a specific genre, as they move seamlessly from bluegrass to a cappella to pop. [MI]

1:20 p.m. – We’ve started drinking. The Lakefront beer tents are selling smaller cups than in years past and charging only $4.50 per beer, which probably generates more automatic tipping than an even-dollar price. All tips, by the way, are being donated to Vietnam Veterans Against The War. Seems like an everybody-wins fundraising strategy. [CR]

1:37 p.m. – Chicken Wire Empire is well into its second hour of performing over at the Tracks stage. Consisting of five members, none of whom are drummers, the group stays tight and together throughout a multitude of choruses and solos. [MI] 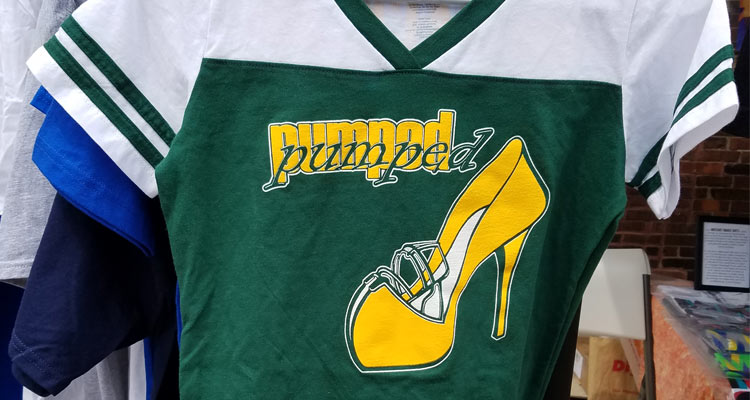 2 p.m. – Lakefront Brewery, the main sponsor of Locust Street Festival, brewed an Extra Pale Ale for the event’s 40th anniversary. The beer proves to be a lighter alternative to the Lakefront IPA and Riverwest Stein that may be a bit heavy for day drinking. [MI]

2:11 p.m. – “We haven’t been here in a few years,” says Sat. Nite Duets‘ Stephen Strupp. “We were unofficially banned following a bad performance.” Hmm, we sheepishly recall writing something perhaps less-than-flattering about that 2013 performance for some website called A.V. Club Milwaukee. We’d provide a link to that article if we could… [CR] [Found it. – ed.]

2:19 p.m. – After securing a table inside at Linneman’s for Ugly Brothers, we’re greeted by the band’s bassist, Alex Heaton. He is excited about this year’s Bandsketball tournament, and then divulges that he thinks dunks should be worth three points in the NBA. Yeesh. [MI] 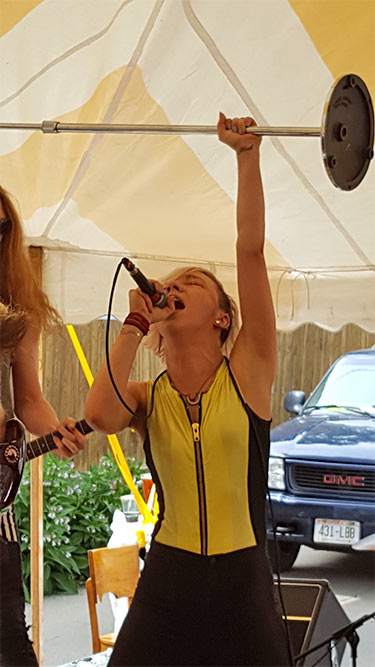 2:31 p.m. – While the “Hey Jude”-era Beatles probably couldn’t have pulled off a convincing rendition of “I Wanna Hold Your Hand,” it’s somehow comforting that Sat. Nite Duets can still whip out “All Nite Long” without irony. It’s a different band than the one we recall from five years ago, when a bar full of people might’ve been belting this one out along with them, but there’s a distinctive musical pranksterism that hasn’t gone away. This set has us getting really excited for the band’s new album. [CR]

2:35 p.m. – A special dedication to Platinum Boys closes the set: a cover of Jimmy Buffett’s “Margaritaville.” At least this has everyone singing along. [CR]

2:44 p.m. – Ugly Brothers start a tad late, but being seated inside is a nice break. They power through mostly older tunes, playing a rendition of “Stray” while guitarist/banjoist Palmer Shah changes a broken string. While many festival-goers prefer to stick to the outdoor stages, the room is completely packed. [MI]

3:07 p.m. – We’re still not quite sure what a “Dreamsnake” is, but the imagery becomes a little clearer in our heads following each no-holds-barred Tigernite set we catch. The band’s new Blood Moon EP couldn’t hope to capture this kind of energy on record; the new songs really come to life under the Riverwest Public House tent. [CR]

3:30 p.m. – Rushing from Linneman’s to the Lakefront stage, we’re able to catch the last three tunes from Rocket Paloma. The band, which began as a solo project for frontwoman Joanna Kerner, has evolved from quiet, coffee shop-friendly singer-songwriter material into a loud, hard-hitting pop-rock group. Guitarist Jack Beyler adds complexity and texture to the songs with his melodic, poppy solos. [MI] 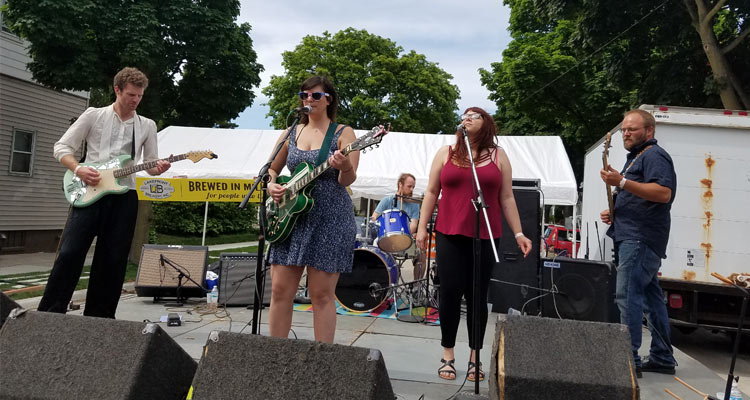 3:43 p.m. – “Are there any single guys in the audience?” asks The Whiskeybelles‘ Chrissy Dzioba. A dude in a black T-shirt that says “I’M AVAILABLE” raises his hand, but he refuses to give out his name at the Belles’ insistence. Unfazed, the ladies proceed to practice their chicken-calling techniques during the infectious “Never Trust A Woman.” [CR]

4:14 p.m. – We’ve deemed the Linneman’s outdoor stage to have the best sound balance in the festival. Soul Low‘s set is in full swing, as frontman Jake Balistreri tells the crowd to watch out for the band’s upcoming vinyl release. [MI] 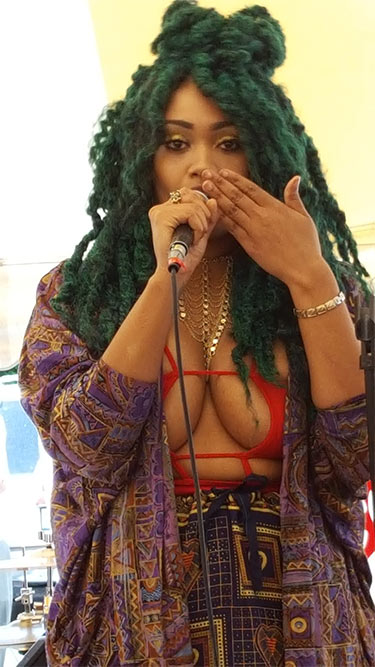 4:28 p.m. – Zed Kenzo joins Queen Tut for their collaboration “Carrie’s Revenge,” but it’s Chakara Blu who brings the house down on this number. Amidst the extravagant costumes of her fellow performers, Chakara comes off as unassuming until she takes the mic and electrifies the crowd. [CR]

4:57 p.m. – Taj Major steals the spotlight during Zed Kenzo’s set for a string of verses every bit as powerful as Chakara Blu’s a few minutes ago. There’s nothing taken away from the star performers; the slew of guests during these sets only serves to heighten the sense of community empowerment that’s rippling through Riverwest these days. [CR]

5:25 p.m. – Bo Triplex And His Beautiful Band are currently playing a new song that might be called “Save Me From Me,” and it is fucking bizarre. Sure, it’s still funky; just don’t expect us to try and categorize it. [CR]

5:58 p.m. – Platinum Boys start a tad early, opening with “Candy.” Closing with an Eagles cover, we regret not having a beer in our hands for the raucous set. The energetic crowd is packed under the Public House stage tent, dancing and head bobbing throughout the duration of the performance. [MI]

6:14 p.m. – Is the city still getting used to a fully electric Myles Coyne? The erstwhile folk singer now fronts a rock power trio, in case you hadn’t heard, and they’re pulling off a solid cover of “Dear Prudence” for an admittedly sparse crowd. Maybe everyone’s eating dinner. [CR]

6:40 p.m. – Fuck it, we’ve got time to kill and we’ve walked by this palm-reading table about a dozen times today. We relax in a lawn chair while the proprietor, George Sand, finishes up with a young couple. A small box of business cards sits on top of Dave Stewart’s Memoir, Sweet Dreams Are Made Of This. [CR] 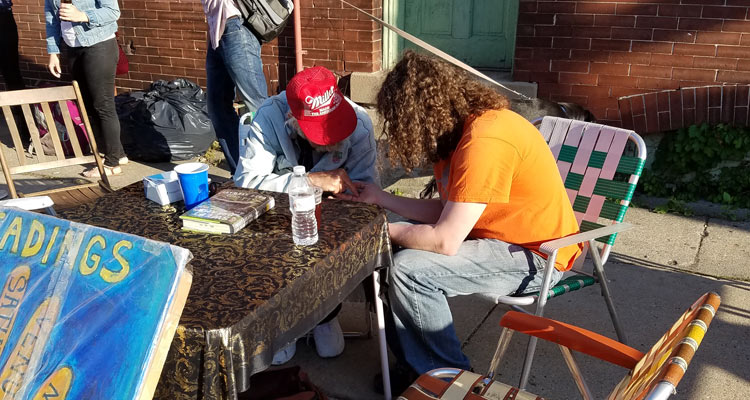 6:55 p.m. – That’s 10 bucks and 10 minutes we’ll never get back. We wish we had something even remotely worthwhile to show for it, but not even a clever quip comes to mind. Our palms held nothing but good news, yet our soul still feels somehow crushed for the only time today. Perhaps further meditation is needed. [CR]

7:05 p.m. – D’Amato takes the stage with his nine-piece band for the Public House stage’s final set. An enthused and dancing crowd welcomes his songs, including the energetic “BPA Free” and the risqué “Raspberry Fingers.” Influenced quite clearly by Prince, D’Amato dons a purple suit in homage. He even takes a brief moment to call out missing band member Jay Anderson, who is playing with Foreign Goods down the street at the same time. [MI]

7:29 p.m. – An added perk of catching Foreign Goods‘ headlining slot at the Linneman’s outdoor stage: the dance clinic put on by Chris G of New Age Narcissism as Jay Anderson eggs him on via saxophone. [CR] 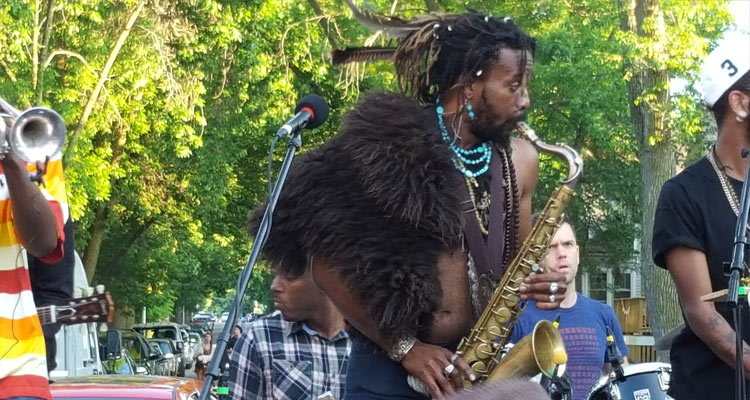 8:06 p.m. – The power cuts out in the middle of Foreign Goods’ last tune; apparently curfew is strictly enforced. There were a few untogether moments during the 11-piece band’s set, unsurprising given the diverse mixture of styles they combine, but the moments when they gelled were thrilling. [CR]

8:52 p.m. – “This is the official glitter afterparty of the festival,” announces Q The Sun; we are now inside the Public House and somehow still vertical. “You are witnessing a very lit soundcheck.” Indeed, DJ Yung Zucchini has the packed house gyrating. Clearly most of these people are younger than us and/or haven’t been drinking since midday. [CR]

9:16 p.m. – Lex Allen adds an extra spoken-word verse to the end of “Shapeshifter”: “Are you a top or a bottom? / Do you know what an enema is? / Are you even gay? / I’ll fuck ya anyway.” We laugh deliriously, hoping we’re going to remember all of this in the morning. [CR]

10 p.m. – In fact, we’re positive we won’t forget any of this in the morning, but we’re too exhausted to stick around for Lex’s second set. We won’t bother listing all the guests we’ve already seen, and we’ll try to forgive ourselves for missing out on the “Cream And Sugar” performance that’s surely still to come. Locust Street took everything out of us, but we wouldn’t have missed it for anything in the world. [CR]