Way back in early March, we alerted you to an upcoming tour that singer, rapper, and producer T-Pain was about to embark upon called “Road To Wiscansin.” As the name suggests, the 18-show jaunt, which started in San Francisco on May 10, will conclude with a show right here in Wiscansin, er, Wisconsin.

In fact, the tour’s finale—scheduled to take place at The Rave / Eagles Club on Saturday, June 11—will double as a full-fledged festival called “Wiscansin Fest,” which will kick off at 3 p.m. and feature performances by T-Pain and some “very special guests.” Recently, T-Pain revealed who those very special guests will be and, wow, the makeshift festival with a funny concept is now a can’t-miss event.

Wiscansin Fest will feature none other than Lil Jon, Juvenile, Hannibal Buress’ hip-hop alter ego Eshu Tune, and a bevy of other undeniable talents. Though “experience” packages sold out fast, there are still VIP Merch Packages and general admission tickets available at this time. You can check out the full Wiscansin Fest lineup below. 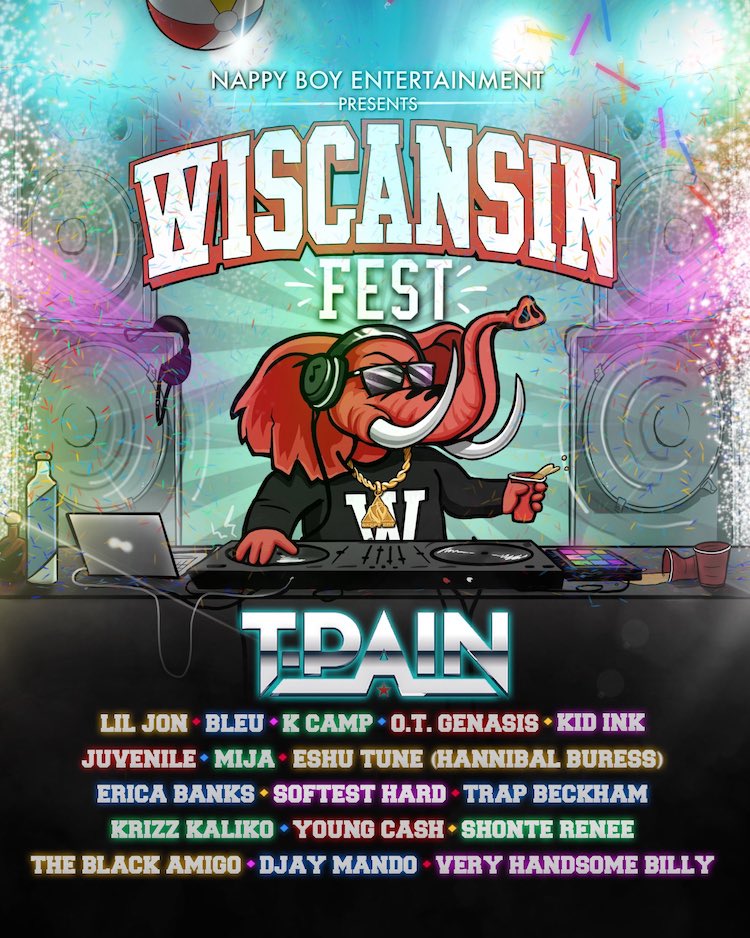