Can you remember all the way back to mid-October? Barack Obama was President. Milk, bread, and gasoline were all sold for approximately as much as they are now, and a plucky young publication announced a benefit show. For those who happened to miss the original announcement, the inaugural “Local Coverage” features a total of eight local bands covering eight other local bands in effort to bring Milwaukee’s scene closer together. If the unique concept isn’t enough to capture your attention, the show is also a benefit for Girls Rock Milwaukee. Every cent of the $5 cover will go to support the organization.

Since the show was announced, there have been a few developments. In no particular order, here they are:

2.) We have a host! With an admittedly convoluted concept and some breakdown/set-up time to deal with between some bands, we thought it would make sense to bring on someone who could introduce every band and entertain people during the rare occasions bands require time to get ready. Thankfully, Milwaukee comedian, educator, and Goodnight Milwaukee Show host Tyler Menz offered his services to the event.

3.) We have a sponsor! Ale Asylum, a great Madison-based brewery, stepped up to offer us assistance in bringing this show to life. In addition to printing our flyers (more on that later), they’ve partnered with Club Garibaldi to offer a 50-50 raffle that will bring Girls Rock even more money, while giving those in attendance a shot at winning some great prizes (which we’ll announce in January) in the process. So drink a Hopalicious or (unofficial winter beer of 2014-15) Big Slick and support a brewery that supports the empowerment of young women through musical collaboration.

4.) We have a flyer! Milwaukee artist and animator Travis Whitty offered his time and talent to make this gorgeous design for the show.

For more information on the show, check out the event listing. See you January 16. 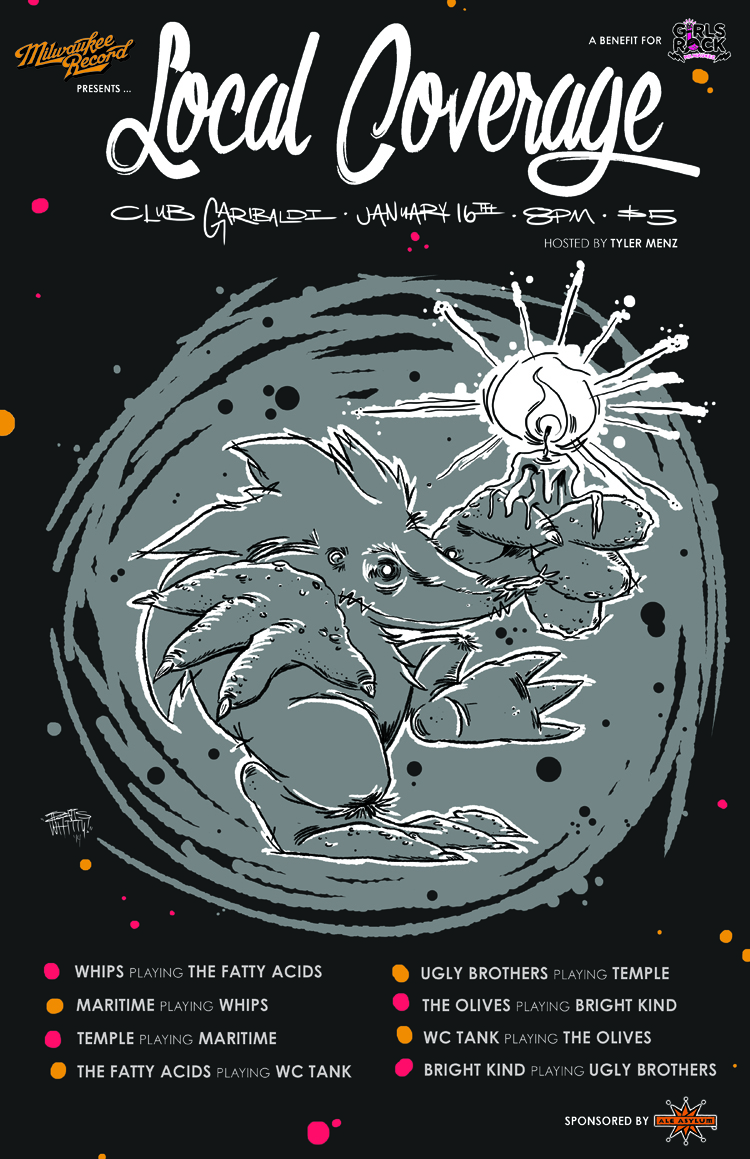