John Riepenhoff is an engineer of artistic platforms for the expression of others. He co-owns The Green Gallery. David Robbins is the author of seven books, including Concrete Comedy: An Alternative History Of Twentieth-Century Comedy. His art is in the collection of the Metropolitan Museum of Art, New York, and many other museums.

John Riepenhoff: The discovery of a metal monolith in the Utah desert has made international news this past week.

David Robbins: Yes. It made straight news first, then art news—the reverse of the usual sequence. Most often, when it’s some kind of quirky sculpture thing like this it is first taken up by the art world, after which it sometimes enters general discourse. When I brought the monolith to the attention of a New York art world gadfly last week, he responded, “What’s the big hoo-ha?” He looks at everything through the prism of the art world and missed this distinction.

JR: The discovery of an anonymous object in the middle of nowhere parallels the ending of your recent book, Accrochage. Something must be in the air.

DR: So it seems. The object happened upon at the end of Accrochage is more inventive, hopefully, than the Utah monolith, with its ersatz 2001: A Space Odyssey vibe. I suppose whoever authored that Utah monolith may have been interested in playing like a tuning fork the popular culture coordinates of the mysterious monolith in 2001, but I find it corny. I think most people do. If the point was to render an “alien” mystery of that kind banal, then bravo, but I doubt that was the intent.

JR: Why do you think an art object in the middle of nowhere has resonance now?

DR: Anonymity is a big part of it. We are constantly barraged with brands, and the art world, which purports to be a bubble of anarchy, offers no respite from that. Famous artists are brand names, and young artists are encouraged to find their brand. It’s a side-effect of the evolution from “art world” to “art system,” which itself is part of the ongoing process of absorbing contemporary art production into the global culture industry. But an anonymously made object of a certain sophistication, happened upon in the middle of nowhere, doesn’t lend itself to that kind of thinking. Consequently it’s a hit of pure oxygen. We don’t know who made it, we don’t know why it’s in that location, we don’t know the intent. There’s no brand. An anonymous object in the middle of nowhere eludes the art system. That’s appealing at a time when a lot of people are interested in identifying ways to protect art from the art system.

JR: The object in Utah really exists only as a photograph or a video for most people, as part of a mass media story.

DR: Right. We’re alive at a time when ideas of real and fake news are duking it out. To insert into real space an object whose author, origins, intent, and meaning can only be speculated about is to produce a kind of fiction. Such an object checks all the boxes. It’s custom-made for the instability of journalism at the present moment.

JR: Do you want to talk about the object encountered at the end of Accrochage?

DR: And spoil the surprise? 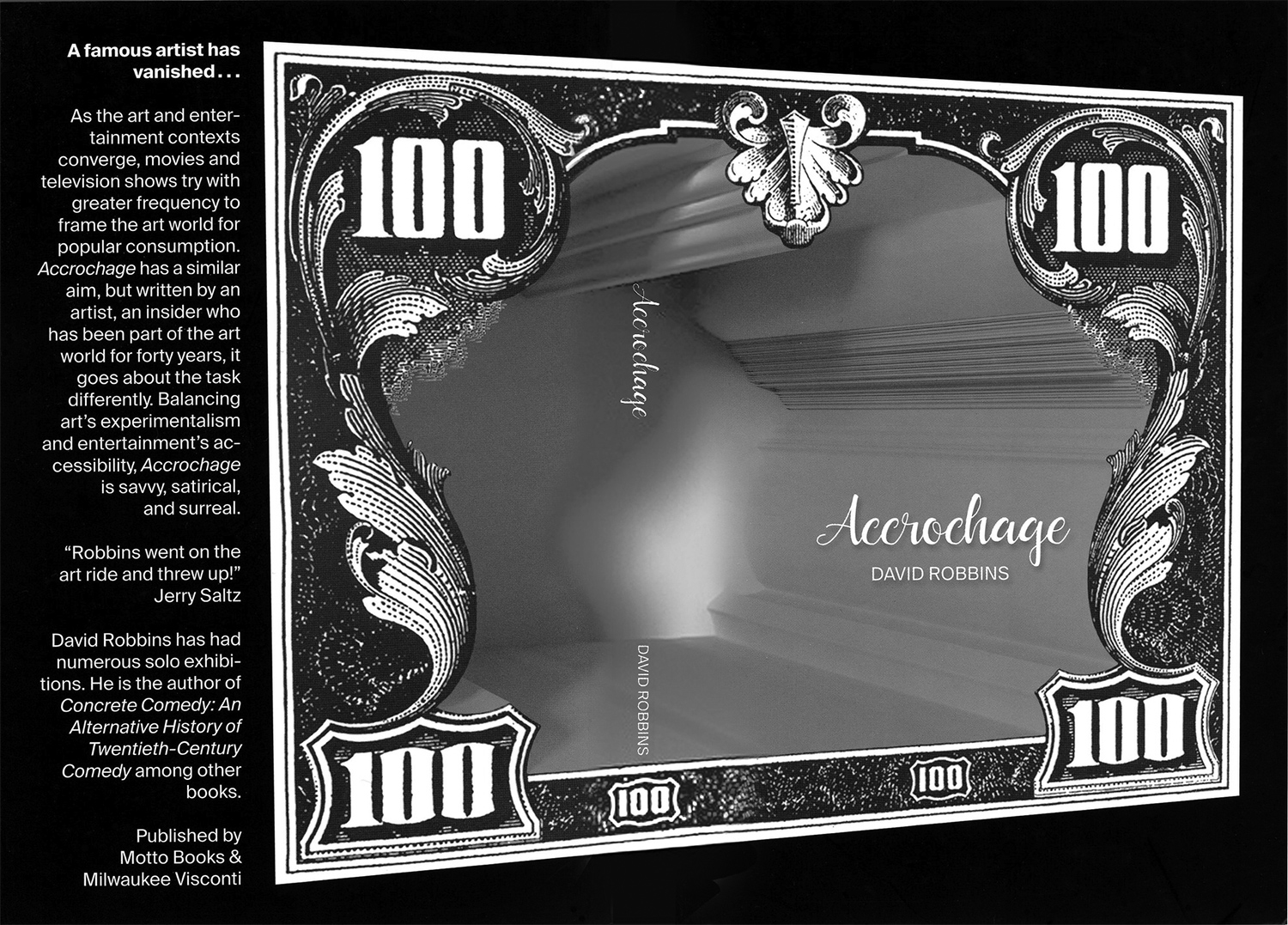