This Is It! has been a Milwaukee institution for more than 50 years. The unassuming bar, tucked away at 418 E. Wells St., is both Milwaukee and Wisconsin’s oldest gay bar, and one of the top 10 longest running gay bars in America. Back in January, This Is It! doubled in size when it expanded to the dining room of the former Louise’s restaurant next door. Now, following approval from the city’s Licenses Committee on Monday, This Is It! has formerly announced plans to host 18+ events for patrons not yet 21.

“18+ night? We did what?” proclaims This Is It!’s Instagram account. “That’s right…coming in May we will begin hosting 18+ Wednesday nights at This is It! More details to follow, but can officially say we will be opening our doors and new dance floor at least once a week to our 18+ LGBTQ friends and allies – AND select drag shows too! No alcohol for those under 21, sorry that law still applies!”

In order to do this, This Is It! has secured a Center for Visual and Performing Arts License. The license allows 18-year-olds to hang out where alcohol is served only if a space is big enough—or if a space contains, according to Licenses Committee Chair Nik Kovac, a “culturally significant display of artwork.” This Is It!’s new space wasn’t quite big enough to qualify, so…

Enter the Wisconsin LGBTQ History Project, an education and outreach program of Milwaukee Pride, Inc, the 501c3 organization that produces PrideFest Milwaukee. At Monday’s meeting, author Michail Takach detailed plans to bring his online-only project to the real world by installing “the first semi-permanent exhibit of LGBTQ history” inside This Is It! Takach’s project started in 1995 as a table exhibit at PrideFest, and his since grown to become the “largest and most comprehensive digital collection of local LGBTQ history.” The real-life version would be an exhibit “that can be rotated, that can feature our research, that can connect people with their history and heritage, and that can make it part of the everyday instead of a website they may or may not visit.”

Takach, who previously worked with This Is It! on the installation of the rainbow crosswalks around nearby Cathedral Square Park, noted that the bar’s historical significance makes it a perfect fit for the exhibit. The site, he said, could become an “educational and/or a tourist attraction for visitors who are LGBTQ.”

The exhibit is expected to be installed and unveiled in two to three months. 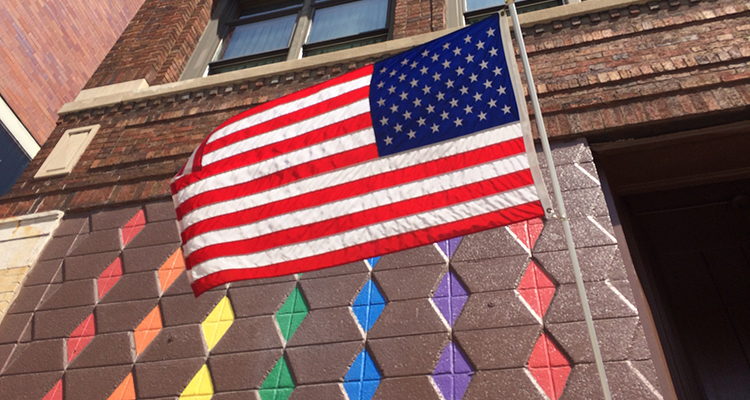