Every Friday, Stuff We Missed looks to other Milwaukee publications (and beyond) for, well, stuff we missed throughout the week. This week: the unionization of Colectivo.

• Following a vote, an initial 99-99 tie, a 106-99 recount, and a review request from management, it’s official: the National Labor Relations Board has determined that the International Brotherhood of Electrical Workers Local 494 “was properly elected as the certified bargaining representative” for employees of Milwaukee-based Colectivo Coffee.

“This past January, the owners and management of Colectivo Coffee had filed for an additional review of the union election that NLRB representatives had already twice decided was just and sound,” says Local 494 Business Manager Dean A. Warsh in a press release. “Now, the final decision has been made by the National Labor Relations Board in Washington, D.C. that the International Brotherhood of Electrical Workers is officially and without question, the union representative of the workers of Colectivo Coffee.”

The owners and management of Colectivo Coffee have said numerous times publicly that once the process has run its course to exhaustion, they would bargain in good faith with their workers. Well, that time is finally here and we look forward to the owners and management of Colectivo Coffee joining us and their workers at the bargaining table to begin negotiations on a fair, equitable and historic first contract.

We believe, like so many other supportive members of the community, that Colectivo Coffee tastes best, when it’s made Union Yes—coffee that is now also officially IBEW strong. May your word be as strong as your coffee, let’s finally get to the table and start to bargain a first contract with your workers. They have been more than patient and deserve nothing less.

The Milwaukee Journal Sentinel notes that “Colectivo management didn’t have an immediate response to the ruling.”

The campaign for employee unionization dates back to 2020. The Journal Sentinel also notes that “the majority of Colectivo employees who work in the cafes, production, warehouse, roasting and bakery areas will be represented by the union.” [Milwaukee Journal Sentinel] 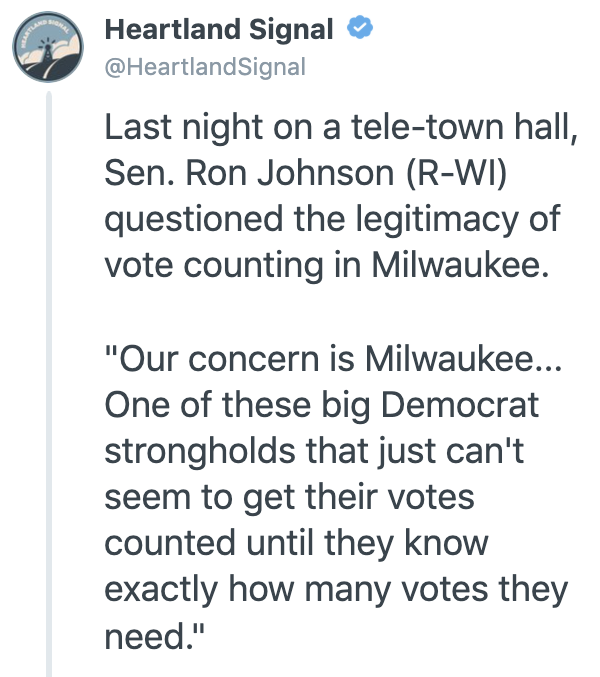 • The never-ending saga of “When are they gonna demolish the long-vacant Northridge Mall?” continues. [Milwaukee Business Journal]

• The former Villa Theater is for sale! [Urban Milwaukee]

• The historic Oriental Theatre has officially been added to the State Register of Historic Places! [CBS 58]

• Mayoral candidate Bob Donovan got into a scrape with a clown. [Urban Milwaukee]