It’s been less than 10 years since a group of friends realized Milwaukee’s 414 area code had a striking resemblance to the numerals in April 14 (or 4/14) and turned that laughable coincidence into a full-blown local holiday. Since its unlikely outset, “Milwaukee Day” has resulted in an official mayoral proclamation, a founder getting to throw out a first pitch before a Brewers game, an abundance of civic-centered specials offered by area businesses, a formidable hashtag, and too many “holiday” shows to count. As if Milwaukee Day couldn’t get any more legitimate at this point, the citywide holiday will soon have its own beer.

Milwaukee Day’s founders have partnered with Company Brewing to make Milwaukee Day Lager. The 4.14 percent ABV (get it?!) Helles Lager was co-brewed by the Riverwest brewery and some of the holiday’s organizers. The light and distinctly Milwaukee beer features German Pilsen and Vienna malts, as well as Hallertau hops. It will be available at Company Brewing starting April 5. Milwaukee Day Lager will also be on tap at a select few local bars, and will be available in cans at bars and some Milwaukee retailers while supplies last. The can was designed by Justin Thomas Kay, who also designed the new Milwaukee Bucks logo.

“We are very hyped to be working with Company Brewing on this collaboration,” Milwaukee Day co-founder Andy Silverman says. “We always thought it would be cool for somebody to make a Milwaukee Day beer, and I was really happy that the best damn brewery in the city stepped in to make it happen.”

With the blessing of Milwaukee Day’s founders, Milwaukee Record will be taking the reins on organizing the official Milwaukee Day showcase, which will coincide with the beer’s release. This year’s show will take place at Company Brewing on Saturday, April 14. Stay tuned for the full lineup and more details. In the meantime, let’s rejoice in knowing Milwaukee Day will have its own beer! 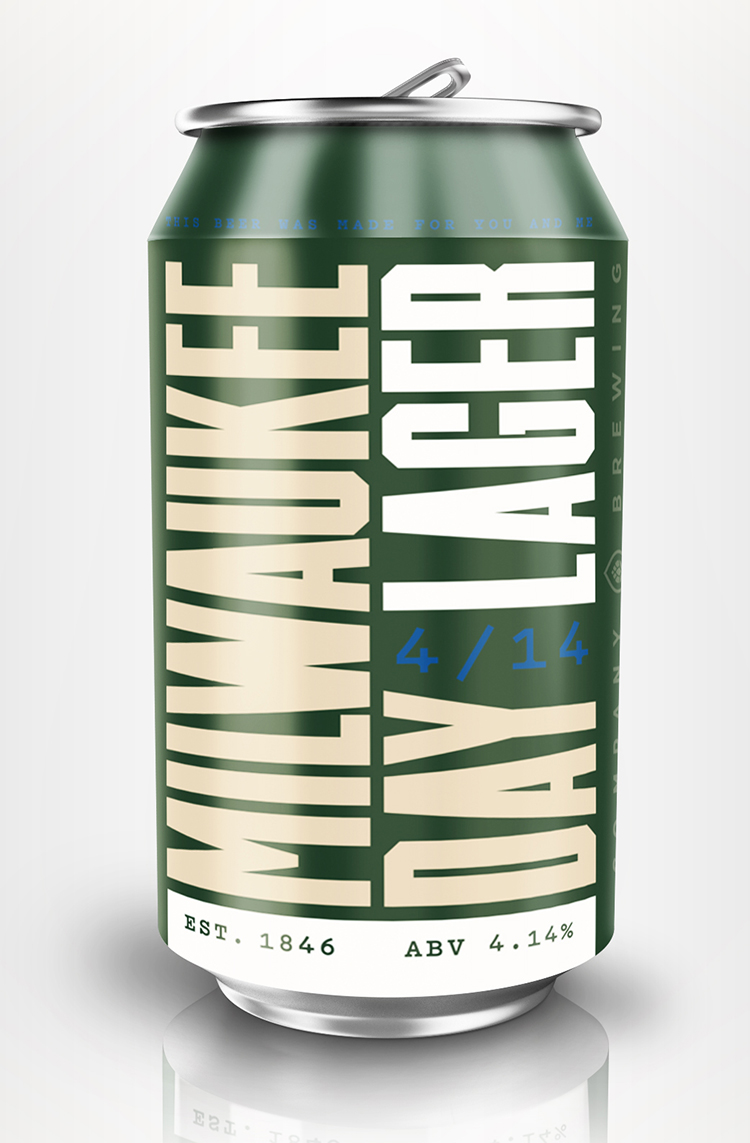