What more can be said about Leon’s Frozen Custard (3131 S. 27th St.; 414-383-1784)? The old-school, family-owned drive-in is a Milwaukee mainstay. It’s been around since 1942. It’s a destination for locals and tourists alike. It’s the kind of place that does one thing—frozen custard—really, really well. (The Spanish Hamburgers are pretty great, too.) It’s iconic. It’s legendary. It’s open year-round. If there’s a place that practically screams “Mandatory Milwaukee,” Leon’s is it.

Sure, there are a few details that flesh out the picture: Minnesota-born Leon Schneider had worked at Gilles Frozen Custard before opening his namesake stand on May 1, 1942. The original 30-by-20-foot building was expanded in 1946, and the familiar canopy and lighting that still stand today were added in 1955. Current owner Ron Schneider took over after his father retired. Contrary to popular belief, Leon’s was not the drive-in inspiration for Happy Days. (That would be The Milky Way on Port Washington Road, which later became a Kopp’s.)

But it’s the stuff that everyone already knows, the stuff that hasn’t changed in decades, that gives the world-famous Leon’s its world-famous power. There are three flavors of custard to choose from—four on the weekends. There are cones, malts, shakes, tin roof sundaes, and frozen custard sodas. There are chili dogs. There is coffee. There isn’t much else. Remember when David Letterman went to a place called Just Shades and asked the owner what folks could get in there? “What can you get in here?” replied the incredulous owner. “Shades. Only shades.” Leon’s is kind of like that.

Strangely, a controversial incident in Leon’s recent past also points to the drive-in’s greatest strength. In 2016, news surfaced that Leon’s had an unofficial “English-only” policy for its employees. Ron Schneider did himself no favors when he defended the practice—he even challenged his critics to a good old-fashioned alley fight—and it was eventually dropped amidst protests and threats of legal action.

Which is weird, because the non-custard strength of Leon’s is its diversity. Stop by any day of the week, any time of year, and you’ll find Milwaukeeans of all stripes lining up for a refreshing treat. In a city that’s increasingly infamous for being the most segregated in the country, it’s important to remember that places like Leon’s do exist, they do thrive, and they do bring Milwaukee together. Frozen custard as the glue that binds us? Of course.

“We can’t be the United Nations,” Schneider said in the middle of 2016 controversy. He couldn’t have been more wrong. 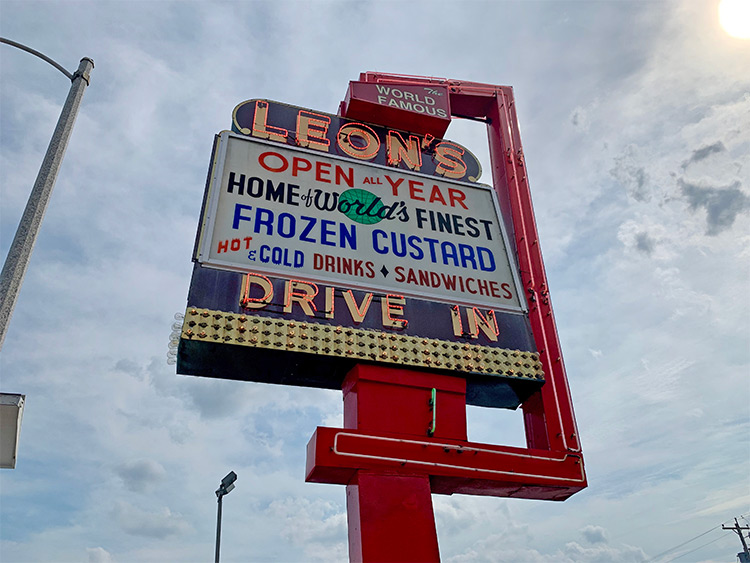