Last May, we learned that a property at 3040 S. Delaware Ave.—which was the longtime home of Hector’s and the not-so-longtime home of R&D Pub—would become the future site of a Mexican restaurant called Little Cancun. Following months of renovations, preparation, and inquiries about whether it’d ever open, the long-awaited Bay View restaurant finally has an opening date.

According to signage plastered all over its windows, Little Cancun will officially open on (Taco) Tuesday, April 23. The Bay View location will be Little Cancun’s second restaurant and its first Milwaukee location. The original Little Cancun has thrived in Franklin since opening in 2005. It’s been close to a year in the making, but the wait is almost over. In the meantime, you can get an idea of what you can expect from the restaurant by looking at its menu. 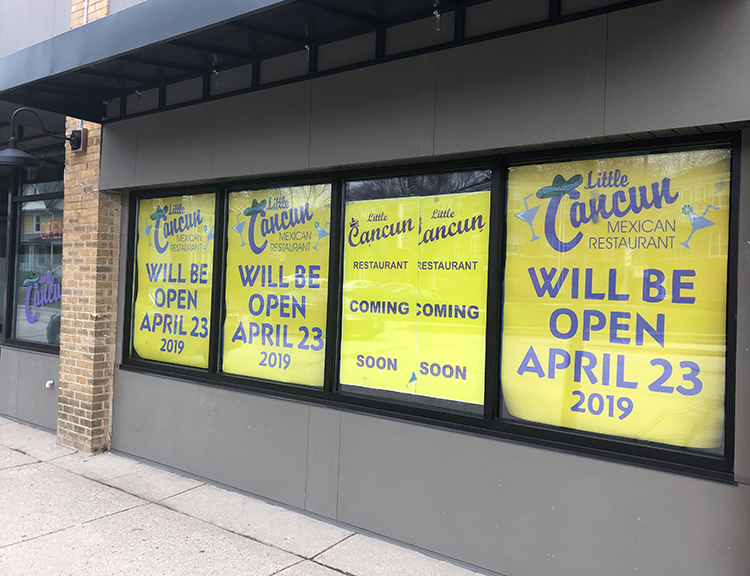