Roughly five years after Hector’s closed its 3040 S. Delaware Avenue location, the Bay View property will once again be home to a Mexican restaurant. Last week, signage was posted in the window of the vacant space that announced Little Cancun will be moving into the property soon.

The Bay View location will be Little Cancun’s second restaurant and its first Milwaukee location. The original Little Cancun has thrived in Franklin since opening in 2005. The business will take over a space that most recently was home to R&D Pub, which opened in early 2014 and quietly closed approximately two years later.

A look at the property’s interior reveals extensive renovations. Based on the current condition, it appears Little Cancun won’t be ready for a few months, but Bay View residents can take comfort in knowing another Mexican restaurant will eventually be coming to the neighborhood’s southern edge. Check back for updates on Little Cancun’s opening date in the coming months. In the meantime, you can get an idea of what you can expect from the restaurant by looking at its menu. 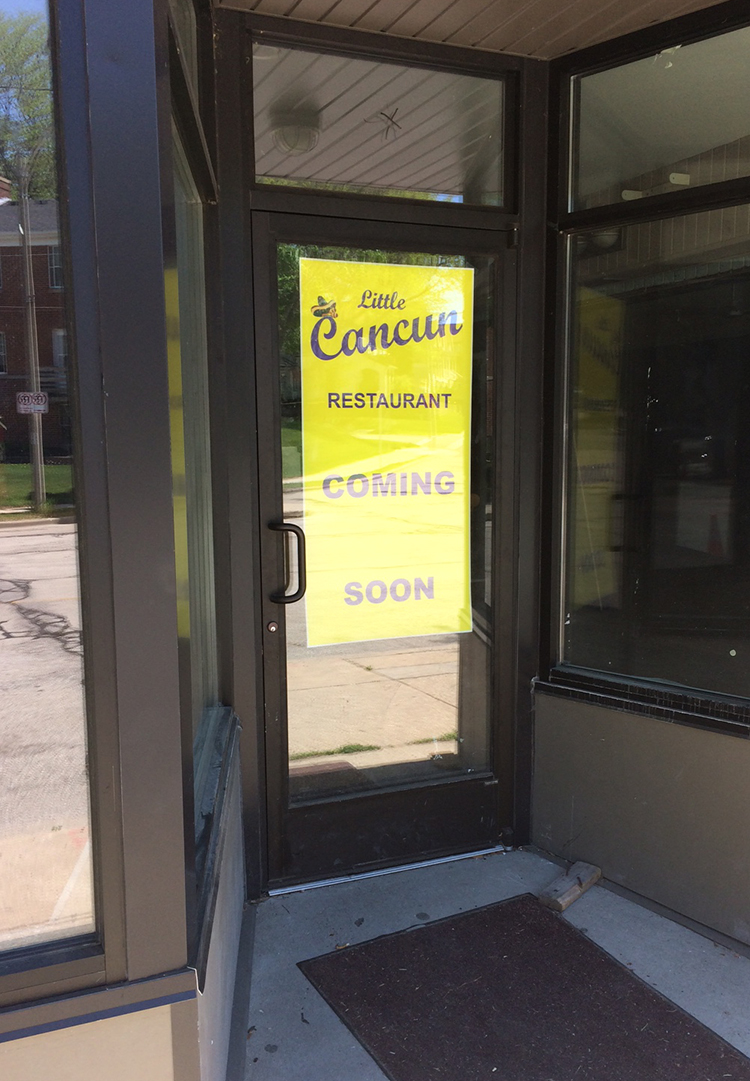