With all the talk (and hard evidence) of the demise of the East Side, here’s some good news: Good City Brewing (2108 N. Farwell Ave., 414-539-4343) is doing really, really well. Since opening in the summer of 2016, the upstart craft brewery has filled a hole in the increasingly hole-filled neighborhood, whipped up some tasty brews, and unveiled plans for a big expansion. Now, Good City has announced an outdoor craft beer, food, and music fest to celebrate its one-year anniversary.

On Saturday, June 17, Good City Fest 2017 will take over the street outside the brewery. Specialty beer releases, including Barrel-Aged Detail Porter and Dr. J IPA, will be featured. Oh, and there’ll be music! Really good music! Here’s the lineup:

General admission tickets are $10, and VIP tickets are $45. They can be purchased in advance via the Pabst Theater Group. The fest is 21+.

The fun begins at noon. Read our 2016 First Impression of Good City here. 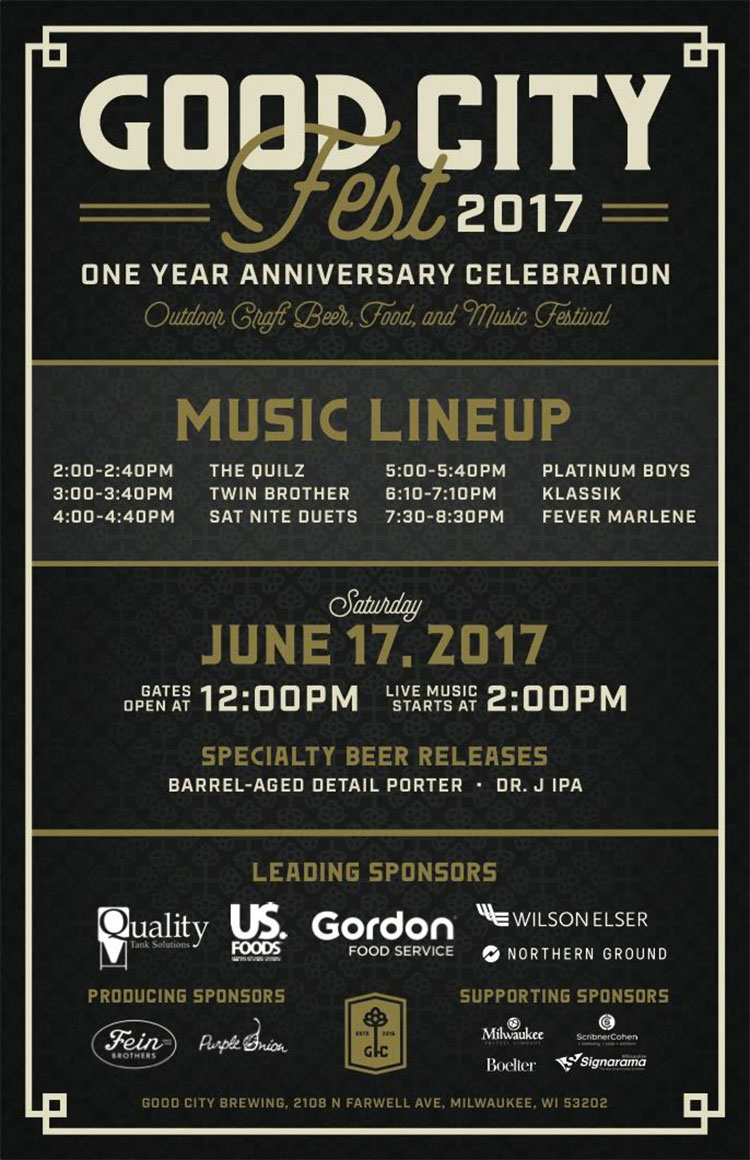