We’re screening the film at Avalon Theater on Wednesday, February 23 at 6:30 p.m. Reserved seating tickets are $11 (tickets for kids 11 and under are $9), and can be purchased HERE.

Hook followed Spielberg’s crowd-pleasing Indiana Jones And The Last Crusade, and received mixed reviews upon its release. The decades have been kind to the film, however, and children who saw it back in ’91 have turned it into a beloved classic. Maybe it’s Robin Williams. Maybe it’s the Lost Boys and all the radical skateboard action in Neverland. Maybe it’s the John Williams score (one of his low-key best). Whatever it is, Hook still resonates today.

As always, the screening is being sponsored by our friends at Lakefront Brewery, Educators Credit Union, and Awkward Nerd Events. And yeah, it’s two and a half hours long. Just a heads up to all the kids who grew up with the film and who plan to bring their own kids. 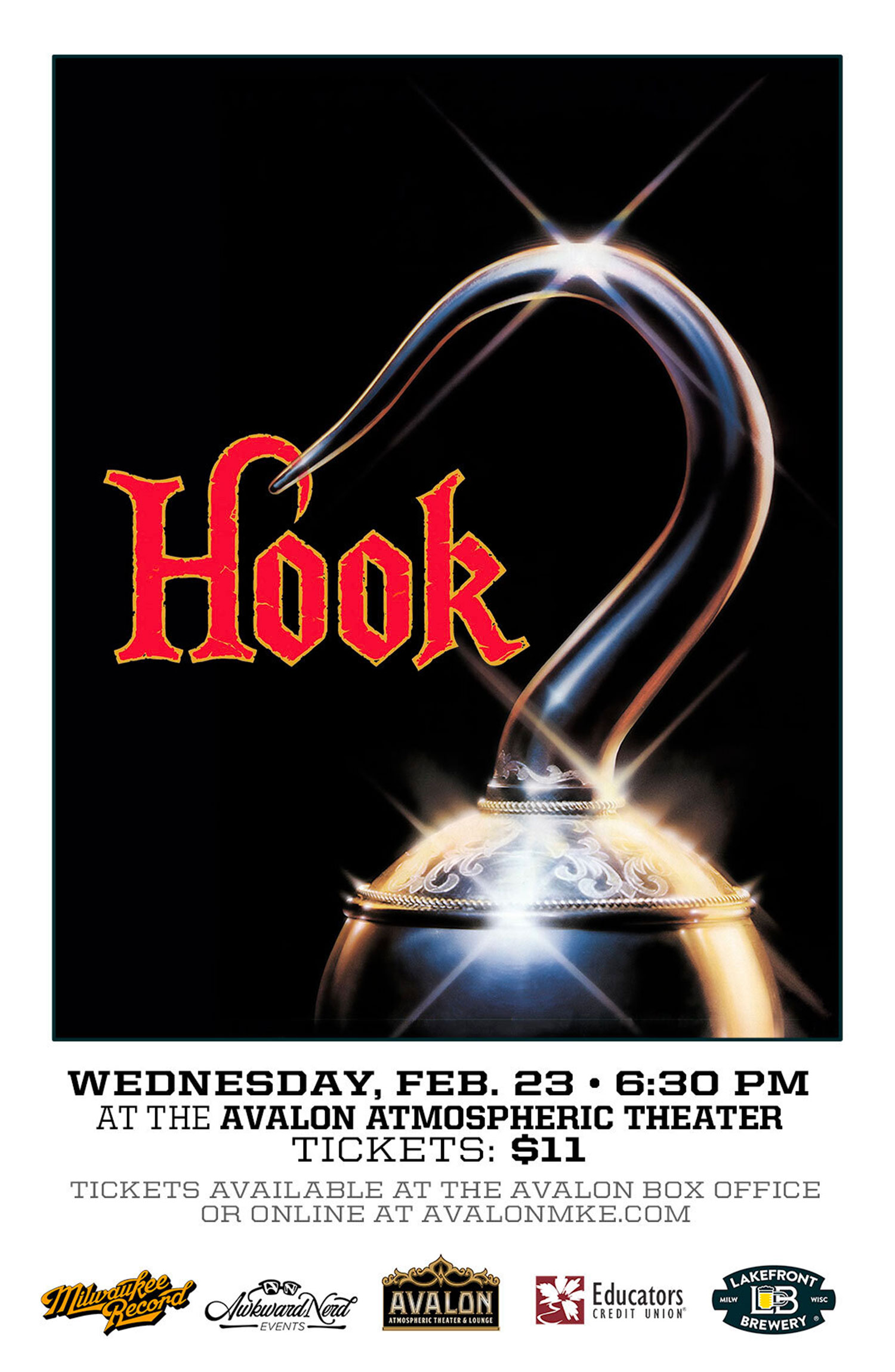