Chilango (noun) 1. A person who has left their home in provincia (anywhere outside of Mexico City) to live in Mexico City, and has gone back home after some time. 2. Anyone from Mexico City—this is the pocho (a Mexican born and raised in the United States) definition.

The folks at Chilango Express hail from Mexico City, but what makes their food particularly “Chilango” is the style in which it is made. The quesadillas are made with cheese, but can be made without cheese upon request. This is a practice done in the Distrito Federal—also known as “El DF”—where, when asking for a quesadilla, one has to ask for “con queso.” The quesadillas there are tortillas stuffed with meat, then folded and fried shut, and are made in a giant cazo (copper pot). The quesadillas at Chilango Express are as long as your forearm and boast a handmade tortilla that results in a very light and airy delicacy that is also used on the tacos.

Chilango Express has roots all over the south side of Milwaukee, but it has called West Allis home since 2015. The first four years were spent in a gas station location, and the last two have been spent in a location four blocks away, at 7030 W. Lincoln Ave.

“This is our fourth site and where we feel the most comfortable,” Roberto Oquendo, the son-in-law of owner Juan Ortiz, says. “We started with a cart that we rolled up and down Mitchell Street, and when that one gave out, we got another one. After that we found a home in the location that was next to a gas station. Now we have this beautiful building and hope to stay here as long as Milwaukee will have us.” 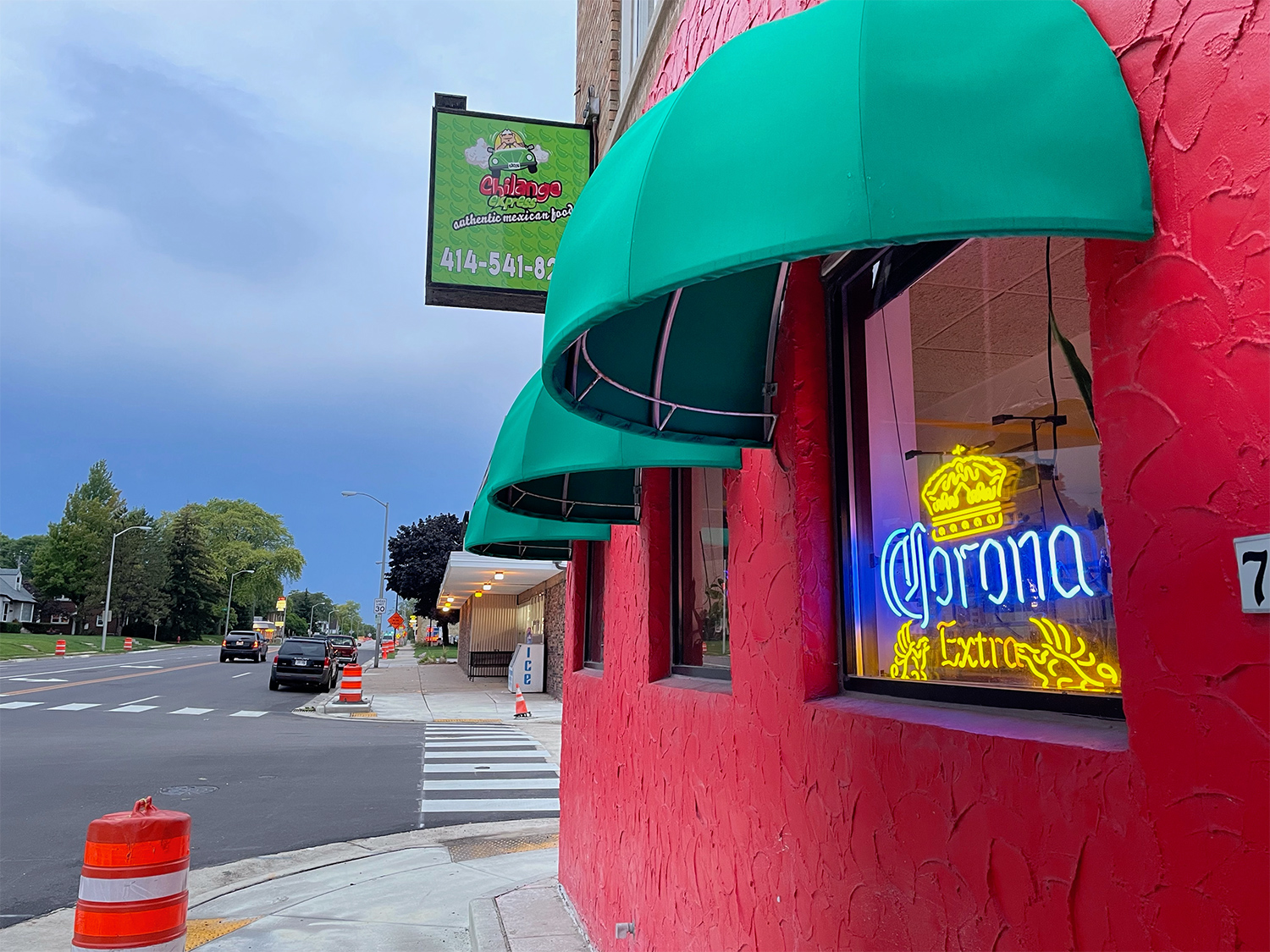 Huitlacoche (pronounced weet-la-koche) is what Chilango Express is known for. It’s an abnormality on corn caused by a fungus. The technical word for the abnormality in English is “smut”; in Spanish, “teosinte.” It is chopped off, sautéed, and grilled lightly before being added to a dish. Chilango Express boasts all the classic fare that you would expect from a Mexican restaurant, but huitlacoche and al pastor are the stars here. Al pastor is the famous pineapple-hatted marinated pork that rotates on a horizontal spit, brought to Mexico by Turkish immigrants many years ago.

Tlacoyos, which are a pre-Hispanic dish in Mexico, are also what people flock to Chilango Express for. A tlacoyo can be served open-faced or folded up like a taco, but what makes it so attractive is the masa (corn flour) and the way it is used. It is less of a tortilla and more of a masa patty, which absorbs all the juices and marinade from the filling that is placed inside. It is very popular amongst vegetarians because of its ability to make someone full with simple nopales (cactus) or beans. There’s some corn smut for ya.

“We have worked very hard to cultivate a very welcoming atmosphere and are hoping everyone can feel that in our new location,” Roberto says. There is hard work and elbow grease in the story of Chilango Express, and it can be tasted in the handmade food. Maybe this is corny, but no one knows corn like they do.