Back in December, the space-time continuum was briefly disrupted when it was announced that Christopher Lloyd would be coming to the Riverside Theater Saturday, February 20 for a screening of the 1985 boy-goes-back-in-time-and-almost-hooks-up-with-his-mother classic Back To The Future. Yes, Doc Brown himself would be on hand to share some behind-the-scenes stories, engage in some Q&A, and watch a film a certain website co-founder may or may not have committed to memory due to his parents not having a VCR back in the day so he decided to record it on two audio cassettes instead and listen to it incessantly. Ahem.

Anyway, in advance of Lloyd’s live BTTF appearance—his ONLY live BTTF appearance, it should be noted, and one that will serve as a test for a possible tour—the Pabst Theater Group has unveiled a limited edition screen print that will be available at the show. Designed by the Pabst’s own Brandon Singer and printed by Orchard Street Press, the poster has many familiar BTTF images (the DeLorean, the flux capacitor, the Hill Valley Clock Tower), as well as a few deeper cuts (the Libyan terrorists’ station wagon, the amp stack that blows Marty against a wall). Fifty handmade prints will be available the night of the show at $20 a pop.

VIP tickets for Lloyd’s show are sold out, but good seats remain, and can be purchased here. 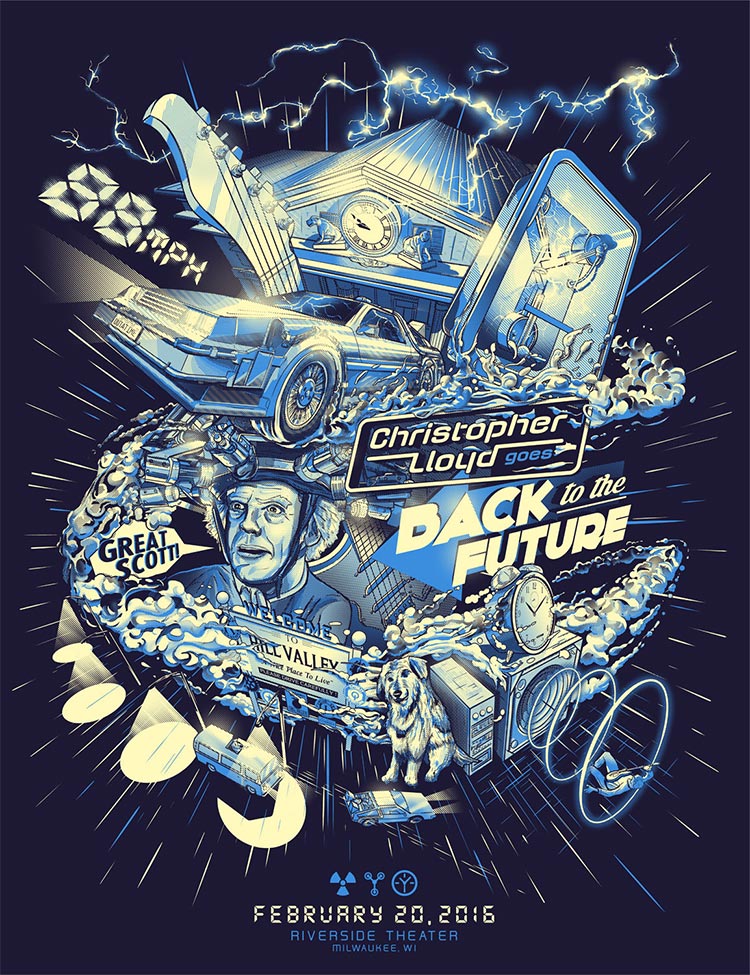