We don’t know you and your life, but we’re willing to bet you’re quite possibly very bored at the moment and that you probably wouldn’t hate a temporary distraction from, well, everything happening right now. If we’re correct in this assumption, we have just the story for you.

A few weeks ago, our friend and occasional Milwaukee Record photographer Meg Strobel—hire her to take your photos!—told us a story that seemed too strange and hilarious to be true, but it totally is. According to her, a few hundred years ago, officials in the Catholic church asked if beavers could be classified as a fish. Their reasoning was rooted in the fact that beavers (which, of course, are mammals) spend the majority of their life in water. Makes perfect sense, right?

If you’re wondering why the Bishop of Quebec would would bother wasting some of his limited 17th century-ass lifespan to have church officials declare beaver a type of fish, there answer is simple: Lent. No matter your faith (or lack thereof), you’re probably aware of Lent and its rule prohibiting the consumption of meat on Fridays during the 40-day span between Ash Wednesday and Easter Sunday. However, there is one type of animal that’s not part of this protein prohibition. Fish! Interesting coincidence.

So with the resourcefulness of an organization that worked a way around having to pay taxes, certain sects of Catholics found a way to be able to continue eating meat, while also oh-so-loosely taking advantage of a dispensation (a.k.a. “exemption” or “loophole”) for their Friday penance. Though it seems as if Lenten beaver-eating reached its [ahem] head in the early 1800s, it’s actually still served today. A select few restaurants still sell beaver during Lent, oftentimes as a secret or “off-menu” item. A 2016 NPR report highlighted a St. Louis-based restaurant that served smoked beaver in barbecue form, in gumbo, and as meat..er…fish—WE MEAN FISH!—in tacos. It’s said to have a beefy flavor and, not-so-shockingly, a dash of “woodiness.” We’ll take their word for it. 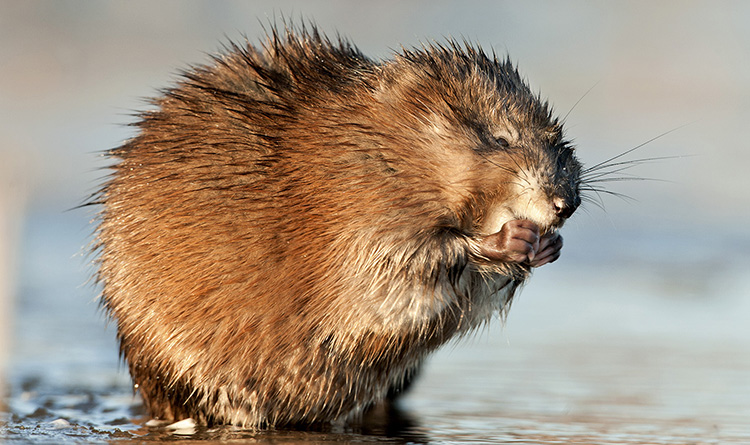 Beaver isn’t the only mammal whose classification is prone to change once Lent rolls around. Muskrat is considered to be a fish by some this time of year, especially people in the mid-Atlantic region and parts of Michigan. Evidently, Michigan’s history of muskrat mastication dates back to the early 1800s, when—according to the NPR article linked above—the War Of 1812 depleted crops and livestock. As a result, muskrats became a relied upon protein source out of a place of necessity more than religious adherence. Though that was is long over, muskrat was grandfathered in as “immemorial custom” and (once the musk glands are removed) still finds its way into stews and meat pies at a select few church dinners and social clubs in parts of Michigan each and every spring.

In Venezuela, some Catholics skirt around Lenten rules by eating capybara. If you’re unfamiliar with South American water mammals, capybaras are the largest living rodent in the world. Its closest genetic relative is the the guinea pig. Most importantly, they’re very cute. Let the record show Milwaukee Record officially discourages the killing and consumption of capybaras during Lent and in general. 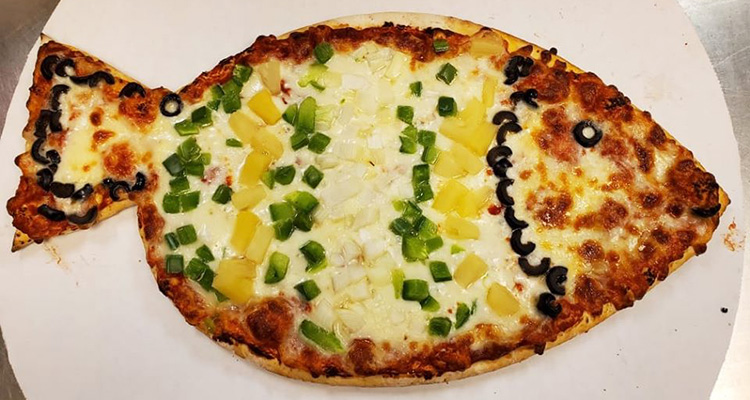 Elsewhere, Archbishop Gregory M. Aymond—the 14th Archbishop of New Orleans—declared alligator to be accepted as part of the fish family in 2010. Locally, Di Stefano’s Pizza Palace on Milwaukee’s south side took the religious practice in an entirely different direction this month by offering a fish-shaped and meatless “Lenten Pizza” to customers. Frankly, we think it’s all nonsense and we encourage you to believe and eat whatever you want as long as it doesn’t infringe on the lives of others. However, if you’re really, really craving meat, but you’re trying to stick to the rules of Lent, now you know you can save a fish and eat a beaver this Friday. Or better yet, you could just stick to fish and leave beavers and muskrats alone.

Like this story? Support Milwaukee Record by buying a shirt or something.