Other than, like, adhering to FDA regulations and whatnot, there are pretty much no rules when it comes to brewing. That’s become especially apparent in recent years as breweries have crafted some creative and once-unthinkable concoctions like milkshake IPAs, a Strawberry Cream Puff tart beer, a beer made with gas station coffee and donuts, and a scrappy Milwaukee publication’s seasonal porter that’s infused with peppers and a bunch of spices. That’s just the tip of the iceberg. Just when you were starting to think you knew the limitations of what could conceivably be made into a beer, you learn there’s about to be a Kringle beer.

Yesterday, Mikerphone Brewing announced it was in the process of brewing a “Wisconsin Kringle-inspired” Berliner Weisse. As a nod to the regional delicacy, the Elm Grove, Illinois brewery is calling the soon-to-be-released beer “When You Say Wisconsin…” and using a heft of ingredients you’d expect to find in a traditional Kringle. Some of those ingredients include cherries, cranberries, Bavarian cream, and cheesecake flavoring. To top it all off, cans—which are expected to be “available in a few weeks when it’s ready”—will have a label that has a striking resemblance to the Kringle packaging at Racine’s O&H Danish Bakery.

We cannot confirm this will be available in Wisconsin, but we’ll keep you updated on its availability once it’s ready for release. We have to try it. [h/t Will] 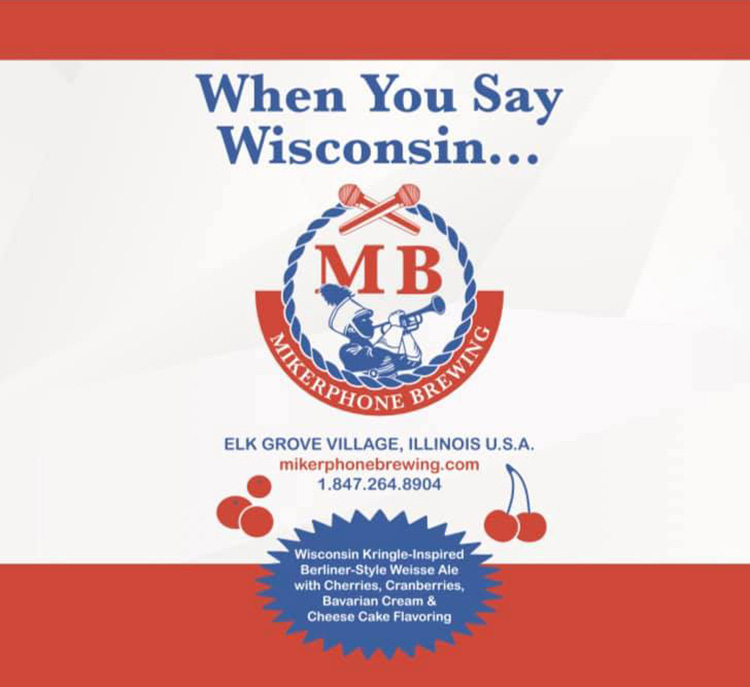