Have you ever come across something in the city—a building, a business, a park—and thought to yourself, “Is this new? Have I seen this before? It can’t be new, right? I must have seen this before. I dunno…” I recently had one of those experiences. Let me tell you about it in painstaking and increasingly digressive detail.

This past Saturday, my kid and I were hanging out at Back Bay Park. If you’re not familiar with Back Bay Park, it’s a little East Side park/playground on the wooded bluff overlooking the lake, right next to some houses that cost a gazillion dollars. A lot of Russian nannies mothers congregate there for some reason, and you can usually spot a family of turkeys chilling in the grass. Here’s a picture of them! (The turkeys, not the Russian nannies mothers.) 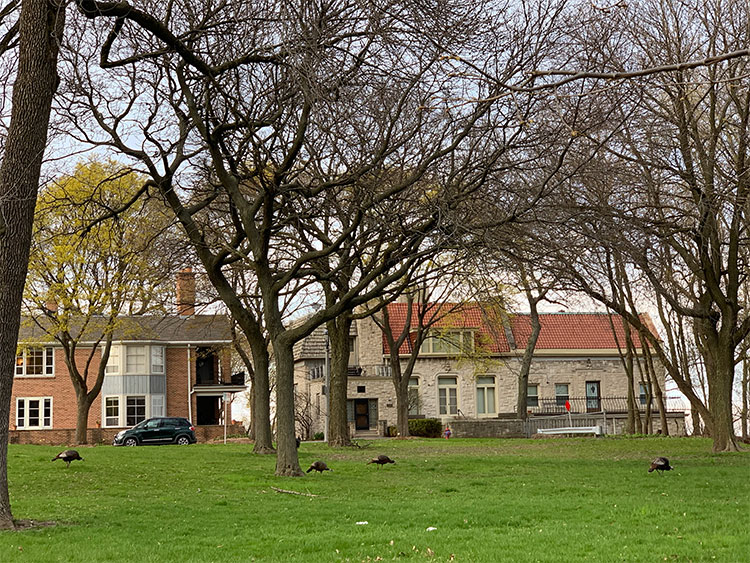 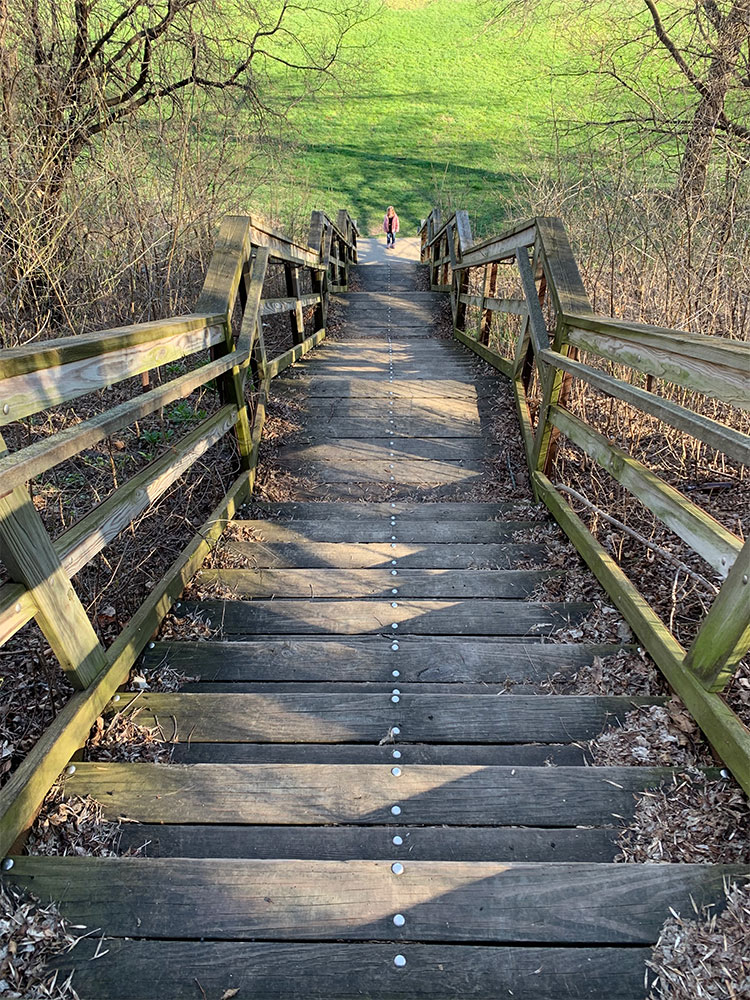 So my kid and I took the stairs and were preparing to cross the not-at-all-terrifying 17-lane Lincoln Memorial Drive. Suddenly, we heard some shouting. It was another dad and his kid. Seems my kid had left her favorite doll back at the playground. This mystery dad and his kid had hoofed it across the upper park and down the stairs to return it to us. I’m not sure how one goes about nominating someone for sainthood, but you better believe I’m looking into it.

It was during this doll handoff that I noticed something in the woods. Something strange. Something vaguely unnerving. “Is this new?” I thought to myself. “Have I seen this before? It can’t be new, right? I must have seen this before. I dunno…” 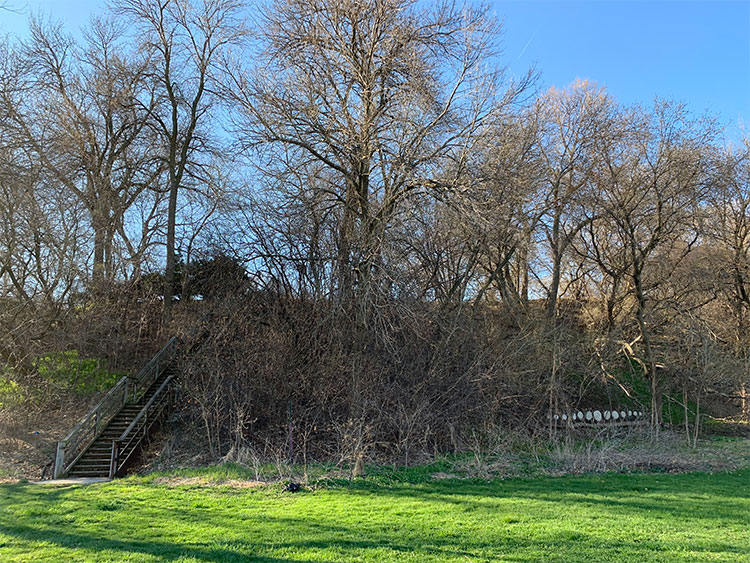 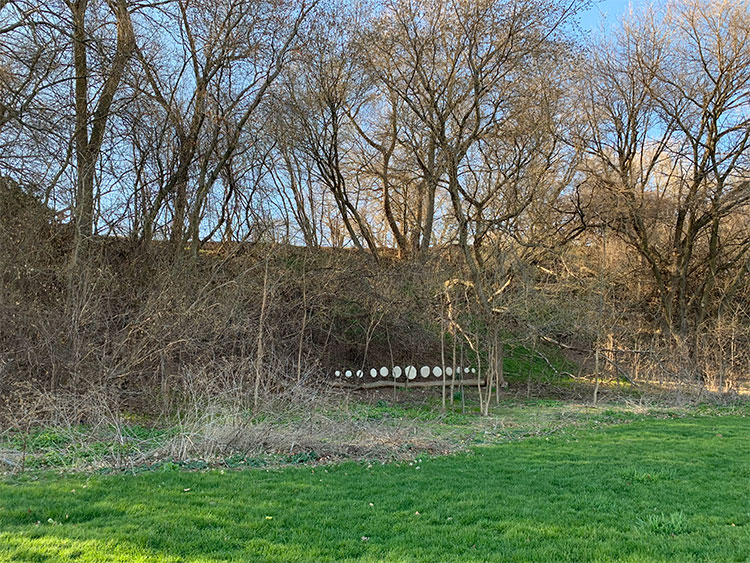 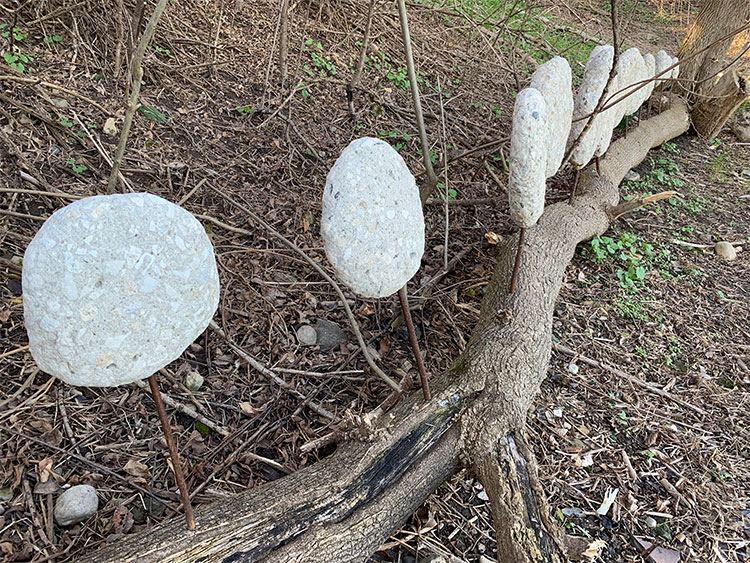 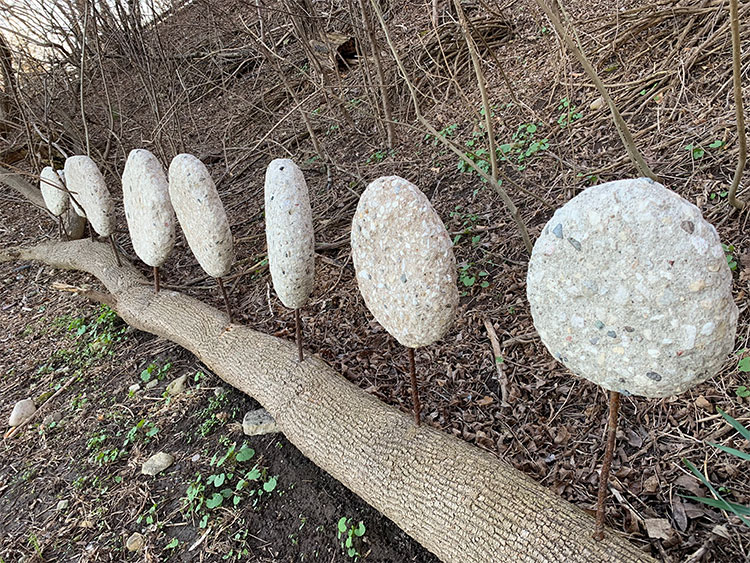 Ah! So yeah, there’s this weird rock/log thing in the woods along Lincoln Memorial Drive, across from McKinley Beach. It’s 13 round-ish, concrete rocks sticking out of a log via some lengths of rebar. It’s kind of cool, kind of random, and kind of creepy.

I have questions: Who made it? Why? What does it represent? The clash of nature and technology? Why 13 rocks and not, say, 12? Is it a lunar calendar thing? (Paging Tigernite!) Why does the thing give me serious Blair Witch vibes? To quote Weird Al’s “The Biggest Ball Of Twine In Minnesota”…

What was he trying to prove? Who was he trying to impress?
Why did he build it? How did he do it? It’s anybody’s guess
Where did he get the [concrete rocks]? What was goin’ through his mind?
Did it just seem like a good idea at the time?

And, most importantly, is this new, or have I somehow missed it until now? My Google skills are failing me, so feel free to link to the 8,000 articles OnMilwaukee or 88Nine have probably done on this thing already.

And that’s that. My kid and I spent the rest of the day wandering around the lake. Have you ever done that? Just wandered around the lake? It’s a weird and wonderful way to kill a few hours in this weird and wonderful city. Everyone together, enjoying a natural resource we too often take for granted. Everyone united, hoping for a better tomorrow. Everyone looking ahead, squinting their eyes, spotting something new in the distance. 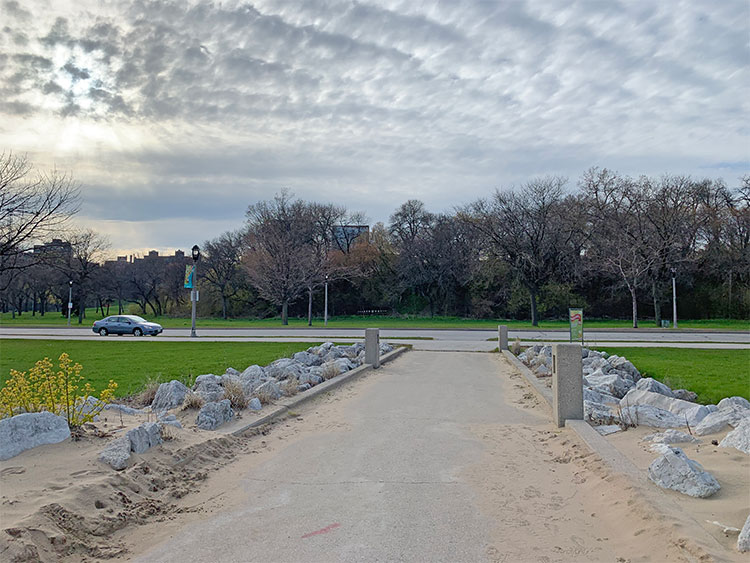