If you read my recent report on watching a 14-hour video of a man sitting in a chair, you know that I’m going through some…stuff. If you follow me on Twitter, you know that I just got back from Culver’s, where I ordered the highly anticipated CurderBurger, which is only available today.

Some background: On April Fools’ Day 2021, beloved regional fast-food chain Culver’s delighted the internet with a picture of a fictional “CurderBurger”—a.k.a. a Culver’s ButterBurger with a giant cheese curd in place of the burger. Ribs were tickled and knees were slapped.

Months later, Culver’s revealed that, ohmygod, the CurderBurger would become a reality. For one day only—October 15, National Cheese Curd Day—Culver’s would prepare and serve a Deluxe ButterBurger topped with a cheese curd “crown.” “Made up of a blend of yellow and white cheddar Cheese Curds all surrounded by crispy seasoned bread crumbs,” a press release explained, “the cheese crown offers a warm, buttery crunch and gooey cheddar in every bite.”

And so today—October 15, National Cheese Curd Day—I drove to the Shorewood Culver’s to get a CurderBurger. I got there at about 9:40 a.m. Culver’s was set to open at 10 a.m. I was sixth in line: 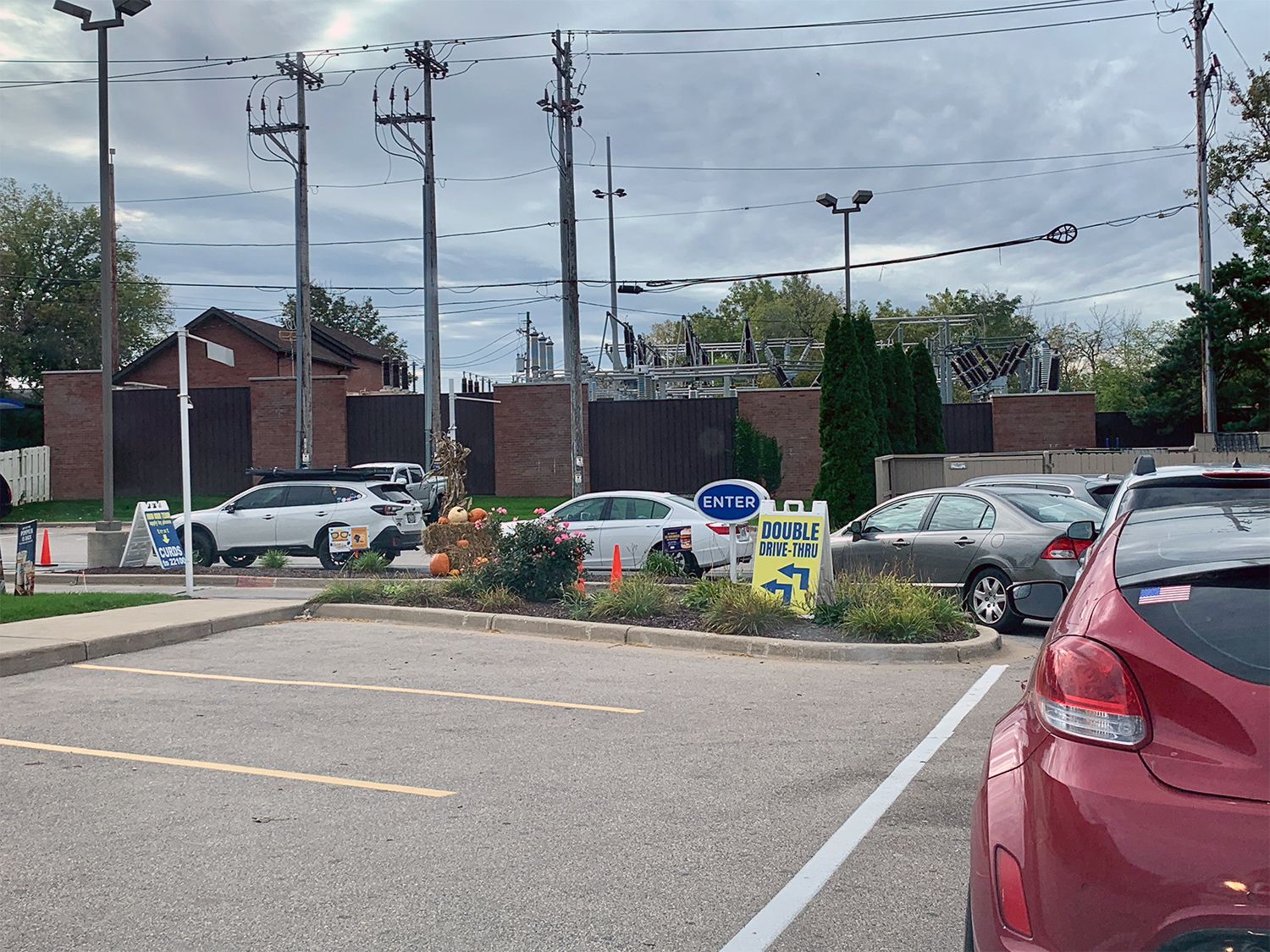 First in line was Milwaukee business owner/treasure John Revord. John had been there since about 8 a.m. Soon after I arrived, John got interviewed by one of the 8,000 news crews on the scene: 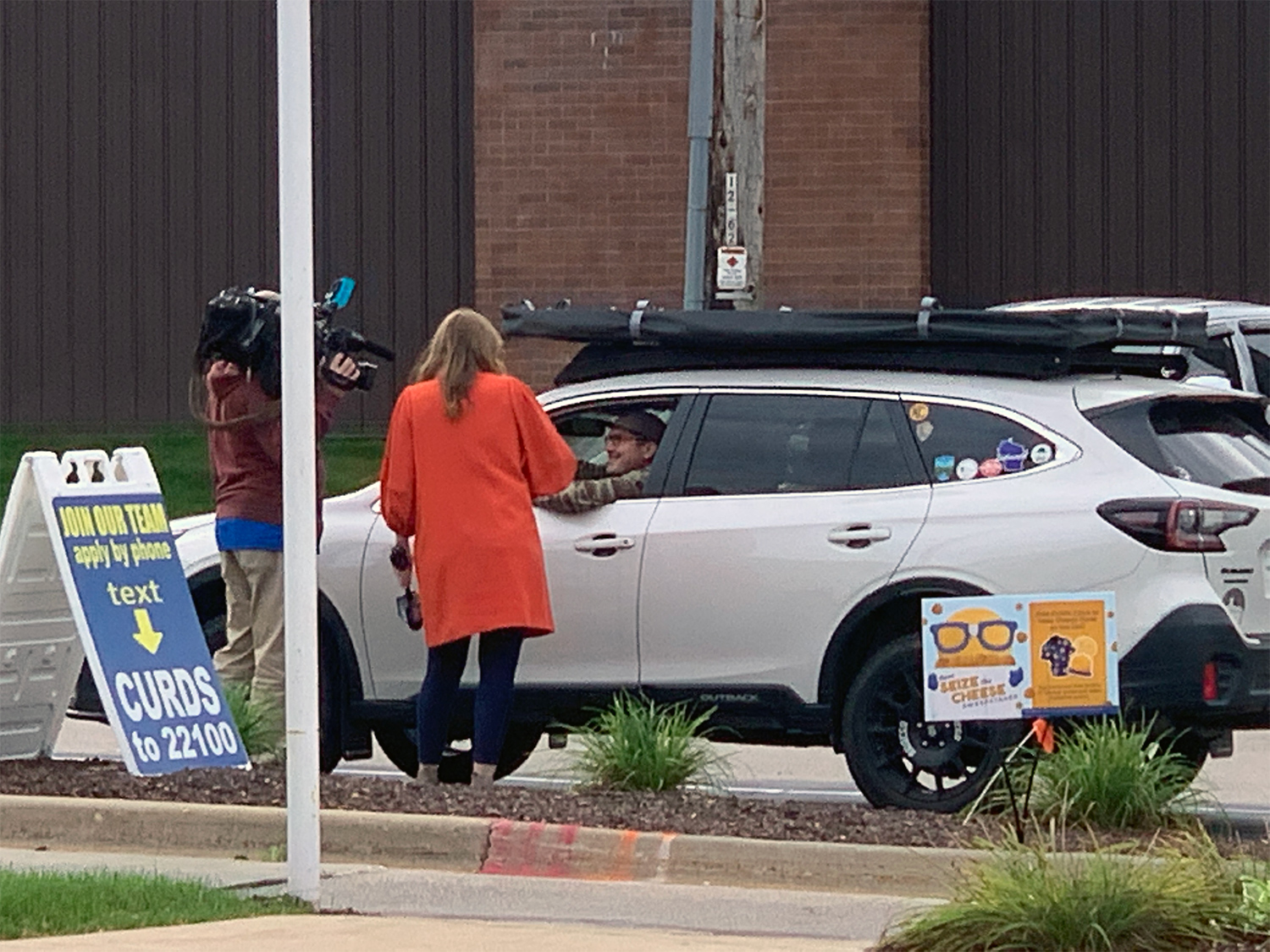 As 10 a.m. approached, a line began forming outside Culver’s front door, too: 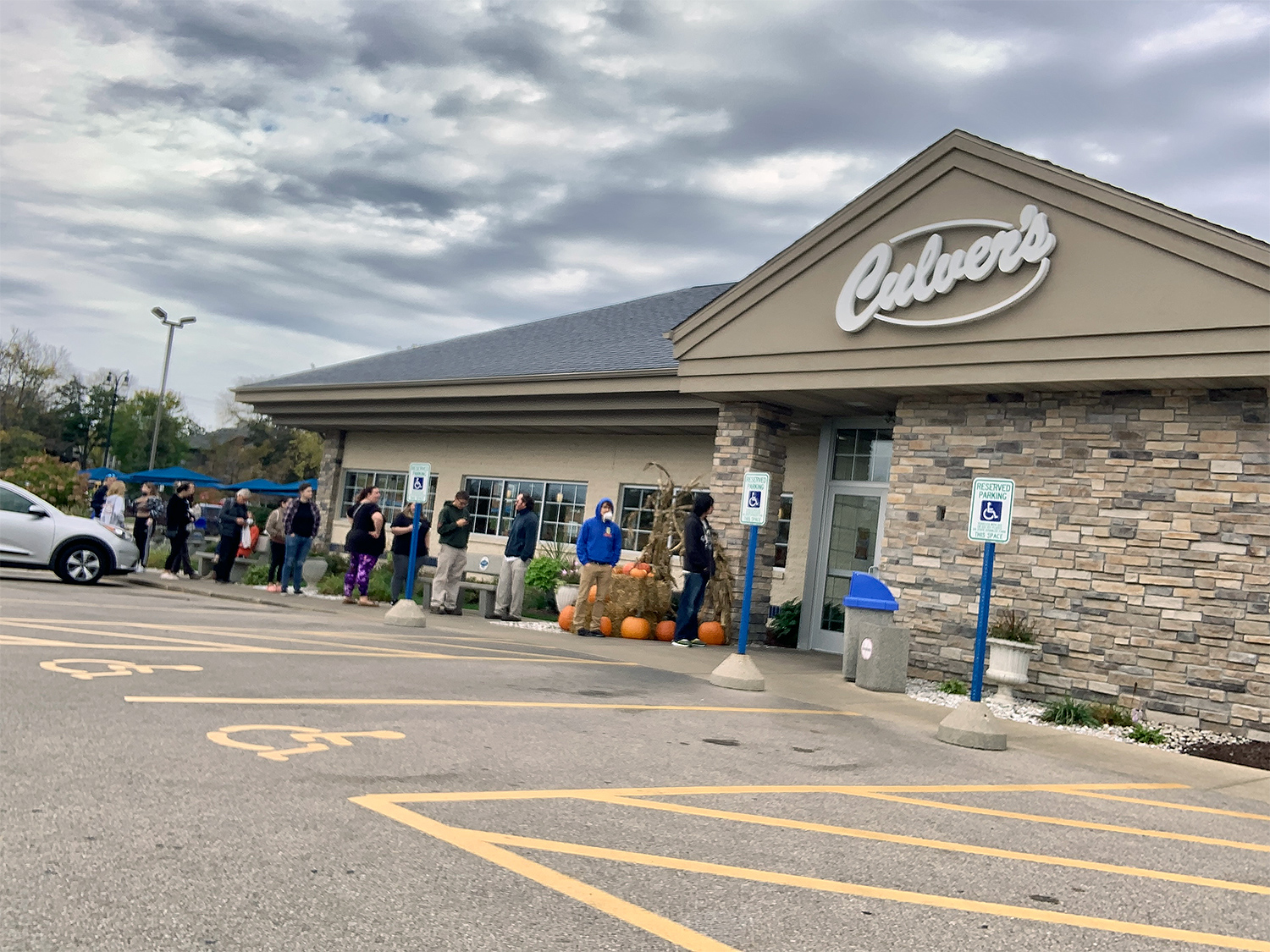 And then it was 10 a.m.! The drive-thru line began to move! I snapped a picture of this gorgeous autumnal display: 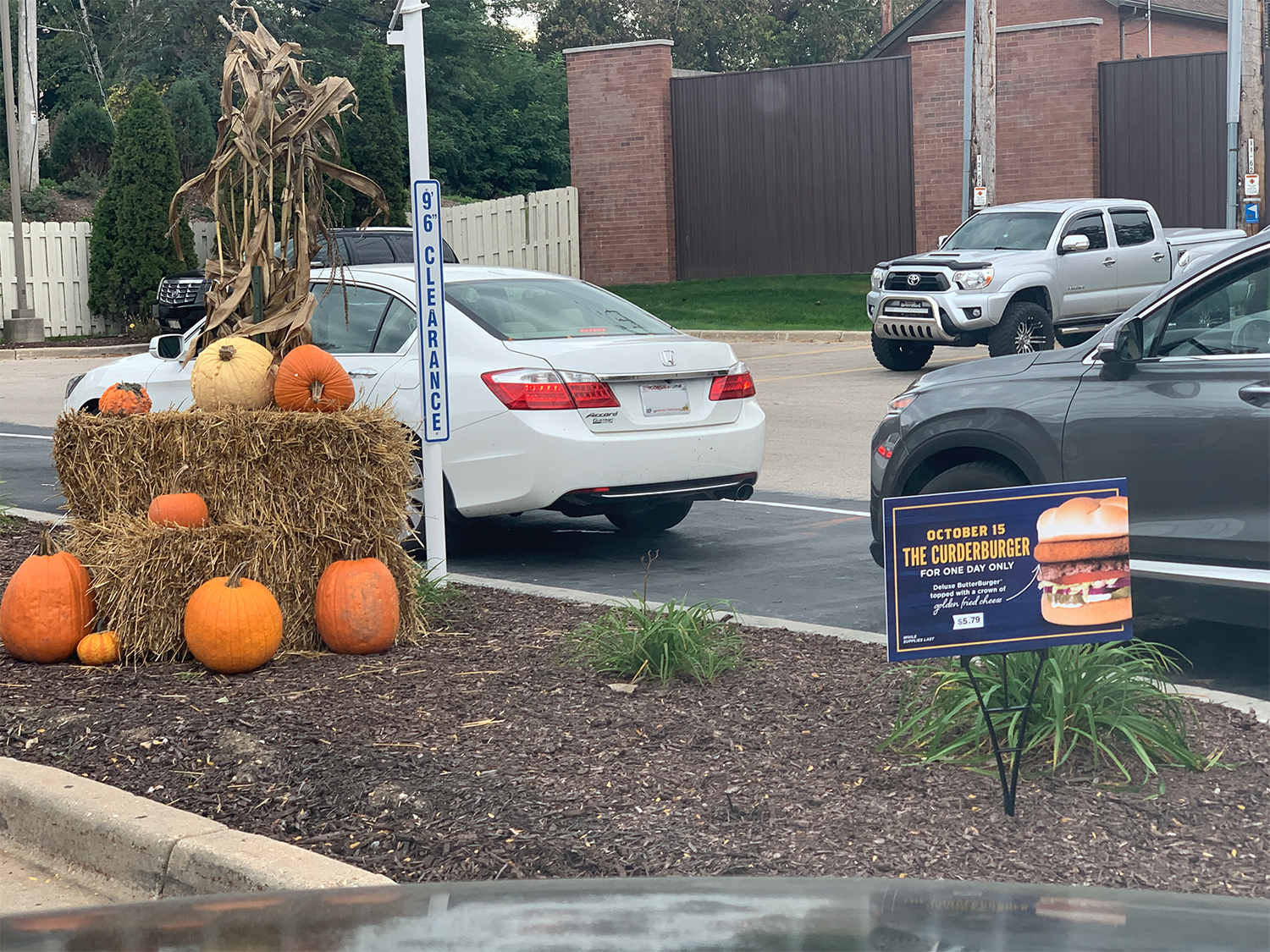 I drove ahead. I paid at the first window and got my Mountain Dews. (I was ordering for me and my wife, who was waiting patiently at home.) I drove ahead again. I was number 67 (so close!). John, who had just gotten his CurderBurger, waved to me as he drove by. 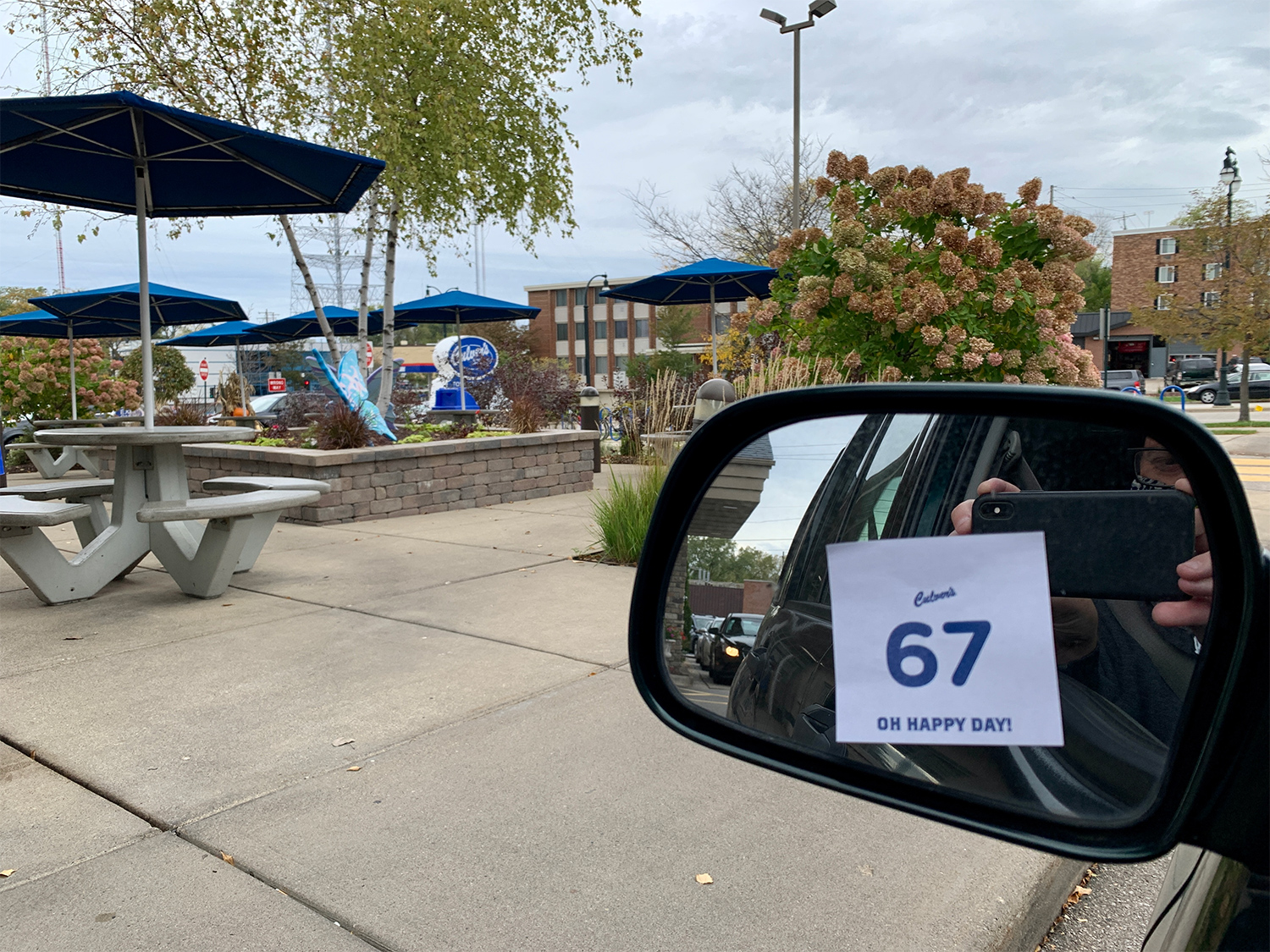 And then it arrived! A heavy Culver’s bag with a CurderBurger in it. I stepped on the gas and floored it home.

At home, I broke the news to my wife that I only had one (1) CurderBurger in my possession. She was pissed. So after taking a picture of the glorious thing… 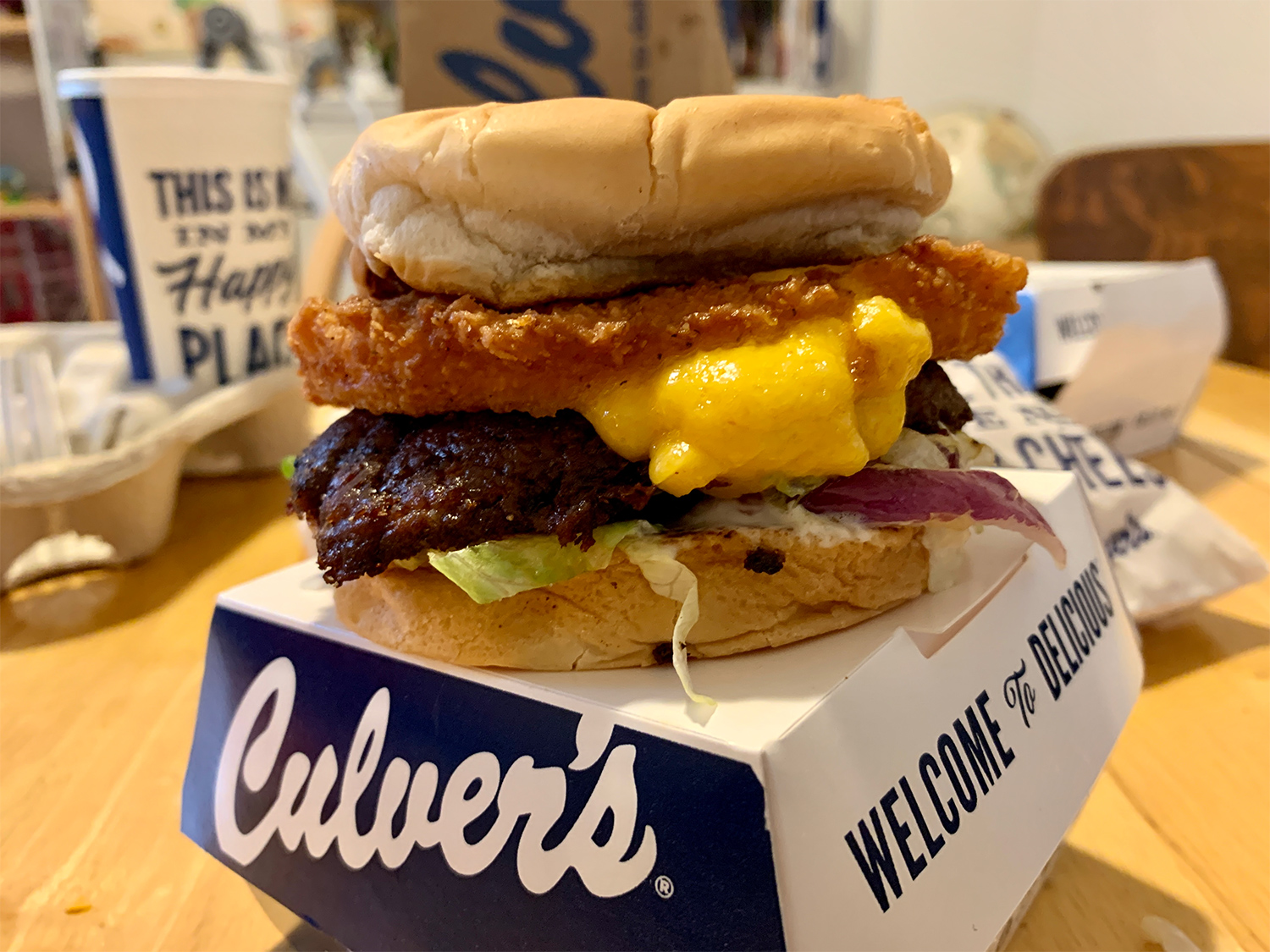 …we cut it in half, Solomon-style… 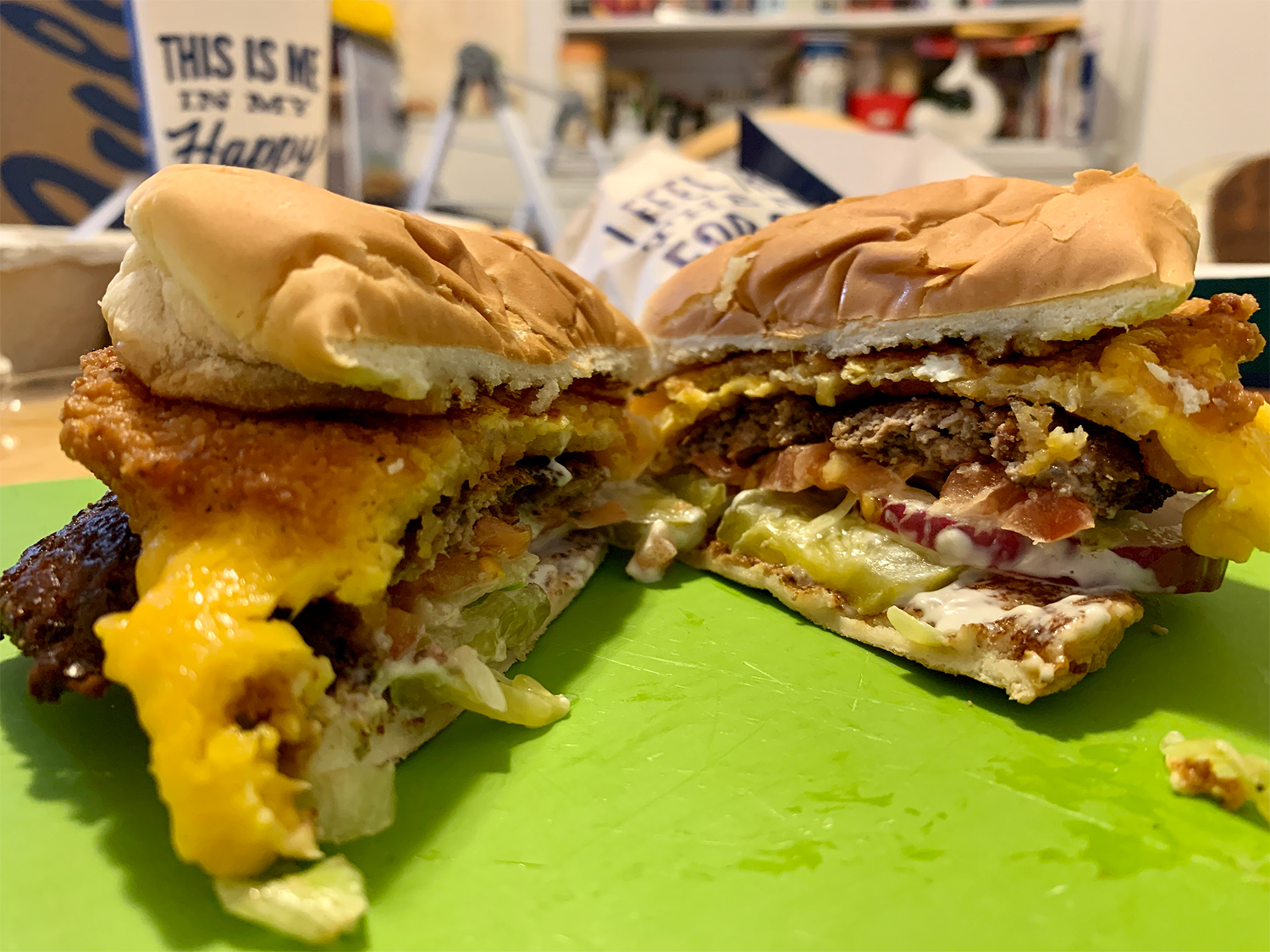 And there you have it! Five hundred words about Culver’s CurderBurger, which is only available today! (Oops, make that 528 words.)

• For Culver’s so loves the world, they will give their CurderBurger on October 15

• Who has better cheese curds: Culver’s or Cousins?

• Culver’s is the best, and so is the Shorewood Culver’s high school alumni wall of fame