Every Friday, Stuff We Missed looks to other Milwaukee publications (and beyond) for, well, stuff we missed throughout the week. This week: Culver’s CurderBurger!

• And the regional fast food chain that was seated on the throne said, “Behold, I am making all things new.” Also they said, “Write this down, for these words are trustworthy and true.”

And so we shall. On Friday, October 15, Culver’s will bless the world with their only begotten CurderBurger. What’s the CurderBurger? It’s a Deluxe ButterBurger complete with a big ol’ hockey puck cheese curd on top, of course. This divine creation will only be available on the 15th—National Cheese Curd Day, natch—and yes, it’s based on an April Fool’s Day joke:

“Culver’s is describing the concoction as a ButterBurger ‘topped with a crown of golden fried cheese,'” explains Thrillist. “Often, ‘crown’ in culinary speak means a little on the top. Here, heavy is the head that wears the crown.” Indeed. All hail the King of Kings. [Thrillist]

• According to VISIT Milwaukee, the Milwaukee Bucks’ historic playoff run and NBA Championship win had a “$57.6 million impact in direct and indirect spending in the area.” Here’s the breakdown:

“We’re incredibly grateful that the Milwaukee Bucks’ fantastic run brought a vital boost to our economy,” said VISIT Milwaukee president and chief executive officer Peggy Williams-Smith. “These dollars pumped much-needed life into many of the businesses that struggled the most during the pandemic, and they helped support thousands of jobs. I’m now hoping our beloved Milwaukee Brewers’ and their forthcoming post season can do the same.” [BizTimes]

• Here’s another hasty CurderBurger Photoshop, this time with the full background of my brother in a fishing boat: 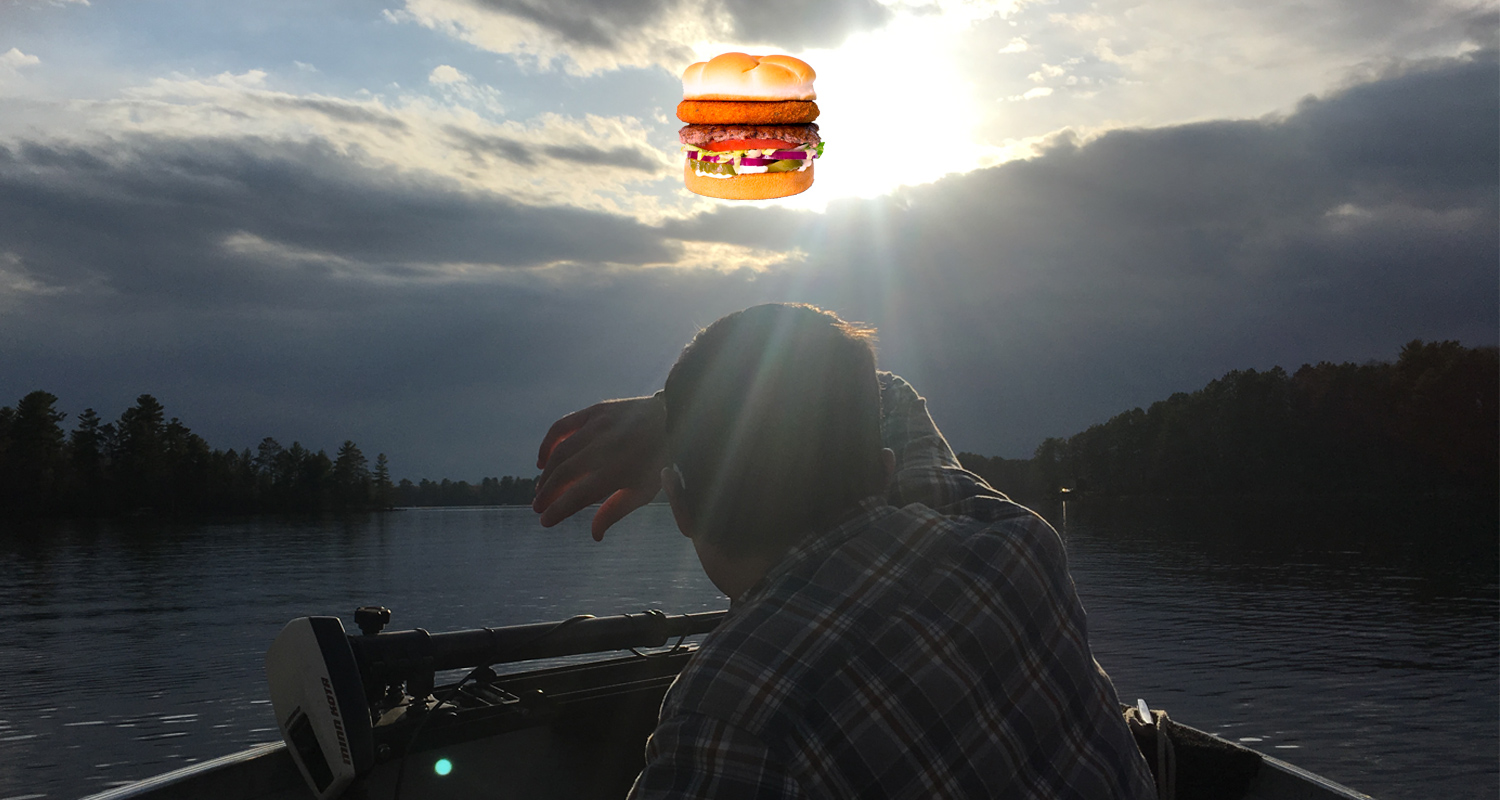 • Amano Pan bakery is coming to 3rd Street Market Hall, which is set to (finally!) open on the first floor of The Avenue on October 18. [Milwaukee Journal Sentinel]

• Hot Dish Pantry is coming to 3rd Street Market Hall, which is set to (finally!) open on the first floor of The Avenue on October 18. [OnMilwaukee]

• The Hills Have Eyes in Franklin is open. [OnMilwaukee]

• Jurassic Quest is coming to the Wisconsin Center October 29-31. [OnMilwaukee]

• Milwaukee is getting a second Fusion Poke, this one at 1433 N. Jefferson St. [Urban Milwaukee]

• Have a great weekend, Milwaukee! SEE YOU AT THE SUNDAY’S BRADY STREET PET PARADE!