I cruised down Oklahoma Avenue past a few Milwaukee fish fry staples—Fritz’s Pub and Serb Hall—while blasting the Dead Kennedys. After last week’s hoop jumper of an evening, I was in an upbeat mood. This time I felt prepared. I had used the internet and made a reservation for 6:30 p.m., and this time I made sure that the restaurant’s website said they had fish. And because I had been on a good streak with all-you-can-eat frys the past two weeks, I made sure AYCE was an option again. At first I was thinking of checking out a place called Liquid Johnny’s (which claims to have the “best fish fry in Milwaukee”—oh what a claim!), but when I saw that their AYCE doesn’t start until 8:30, and costs two dollars more than their regular fry, I decided against them for the evening. Eventually I went with The Farmer’s Wife (6533 W. Mitchell St., West Allis, 414-488-8296) a restaurant that opened in 2016 with a focus on local and sustainable ingredients, family meals, and comfort food.

For this week’s fry I met my friend Maggie, whom I owe some credit to for my column even existing, as her article “12 (non-touristy) things to do in Milwaukee (without drinking)” was one of its inspirations. Also, it was in part because of her that I ended up making a connection with Milwaukee Record in the first place. This was the second time we’ve gotten fish, the last time being at Kokopelli’s last summer. As I arrived at the restaurant, Maggie was standing outside and told me that The Farmer’s Wife didn’t have our reservation and it would be a 45 minute wait! We went inside, and when I showed them the reservation on my phone, they quickly were able to accommodate us, even though their record of the reservation had somehow been lost. Crisis averted!

Maggie ordered a kiddie cocktail, and I ordered a Clausthaler—but they were out of Clausthaler, and had no other NA beer, so I ordered a kiddie cocktail too. I think one reason I go out for fish each week is to try to find places as good as I remember going to as a kid. It’s not only about the fish, but about trying to find this time of innocence that somehow got lost along life’s journey. As Joni Mitchell said in “Woodstock,” “We’ve got to get ourselves back to the garden.” I think fish frys are in part about trying to get closer to that garden of youth, and let me tell you, coupling one with a kiddie cocktail helps you get pretty close.

When it was time to order, I asked for clam chowder—or chowda’ as their menu calls it—but they were out! I tried to hide my sadness by moving on to my fish order, and remembering that it was AYCE. Their fish fry features cod, which is available beer battered or baked. Besides the AYCE for $14, they have a two-piece option for $11.

The french fries, which were cut with a little skin left on, were probably the highlight of the meal. I could have gone for a few more of them than I was given though. The coleslaw was creamy and notable because it was peppered with apple slivers. The bread consisted of two small triangles of rye—they had a lot of caraway and were a little tough. The fish was a pretty standard beer battered variety. It wasn’t that flavorful; the overall taste and texture was average. The tartar was very light and smooth with a little bit of dill. I ended up getting two more pieces of fish after the initial two. 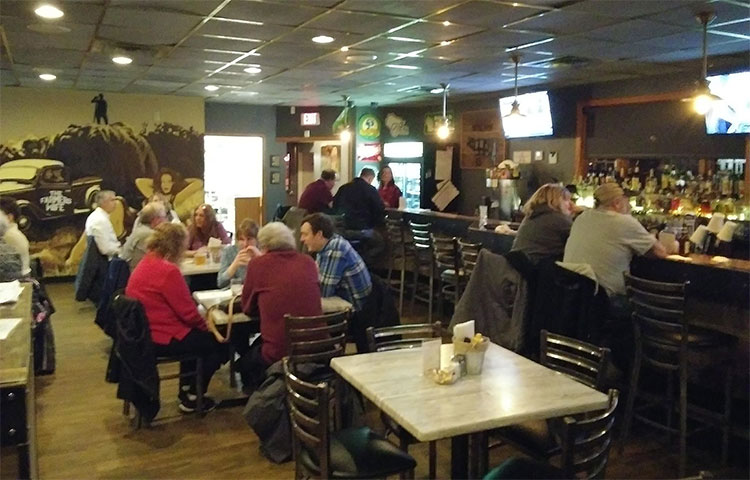 After the previous two weeks at Pat’s Oak Manor and Randy’s Neighbor’s Inn I was getting a little spoiled. The Farmer’s Wife has an alright AYCE fish fry, but there isn’t anything exceptional about it. I’m glad they have one though, and wouldn’t discourage anyone from trying it. It’s just that Randy’s Neighbor’s Inn is blocks away, and theirs is better and cheaper. I feel like The Farmer’s Wife would be really good for a Sunday brunch though, and they have a menu dedicated specifically to it, so maybe I’ll trek there again sometime.

Takeaways: They were outa’ chowda’ and NA beers, but at least I got a kiddie cocktail; there was apple in the coleslaw; pretty awesome french fries; fairly standard beer battered fish, but with an AYCE option; I have had issues with reservations two weeks in a row and I don’t know what that means. 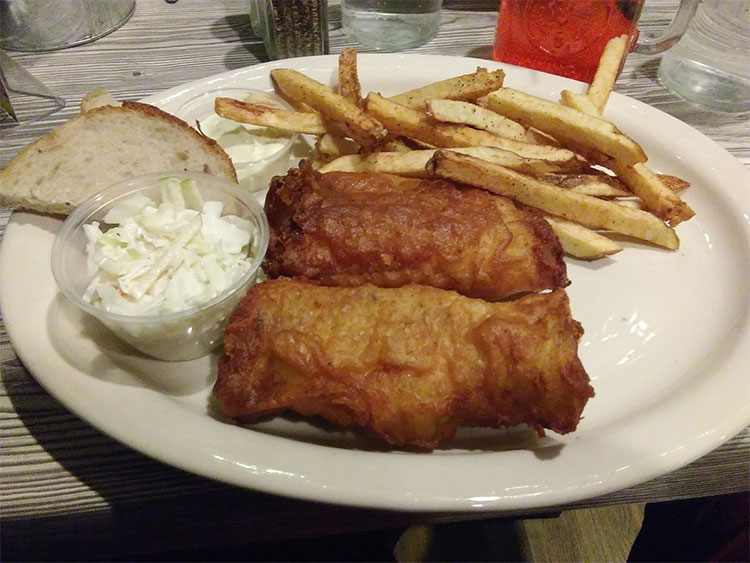