Back in 2015, we decided to help informally kick off the Milwaukee Comedy Festival by asking eight comedians to gently (or, in some cases, straight-up viciously) make fun of the city they love in our inaugural Roast Of Milwaukee event. Following the wonderful response to those verbal punches thrown in the direction of Milwaukee, we decided to do it again with an even bigger and better event at Club Garibaldi in 2016. Then we did there again in 2017 and 2018—which featured memorable sets from media personalities like Ted Perry, Ramie Makhlouf, Tarik Moody, and Jon Adler.

Since there’s no shortage of material about Milwaukee out there, we figured we’d do it again. Join us and co-presenter Milwaukee Comedy at Club Garibaldi on Monday, July 29 for our 5th annual Roast Of Milwaukee. In addition to the outstanding cast of local stand-ups taking the stage, 88Nine’s Dori Zori will also serve as the event’s emcee. The host will be joined by the following Milwaukee-area comedians (listed in no particular order):

And the laughs won’t just be at the expense of Milwaukee. A portion of the show’s proceeds will be donated to Milwaukee Women’s Center. The cover is $8 in advance (warning: only 120 tickets available!) and $10 at the door…or free when you show us your Milwaukee Comedy Festival pass, while capacity permits. This year, we’re partnering with Miller High Life, who will have “The Champagne Of Beers” on special all night long. The (21+) fun starts at 7:30 p.m (doors at 6:30). See you there! 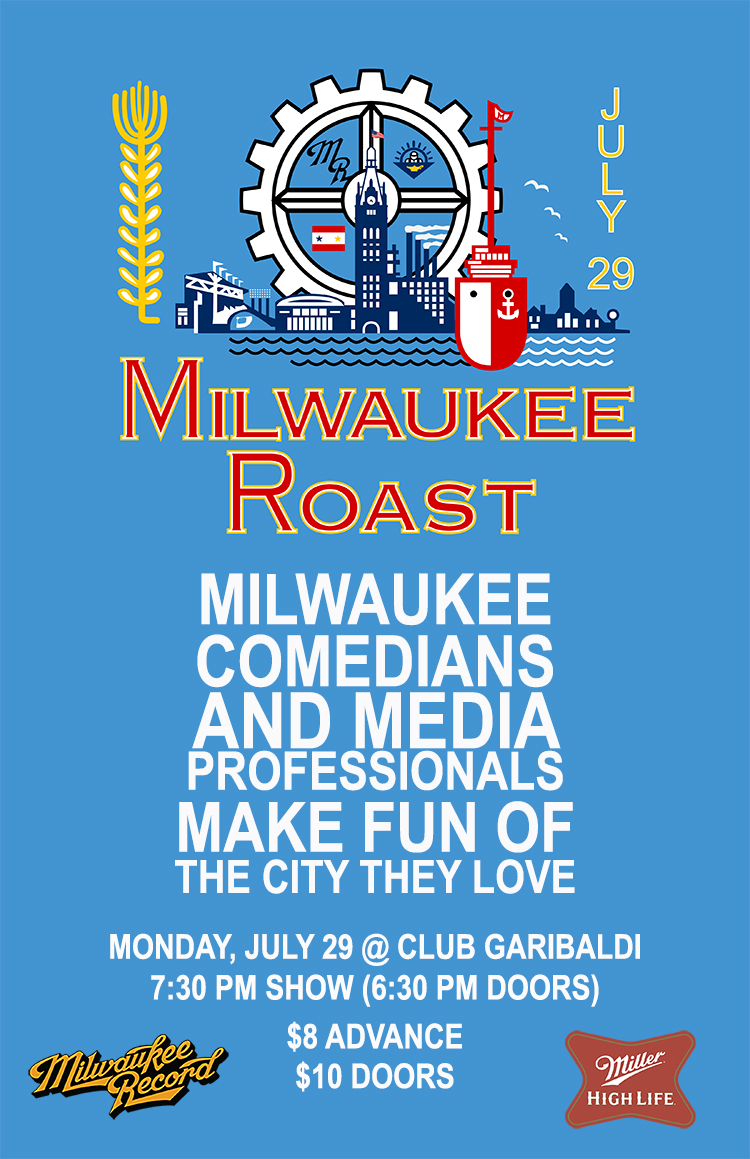