Excluding my dumb food– or drinking-related cries for help and whatever bullshit points I try to make on our podcast, I usually make a concerted effort to keep my personal life far away from this website. After all, I’m but a small vessel that’s here to help gather and articulate the wealth of great things being done by countless incredible people in our fair city. That’s it. Outside of that, who should really give a shit about the guy who writes that stuff? Nobody. However, if this was my online dating profile (and please feel free to treat this as such, ladies), I’m fairly certain that at some point before my character limit was reached, I would mention something about cats.

I fucking love cats. After going through most of my life unable to understand why much of the world was so cat crazy, I developed a sudden affinity for felines over the past six or seven years. I realized I wasn’t all that different from members of the species. Like cats, I’m also covered in hair. I, too, dislike most people. I hate Mondays, I constantly seek independence, I’m known to enjoy a good lasagna, and I do things people on the Internet seem to enjoy from time to time. So it’s safe to say news of “Wisconsin’s first cat cafe” opening this month piqued my interested. Within days of the business’ beginning, my love of cats and utter disregard for my own free time found me leaving the plump 10-year-old orange tabby at my place behind, and hitting the road with the intention of playing with upwards of 15 cats in public.

Unfortunately, Cat Cafe Mad—the state’s first feline-focused coffee shop—is out in Madison, an 83.2-mile trek from my house. I hadn’t gone that far for pussy since I dated a girl from central Illinois…who had a really cool cat. Still, with visions of a purrfect Saturday propelling me westward on I-94, I made the semi-inconvenient hour-and-a-half journey to take in the sights, sounds, and the overriding uncomfortable oddity of Wisconsin’s first cat cafe. 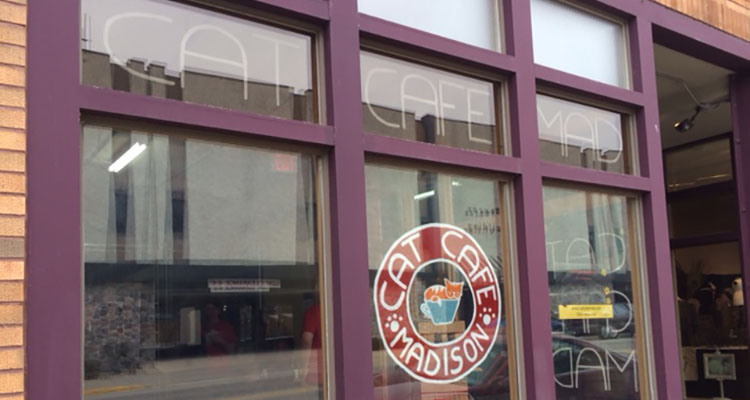 Nestled beside a Trader Joe’s, a cluster of coffee shops, and the similarly named pet store called MadCat in an especially granola enclave of the Badger State capital, Cat Cafe Mad was bustling on the first Saturday afternoon of its soft opening. In fact, there was a logjam of people at the entrance-adjacent register who were waiting to pay for their kitty time. After a few minutes, it was my turn to pay. Usually, entrance would run $10, which includes one beverage. This being the weekend before the establishment’s April 1 grand opening, though, I got in for $5. Immediately after paying, I was directed to another podium, where I had to sign a waiver that covered the business in cases of customer injury. No stranger to scratches, I was glad to autograph the iPad and enter the “cafe” area. 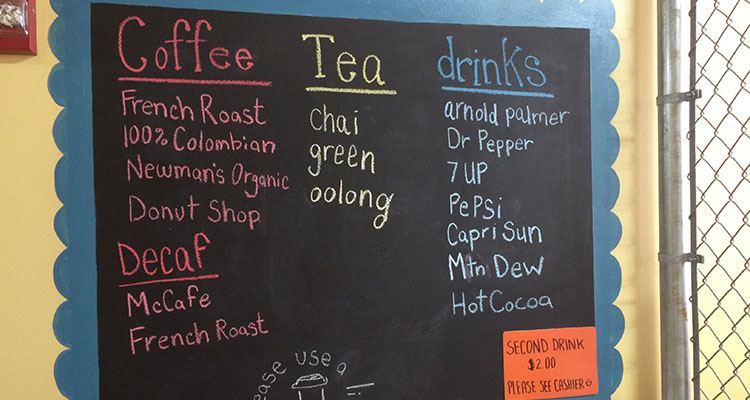 Shoved clumsily in a fenced-in portion of the place (surely done to adhere to health codes), between the register/waiver stations and the cats was the self-service refreshment area where—to quote Cat Cafe Mad’s website—customers can enjoy “excellent drinks.” In reality, there was one fucking Keurig and a mini fridge with some sodas and generic pouch juice. I know the cats are the main draw, but holy shit was the “cafe” portion a letdown. It was to coffee shops as a “nail bar” is to bars. Whatever. I grabbed a can of Arizona brand Arnold Palmer and exited the coffee cage with hopes the subsequent cat interactions would salvage the experience. They didn’t. 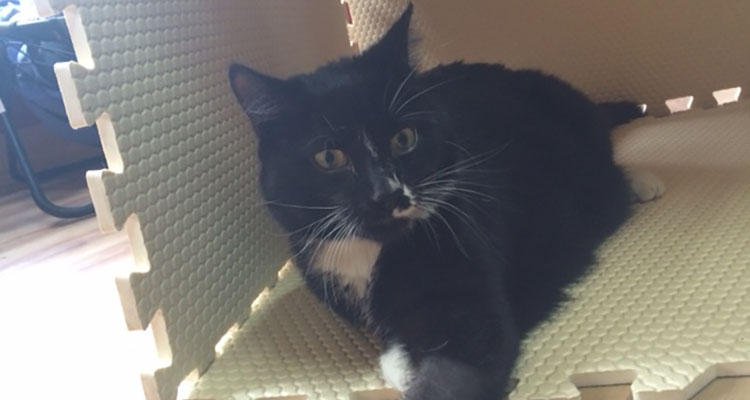 Cat Cafe Mad’s 14 furry employees (and one bald one) are rescues that have been adopted from four shelters. Of those, a few are foster cats that are available for adoption. Though it’s a proven fact that all cats are cute, it was refreshing to see the business took in old cats, one incredibly fat one, a orange gentlemen with a sore on his lip, and Sabastian (pictured above), who is a little dude who has trouble walking. Most of them seemed relatively at ease either walking around or (more often) sleeping. While I can’t fault Cat Cafe Mad for its mission and its good intentions, the execution of the concept left a lot to be desired. 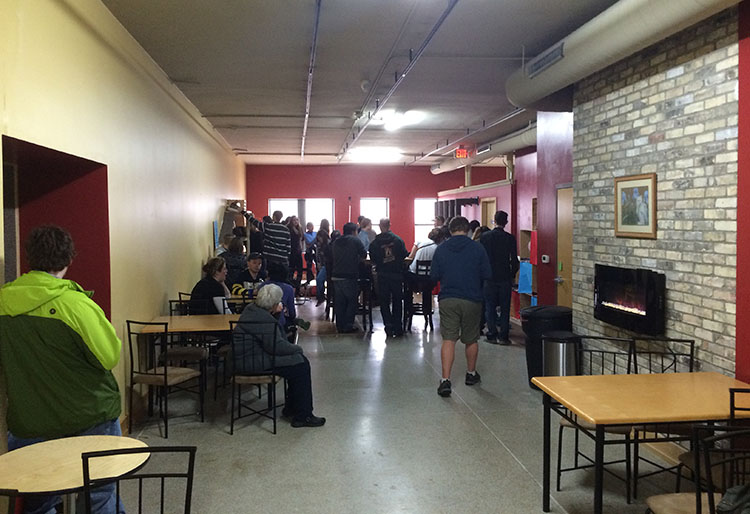 When asked how many people would be allowed in, one employee said they were zoned for 90 people. Though that number might fly with the Fire Marshall, the idea of 90 people wedging themselves into a long, thin corridor strewn with tables and chairs can’t be ideal for cats. Even the 25 or so weirdos (so many weirdos!) glombed onto one end of the cafe wasn’t exactly in line with the relaxation and comfort Cat Cafe Mad touted on its website. I was getting frazzled, and I’m a human who had the ability to leave. I can’t imagine how the cats are left to feel after an entire day of attention and having their (very limited) space encroached upon by people. It also bears mentioning that of the crowd of cat-crazy people crammed to one end of the cafe, none of them were employees.

To be clear: I have no doubt the owners and employees care a great deal for the animals, but while two red-shirted employees were welcoming customers, taking payments, and issuing waivers for the businesses’ protection, the cats (who, along with appeal of terrible coffee and canned soft drinks, were the reason the business exists in the first place) were left completely at the mercy of the customers. One little girl squeezed a cat hard before her guardian, fortunately, told her to stop. A jittery 20-something guy fed a kitten at least eight treats from a bag he’d purchased from one of the two distracted women up front—neither of whom would come back to check on the welfare of the cats in the entirety of our visit. Some spazzy dude lifted Sabastian’s hips and back legs until he, annoyed, gimped away through the cat door into the private room with litter boxes. Though no real harm was done, the conditions and the lack of supervision left me concerned. I left within 30 minutes.

In all, I drove to Madison with visions of quality cat hangs in a comfy cafe setting, and left holding a half-full can of Arnold Palmer and an overriding sense of uneasiness. While not much can be done with the young venture’s limited space and (seemingly) shoestring budget, I hope Cat Cafe Mad considers following the model of other cat cafes and switches to a reservation system where a limited number of cat lovers can enjoy quality time in a setting that’s safe for every creature. Until that happens, “Wisconsin’s first cat cafe” could—and probably should—be destined for the same fate as “Wisconsin’s first cuddle house.”