With the city currently in the throes of local awards fever, Milwaukee Record presents The Randoms, a series of highly specific and delightfully arbitrary “best of” awards that do away with pesky voting and feigned attempts at impartiality. Throughout the week, we’ll be recognizing the people, organizations, and places that help elevate life in Milwaukee. This week is sponsored by Boone & Crockett, 2016’s Best Bar With A Taco Truck Out Back (Bay View).

It may be hard to remember in today’s post-election maelstrom, but back in early 2016 Milwaukee was really, really getting worked up about a flag. Yes, thanks to a seemingly never-ending contest that sought to replace Milwaukee’s current city flag with a new, TED Talk-approved city flag, Milwaukeeans were divided as never before. Was the campaign to create a new flag an honest civic concern, or just a way to sell some cheap trinkets? Should the current flag be kept as-is, modified somehow, or perhaps forever inked on one’s forearm? Were we all just a bunch of clueless rubes who had long been intermittently flying a flag that violated the heaven-sent principles of good flag design? Help us, Roman Mars, help us! Etc.

In the end, the winner of the so-called “People’s Flag of Milwaukee” contest was “Sunrise Over The Lake,” designed by Robert Lenz. It was kind of nice, kind of lame, kind of Corona-esque, and kind of immediately available for $50. You can occasionally see it around town today. It’s not the official Milwaukee flag, but it’s an alternate Milwaukee city flag. Cool. 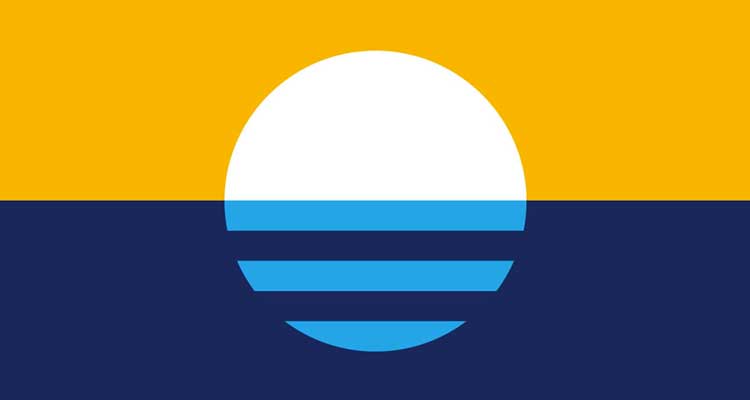 But wouldn’t it be great if there was an alternate alternate Milwaukee city flag? One that seemed to say, you know, “Milwaukee”? Enter this nifty number, from Wisconsin designer Andrew Benson: 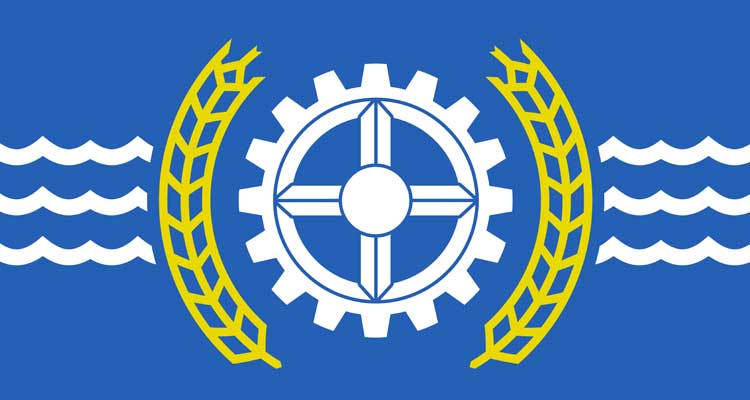 Industry! Water! Wheat! Milwaukee! Perfect! Sadly, Benson’s design (and similar designs) didn’t make the cut in the “People’s Flag” contest, for reasons known only to God, the contest’s judges, and John Gurda. Still, we’re fond of it, and consider it a worthy alternate to the “People’s Flag.” How about calling it the “Milwaukeeans’ Flag of Milwaukee”? Yeah, we like that, too.