First, some background: Way back in February 2016, the Domes were temporarily closed when chunks of fallen concrete were discovered in the Desert Dome. Controversy, death knells, and the gnashing of teeth followed. Public outcry over the Domes has since cooled, but the aforementioned task force has been dutifully meeting every month or so, figuring out what it is they’re supposed to do, and, with the help of Boston-based economic consulting firm ConsultEcon, occasionally releasing options for the future (or non-future) of the Domes. Their latest options—which they plan to push this summer—include some doozies. They are:

Yes, both of these pie-in-the-sky options imagine either a retrofitted or a brand new, futuristic Show Dome stocked with xtreme things like a canopy walk, climbing structures, and, yes, ziplines. So long, Kooky Cooky house; hello Monster Energy Drink Bungee Bridge. The slides speak for themselves: 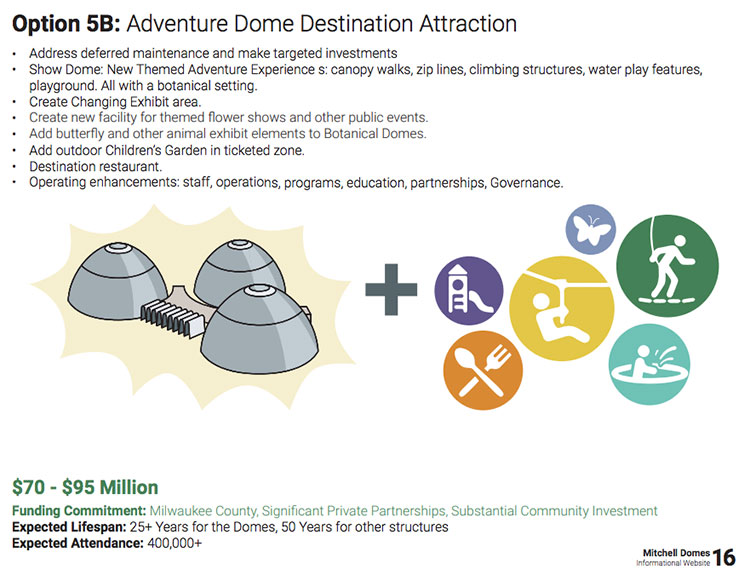 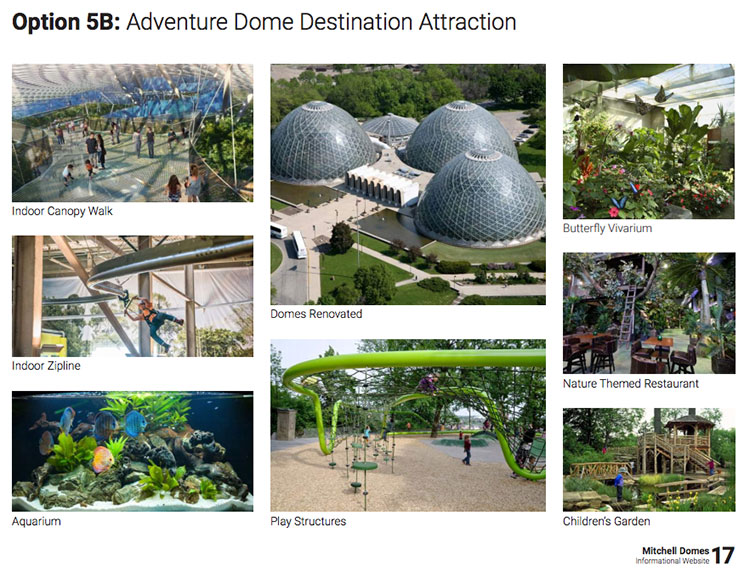 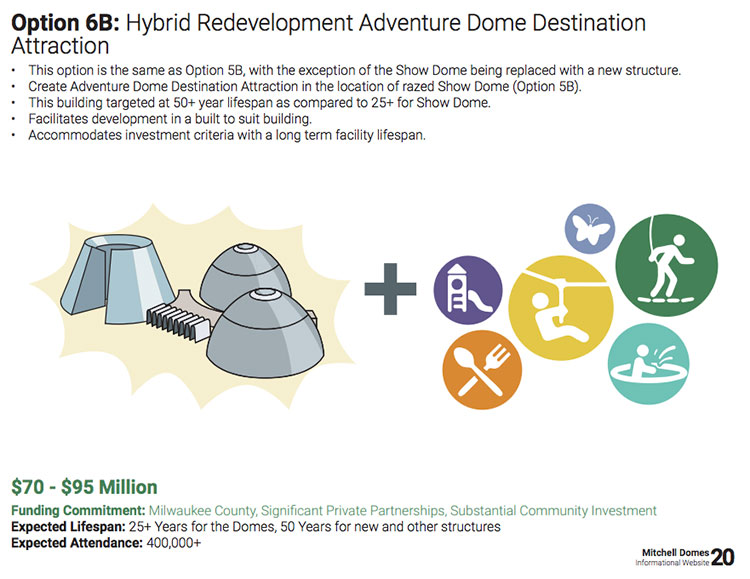 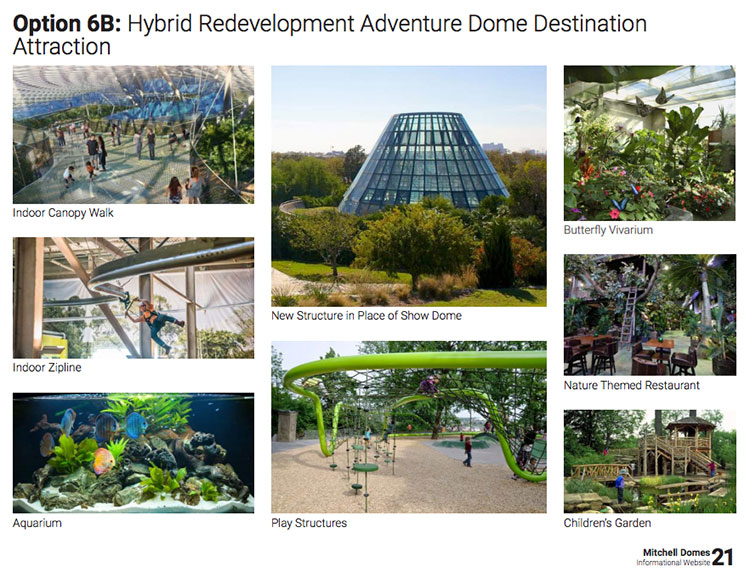 Will Milwaukee County taxpayers be interested in shelling out up to $95 million to turn the safe and staid Show Dome—usually home to flower displays and model train demos—into a glorified American Ninja Warrior training ground? Probably not. Would it be totally awesome to fly around one of the Domes on a zipline? LET’S BUCKLE UP, DO THE DEW, AND THINK BIG, MILWAUKEE.