A task force charged with figuring out what the hell to do with the troubled Mitchell Park Conservatory Domes spent a good portion of its second meeting Wednesday night figuring out what the hell to do with itself instead. The nearly three-hour meeting, held at the conservatory and masochistically open to the public, was filled with oodles of information and three intriguing financial options for the Domes’ future. Little of it garnered significant discussion. Instead, PowerPoint slides were projected, agenda items were deferred, Beatles tribute bands were discussed, and nearly 45 minutes of the meeting were spent figuring out how to end the meeting. Some guy in the audience yelled a lot when it was all over. John Gurda was on the task force, though, which was nice. 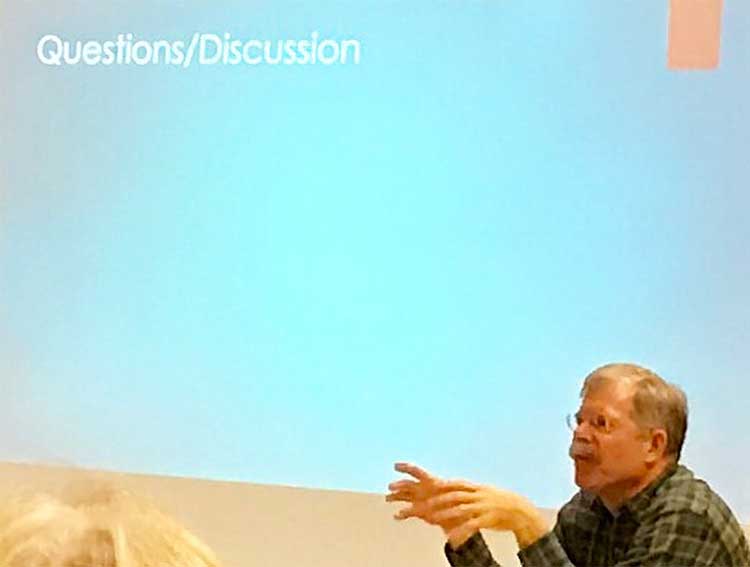 Based on meeting materials posted ahead of time, as well as an advance BizTimes article titled “Milwaukee County task force mulls financing options for The Domes,” one of the big items on the task force’s agenda appeared to be, well, mulling financing options for the Domes. But nah. Those options, for what they were worth, varied in scale and complexity, and ranged from creating a “new, more efficient facility” to fully restoring the aging landmarks. 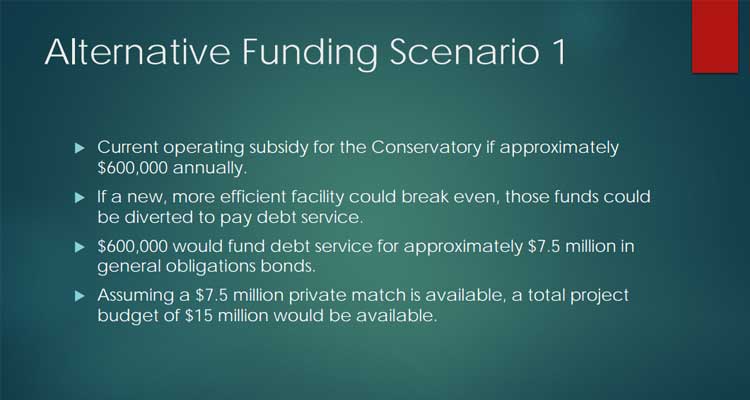 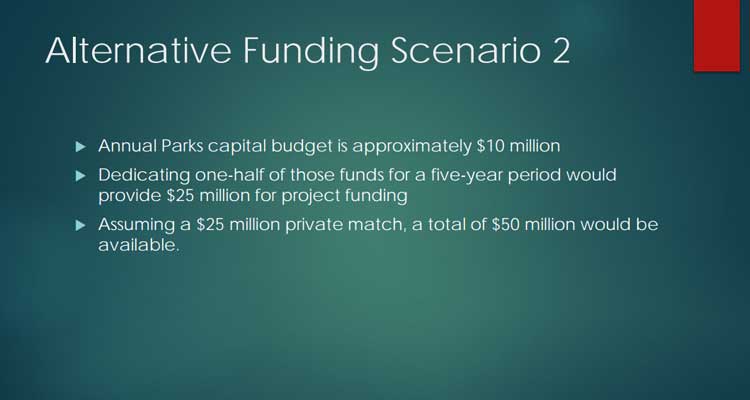 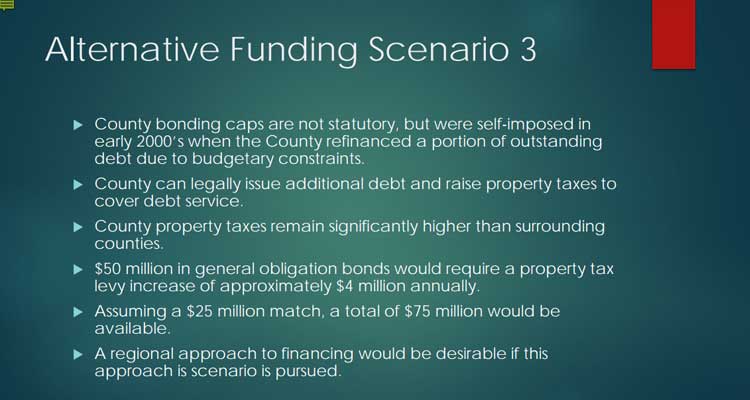 Not that the night was bereft of helpful and eye-opening material. Earlier in the meeting, Domes director Sally Folaron gave an overview of the operations and management of the facilities. According to Folaron, the Domes brought in 229,549 people in 2015, making it a “top ten Milwaukee destination.” She stressed the Domes’ reliance on money-making special events, such as Very Fairy Princess Day and Steampunk Day. Of the latter, Folaron mentioned it was a “very interesting day,” and assured the task force that the attendees were “very normal.” Somewhere, Bob Uecker had a flashback to that furry convention in Pittsburgh.

As for the decision to cancel the supposedly popular “Music Under Glass” series, Folaron chalked it up to dwindling crowds and lack of outside sponsorship. In recent years, Folaron said, shows that were once drawing an average of 600-800 people were bringing in roughly 200, making it difficult to pay the bands. “If you want The Britins,” Folaron said of the popular Milwaukee Beatles tribute band, “you have to pay top dollar.” Indeed.

Kreklow, meanwhile, was tasked with detailing the financial challenges currently facing Milwaukee County, as well as the financial challenges facing the Domes themselves. Spoiler: they weren’t pretty. The county’s ever-growing “legacy obligations” alone, like pensions and health care costs for long-retired workers, topped $100 million a year, Kreklow said. As for the Domes, well, bring on the slides! 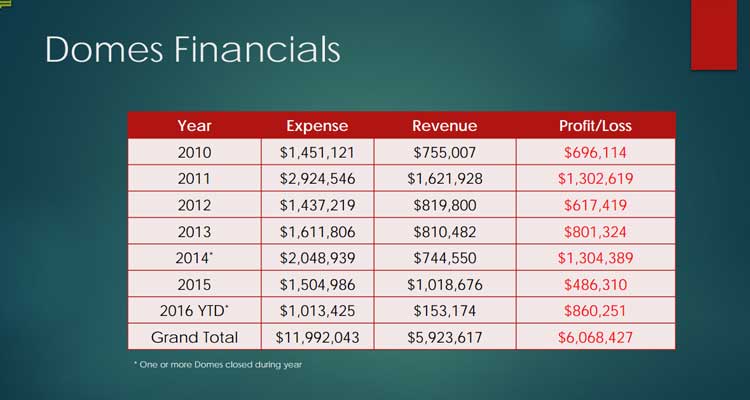 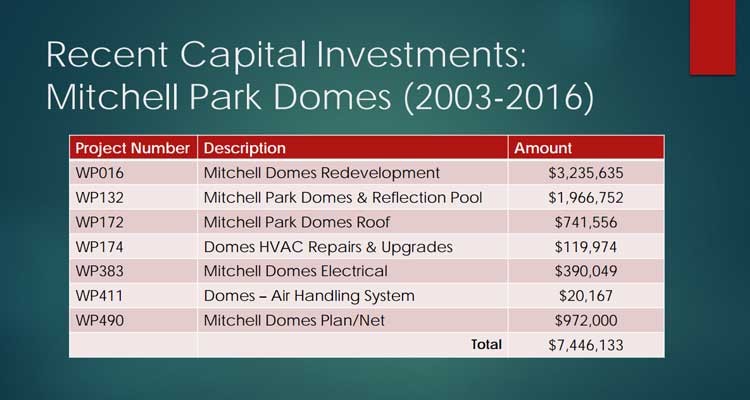 By the time Kreklow got to the three funding scenarios, the meeting was well into its second hour. Task force chairman William Lynch—a retired attorney, a current member of Preserve Our Parks, and a dead ringer for Orson Bean in Being John Malkovich—moved to defer the remaining agenda items and bring things to a close. This led to nearly 45 minutes of procedural hemming and hawing, talk of needing more information, talk of already having enough information, and Gurda quipping that “if we slice and dice this too finely, we’re going to be here for the next four years.”

In the end, even though the Domes Task Force meetings are open to the public (the next one is tentatively scheduled for January 4), they’re not really for the public. They aren’t listening sessions, and they sure as hell aren’t Pokemon primal scream sessions. They’re dull, snail-paced government meetings. Still, the lack of progress made over the course of two meetings—and the apparent confusion as to how to move forward—is concerning. As Folaron said at one point, “The love for the domes, the love for the conservatory is there.” Let’s hope that love gets some solid support soon.