• After years languishing as an incredible and inspiring icon/T-shirt that could merely be marketed or purchased for $50-$180, the so-called “People’s Flag of Milwaukee” may finally become the official flag of Milwaukee. Someone get Roman Mars on the horn, because the city’s grassroots symbol of pride and unity (that’s what the color white represents!) may soon be grassroots no more. In your face, Reno!

Yes, according to Urban Milwaukee, three Milwaukee alderman—Khalif Rainey, Cavalier Johnson, and Robert Donovan—have introduced a resolution to make the People’s Flag all official like. The Steering and Rules Committee will discuss the matter June 7; after that, the Common Council could take up the matter as early as June 20. Urban Milwaukee also provides this reminder/shade:

The 1955 flag does have its defenders, although Matt Wild, one of the most high profile critics of Kodis’ effort to change the flag, has recently given up.

Oh, and unless someone sets up an online petition or something (hint hint), we’re no longer selling our People’s Socks of Milwaukee. [Urban Milwaukee] 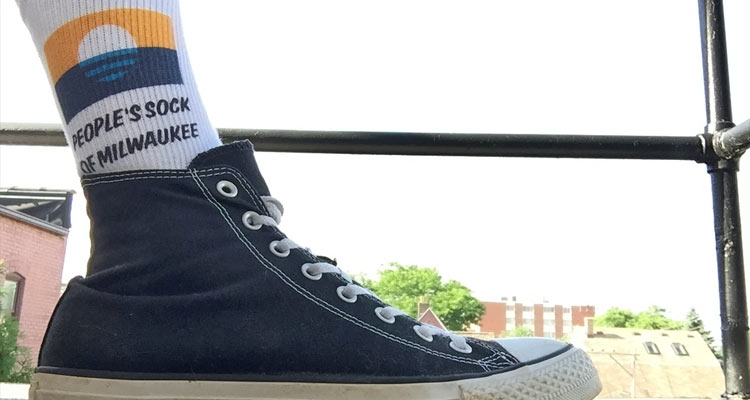 • Whatever the arena ends up being called, Good City Brewing will definitely be setting up shop in the adjoining “live block.” [Milwaukee Journal Sentinel]

• Summerfest is banning backpacks and other large bags this year, so just leave ’em at home. [Milwaukee Journal Sentinel]

• Former Park East Hotel operator Harjeet “Rick” Walia bought the former RC’s bar, 1530 E. North Ave., for a cool $800,000. Plans for the East Side property have yet to be unveiled. [Milwaukee Journal Sentinel]

• A new “micro co-working space” is opening on Milwaukee’s East Side. Work Lofts will be located on the second floor of the former Izumi’s, 2140 N. Prospect Ave., above the new Kanpai 2 restaurant. [BizTimes]