Last April, as the COVID-19 crisis was really starting to make its presence known in Milwaukee (and virtually everywhere else in the country, for that matter), Burnhearts announced that its 13th annual Pabst Street Party—slated to take place June 20, 2020—would be canceled. Roughly one year later, we’re delivering a similarly unfortunate (but understandable) piece of news. Burnhearts will not be hosting a Pabst Street Party in 2021.

Though there is encouraging news with rising vaccination numbers, the pandemic is still not over. The bar it remaining cautious for now, but owner William Seidel tells Milwaukee Record he is “hoping Mitten Fest is possible” next February.

In more positive Burnhearts news, the Bay View bar (which has been closed for the vast majority of the past year) is hoping to re-open for patio service with limited hours as early as May 6.

“Expect a smaller—but same quality—beer menu, and we will be introducing some tap wines and cocktails,” Seidel says. “We’ve made some subtle changes inside too, keeping the feel, but giving the place a bit of a refresh.”

Pabst Street will not be happening, but at least it looks like Burnhearts will be back in some capacity soon. And if enough people get their shots and do their part to stop the spread, we can pretty much bank on Mitten Fest coming back in early 2022. 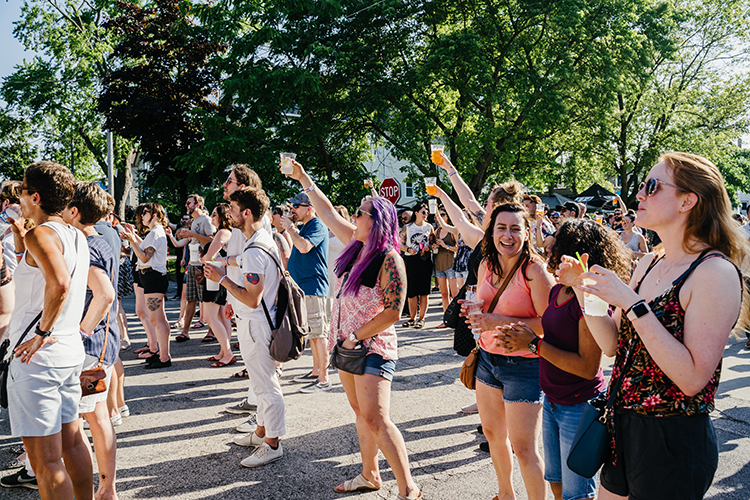