Over the weekend, the Brookfield Sheraton was abuzz with flickering screens, flipping paddles, stacked cartridges, and the persistent click of mashed buttons on plastic controllers. Hundreds of gamers hailing from all corners of the country spawned in every ballroom, conference room, corridor, and vacant lobby nook—even a few private rooms—of the suburban Milwaukee hotel to partake in the Midwest Gaming Classic. Founded in 2001 as a small celebration of specific gaming consoles, MGC presently touts itself as “the largest all-encompassing electronic gaming tradeshow in the Midwest. It’s now a full-fledged force that spans more than 21,000 square feet and includes virtually every electronic gaming system known to humankind.

Milwaukee Record risked thumb cramps and ran into the 2014 Midwest Gaming Convention with Leeroy Jenkins levels of enthusiasm Saturday to see what this now-behemoth gaming event was all about. While the sheer enormity of the Classic made it impossible to get anywhere close to playing everything, we did our best.

Upon entering, our senses were overrun with visual stimuli. Both sides of the hallway were lined with televisions cued up to play consoles from all eras of gaming. People of all ages and walks of life were wandering the scene. Guest speakers were conducting presentations throughout the day. A small group was playing Magic: The Gathering at designated table top gaming areas. For every stereotypical gamer proudly wearing costumes of their favorite characters (when did Waluigi get so popular by the way?) and drinking Mountain Dew or Red Bull, there was somebody in sports apparel sipping beer between levels. This type of cross section isn’t all that surprising, though.

After getting a handle of the massive scene, we opted to start at the beginning, so to speak, in the Classic Gaming and Computer Museum. The ballroom-turned-entertainment system archive had dozens of systems set out chronologically in order of release. Numerous systems were represented, from a rudimentary pong game all the way to the MAM addition-like abomination. After waiting in line far too long in hopes of reliving our elementary school days via an Oregon Trail buffalo hunt, we set camp beside a Sega Genesis with NBA Jam. A few “Boom Shakalaka”s later, it was on to the Arcade Hall.

Stationed in an equally vast room more accustomed to wedding receptions, this ballroom adequately celebrated the marriage of two gaming mainstays: pinball and arcade machines. After Johnny Cage cock-punched our Raiden to death in Mortal Kombat, and we were reminded how difficult both Arkanoid and Galaga are, we moved on to pinball. There were dozens upon dozens of pinball machines on hands. Gorgeous relics like a pristine vintage Aztec, all the way to short-lived novelty pieces honoring Baywatch and Demolition Man illuminated the otherwise dim room. Best yet, every game was on free play—since all gaming was included with admission. 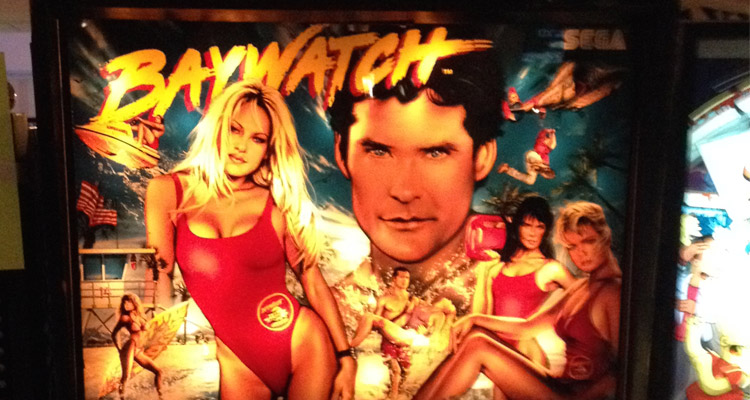 Though gaming was free, there was no shortage of things on which gamers could blow some coin. Attached to an exit, a football field-sized tent was home to a sea of vendors selling games, as well as sci-fi memorabilia, used systems from bygone eras, clothing, and even hand drawn caricatures of Nintendo favorites. While a copy of Beethoven on Super Nintendo was enticing, we passed, before replacing our Madden ’94 SNES cartridge for a scant $3. (Pro tip: If playing as the Packers, swap out Reggie Cobb for LeShon Johnson.) 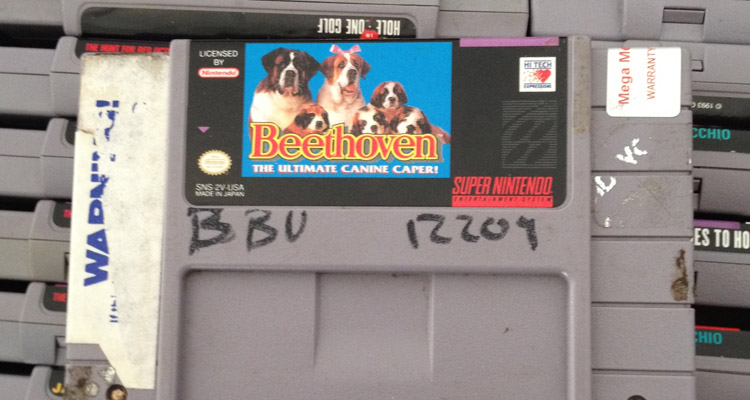 Before heading back for more pinball and taking on Shaq in the arcade version of NBA Jam (the only version on which Mr. O’Neal signed off), we ventured down to the basement where we saw the exceedingly rare—and exceedingly shitty—Atari Jaguar. An Atari 2600 enthusiast even read us the manual for a new homebrew game called Explosive Diarrhea that’s centered on a family of hillbillies eating bad clams.

We didn’t know what to expect from the Midwest Gaming Classic, but left pleasantly surprised with the size, the execution, and the level of entertainment it offered even the most novice gamers. Our only regret was not arriving earlier or going the following day. With any luck, Brookfield will blow out the cartridge and hit the reset button on the MGC next spring.