Even now, more than 20 years since his untimely death, Chris Farley still holds a special place in the hearts of comedy fans and Wisconsinites. To celebrate the life and the work of the Madison native and Marquette graduate, Lakefront Brewery and Avalon Theater are joining forces for a special screening of Tommy Boy for an event the brewery has dubbed “Farley + Barley.”

The quotable 1995 comedy classic will be shown on Wednesday, February 14, the eve of what would have been Farley’s 54th birthday. The screening will also double as a tap takeover at Avalon, with Lakefront serving up a variety of beers that have been temporarily renamed for the occasion. Those beers include:

Tickets to the 7 p.m. Farley + Barley screening are on sale now. They cost $5. 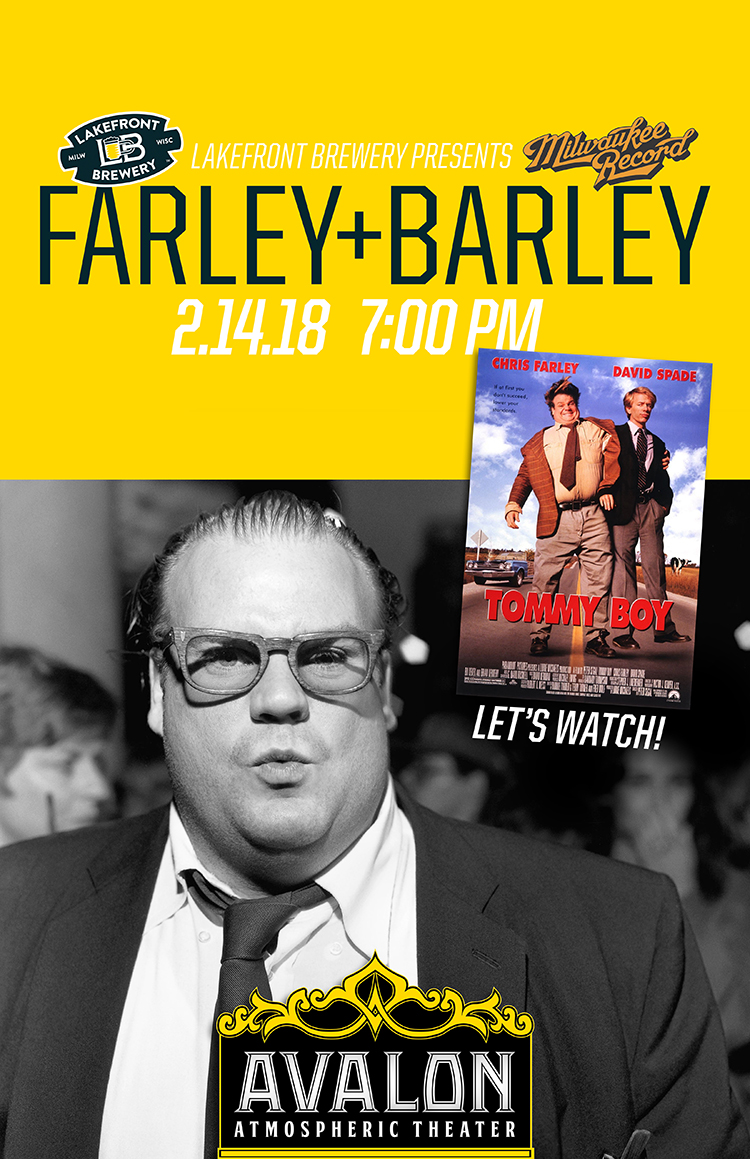