Howdy, Patreon pals! Have you ever found yourselves absentmindedly clicking around FanFiction.net, wondering how many decades-old stories you can find that involve Milwaukee? If your answer is YES, have I got a $5- and $8-level exclusive story for you!

Let me say this upfront: I am not here to poke fun at fan fiction, and I am not here to poke fun at people who may have written, say, a steamy Harry Potter story called “Harry Potter And The Curse Of The Feminine Attack” that ships Harry and Hermione and involves a young Voldemort visiting Milwaukee to see Star Wars: Episode II – Attack Of The Clones (don’t ask). It takes a lot of guts to post something you wrote on the internet (I should know), and it takes a TON of guts to post something when you’re not exactly a terrific writer (again, I should know). I applaud these brave souls. The internet would be a less interesting place without them.

Now, let’s get to some stories where Laverne and Shirley are terrorized by Pennywise the Dancing Clown, and where Harry Potter is a divorced proprietor of a Milwaukee bakery. 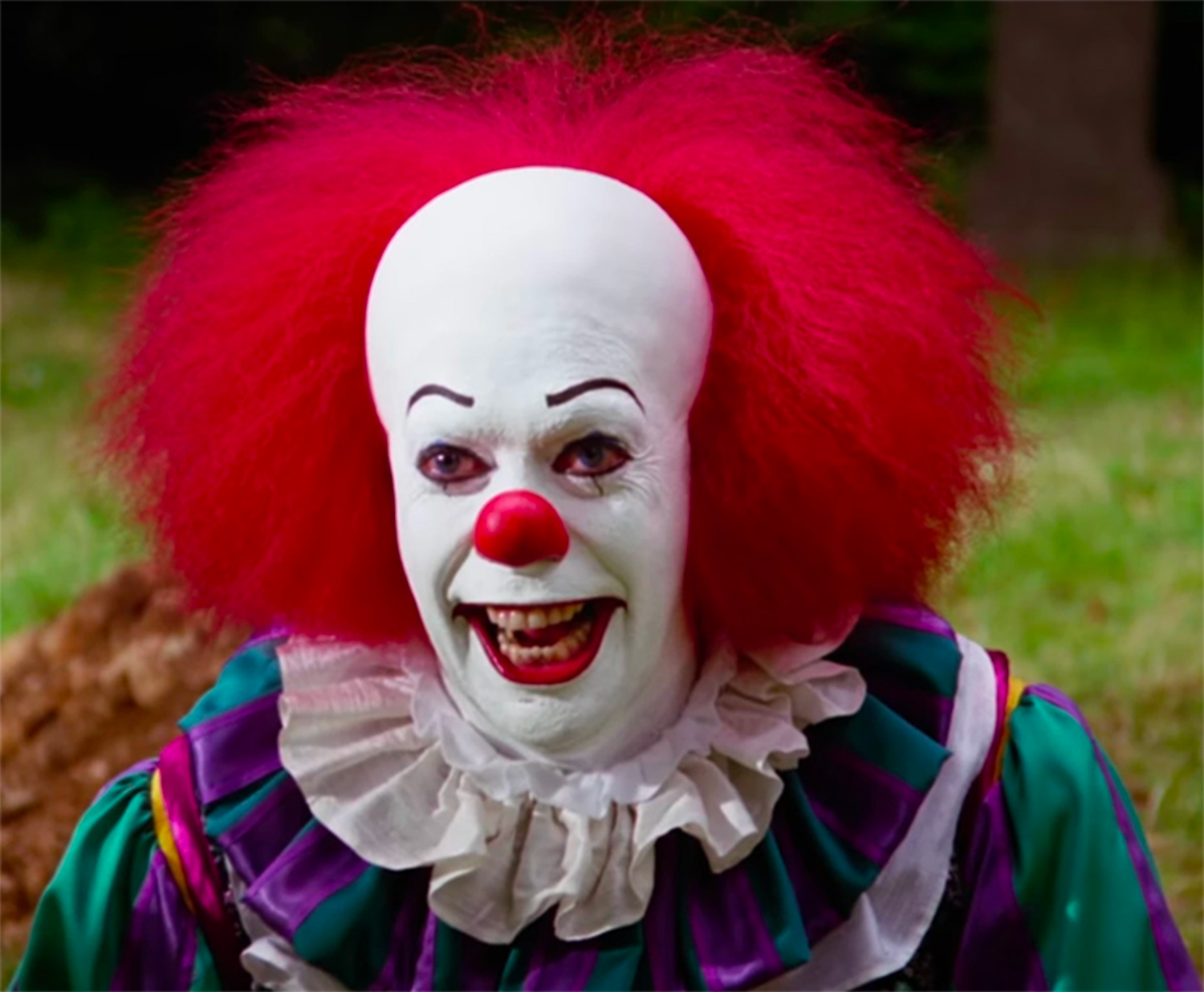 Description: “Laverne and Shirley encounter some of the scariest creatures ever made…NO NOT LENNY AND SQUIGGY!”

Highlights: Where to begin with this one? Not only does this remarkably violent three-part Laverne & Shirley story feature Milwaukee’s favorite fictional roommates doing battle with Pennywise from Stephen King’s It, it features Shirley buying a curious pet in (Milwaukee’s?) Chinatown. Yep, Shirley buys a Mogwai (Gizmo, in fact), and you better believe Laverne is literally dropkicking Gremlins a few pages later. Schlemiel, Schlimazel, don’t feed them after midnight!

As for Pennywise, it’s safe to say our usually headstrong heroines (“Doin’ it our way!”) have met their match in a cosmic evil that frequently takes the form of a demonic clown, and occasionally takes the form of Shirley’s on-again off-again boyfriend Carmine “The Big Ragoo” Ragusa. Yes, Pennywise kills nearly everyone in “Milwaukee Terror,” including Lenny (butcher knife to the guts), Squiggy (decapitation and mutilation), Mrs. Babish the landlady (decapitated, with a red balloon tied to her hair), and—sad but true—even Laverne (broken neck, with her intestines “expelled from her abdomen”). Long before Sally Hardesty jumped out a window in The Texas Chain Saw Massacre, Shirley Feeney fended off Pennywise (in the monstrous form of her childhood stuffed animal, Boo Boo Kitty) and became the original “Final Girl.”

Sample line of dialogue: Pennywise: “You can float, Shirley! I told you so!” 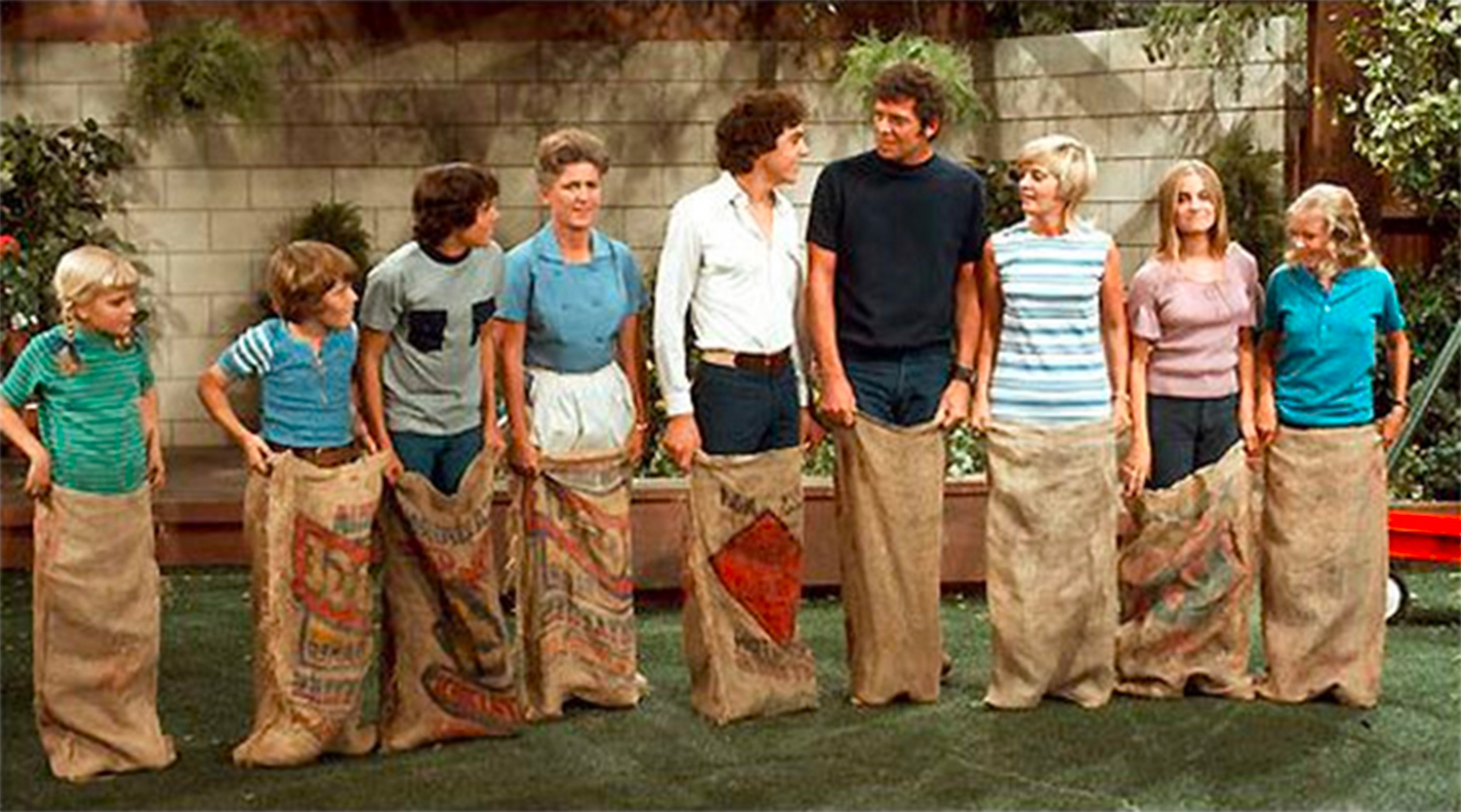 Description: “When Laverne and Shirley are fired from Bardwell’s they get a job baby sitting a ‘Bunch’ of Brady’s.”

Highlights: From the same author who brought you the Laverne & Shirley/It/Gremlins crossover comes a Laverne & Shirley/Brady Bunch crossover. (Shockingly, this crossover didn’t actually occur in real life.) Oh, the Partridge Family makes a cameo, too, because this author continually goes above and beyond the call of duty.

So yeah, the girls get fired from their department store gig, they bump into Carol Brady at the grocery store, and the next thing you know they’re sitting for the Brady kids (who apparently live in Milwaukee). Plenty of classic Brady Bunch memes make appearances: Cindy’s Kitty Karry-All doll, a backyard potato sack race, and Sam the butcher (“bringing Alice the meat”). Laverne and Shirley prove to be surprisingly nasty babysitters (Shirley confesses early on that she wants to “hurt those children,”) and the kids prove to be surprisingly nasty charges (Marcia confesses in her diary that she wants to “take one of the wires off my braces and wrap it around their scrawny necks”). Whatever Mike and Carol are paying Alice, it clearly isn’t enough.

Things come to a boil at a truly bizarre make-out/Twister party attended by Laverne and Shirley, Shirley’s aforementioned boyfriend “The Big Ragoo,” Lenny and Squiggy, Lenny and Squiggy’s dates, and…Austin Powers! Yes folks, Austin Powers himself shows up in the third act, and if you’re not clicking through to the actual story right now I honestly can’t help you. The kids cause all kind of havoc and Laverne and Shirley vow to never babysit again. The end, baby! Yeah!

Sample line of dialogue: Shirley: “GO OUTSIDE AND PLAY!!!!” 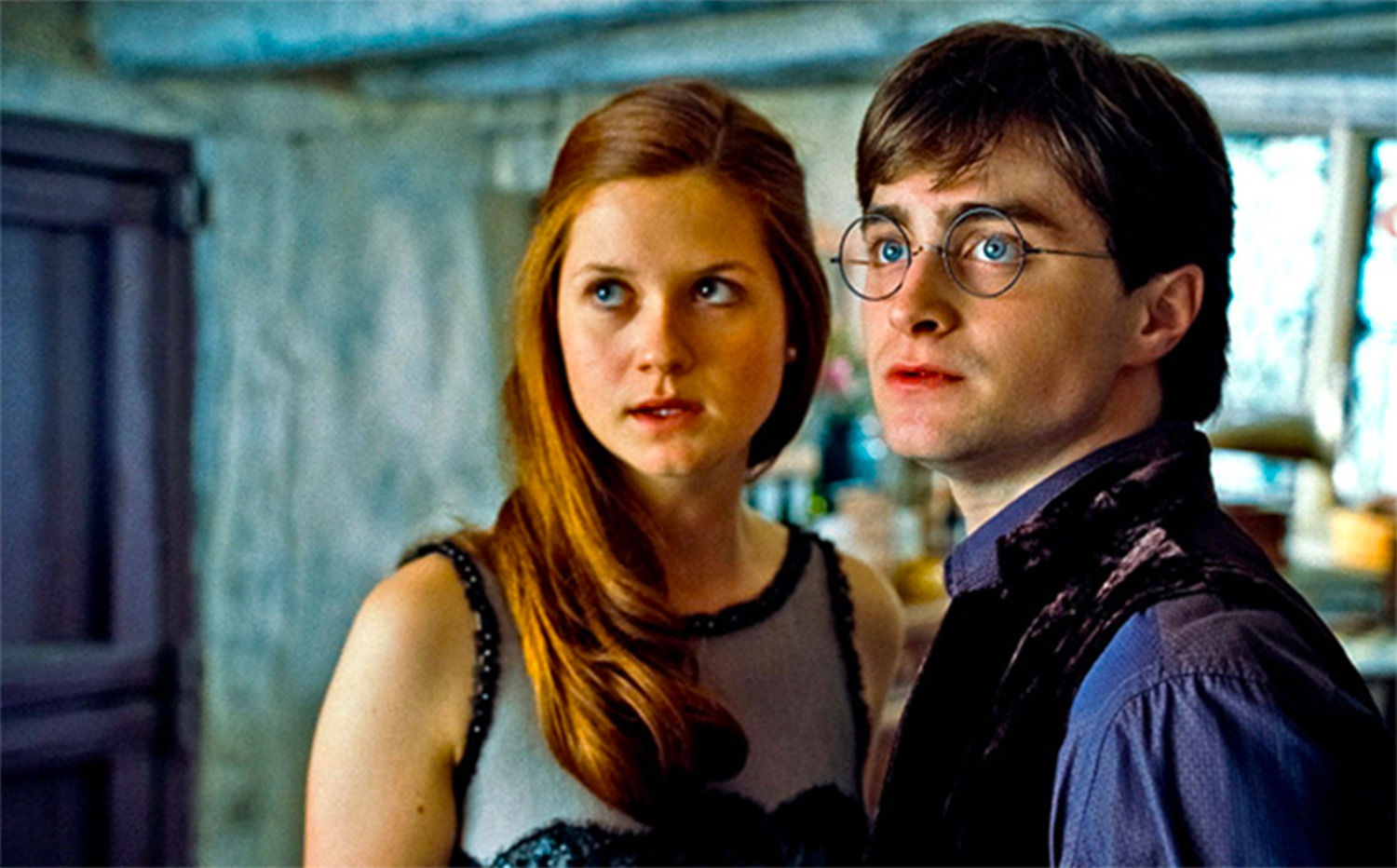 Description: “Harry moved to Milwaukee, Wisconsin hoping to escape the fall-out of his divorce with Ginny. How was Harry to know that following his dream would lead him straight to him?”

Highlights: This hot and soapy Harry Potter/Supernatural crossover has it all: broken marriages, forbidden love, and erotic bakeries. You see, in 2005, after walking in on his wife fooling around with Cormac McLaggen (“Ginny had immediately tried to deny anything untoward had happened, blaming it all on McLaggen who was trying to hop into a pair of pants,”) Harry moves to Milwaukee and opens a bakery called “Sinful Confections.” (Good luck getting that past the Milwaukee Common Council, Harry.) It’s there that he meets Supernatural‘s Victor Henriksen, who instantly asks Harry out on a date. A few steamy scenes and a couple of years later, Harry and Victor’s relationship is falling apart, too…

Sample line: “Harry had no real reason for moving to Wisconsin. He had the Goblins organize a list of major cities with retail space for sale in the United States and after that Harry had thrown a dart and come up with Milwaukee and it was as good a place as any.”

AND DELIVER US FROM EVIL AMEN 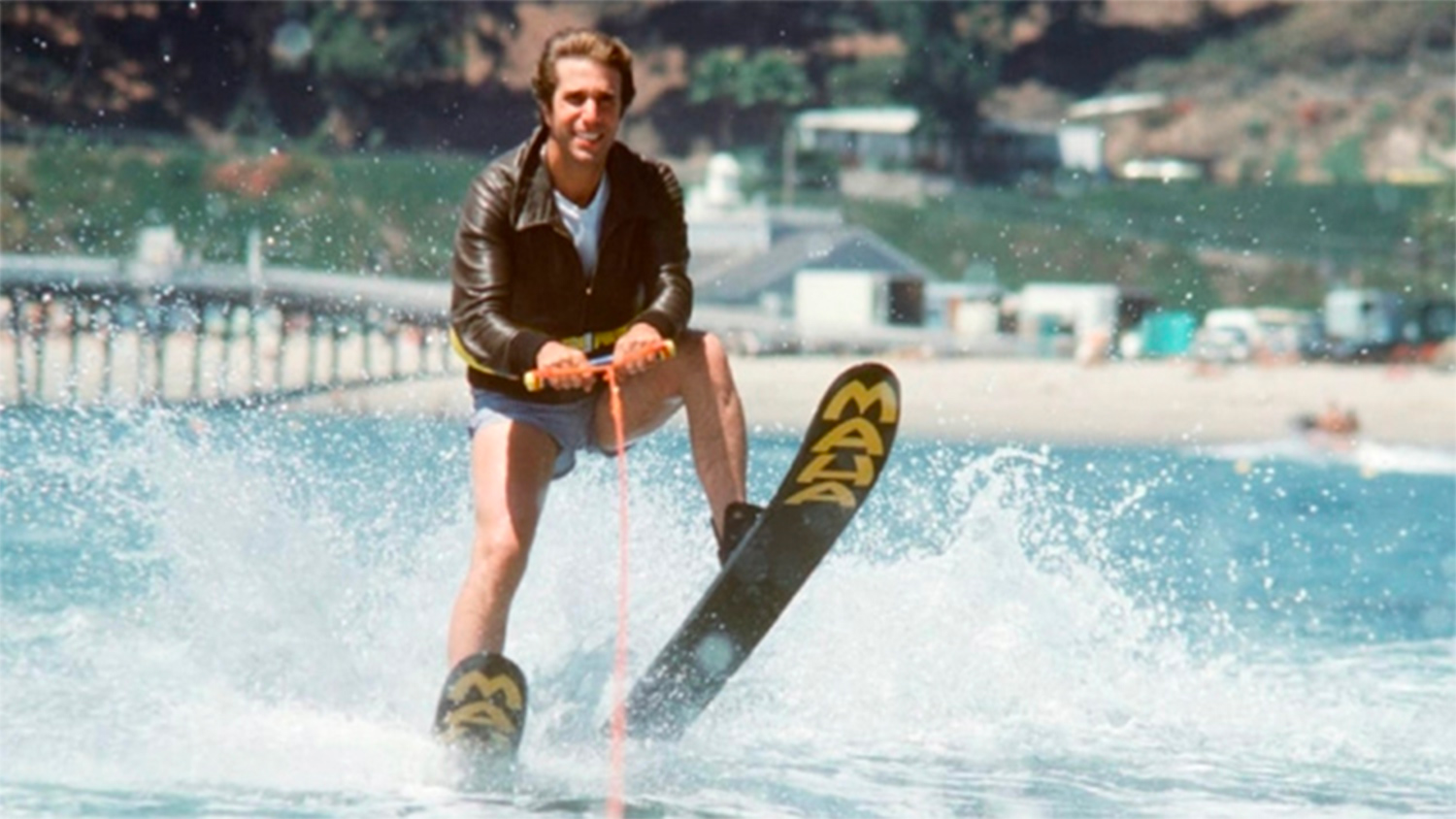 Description: “A plague of locusts descends upon Milwaukee, unleashed from Wisconsin State Prison…their only desire, to destroy…unless the gang has anything to do with it!”

Highlights: There are plenty of wacky Happy Days stories on FanFiction.net. “And Deliver Us From Evil” is not one of them. On its surface, it’s a relatively straightforward tale of the Fonz, Richie Chunningham, Ralph Malph, and Joanie and Chachi fighting the forces of evil in a hail- and plague-ravaged Milwaukee. (This is FanFiction.net, after all.) But a chapter detailing how “66 men and 4 women” incarcerated in Wisconsin State Prison psychically summon that carnage is both chilling and very, very personal.

“Thus beginneth the nightmares, flashbacks, and lack of ability to develop healthy adult romantic relationships or friendships,” goes a typical sentence delving into the prisoners’ traumatic childhoods. Things get more specific and sad from there. Cue the Fonz making a funny crack about his leather jacket and a news report informing us that the Milwaukee sheriff has been murdered, a church meeting has been bombed, and that “rape, bloodshed, and the death toll of children under 12 is at an alarming 50%.” Yeeeeeesh.

Sample line of dialogue: Fonz: “Potsie! Round up the Mr. and the Mrs.! Let’s moooove it out!”

So that does it! Thanks again for supporting us here on Patreon! Stay safe, and enjoy this picture of former Milwaukee weatherman John Malan in a commercial for Senior Helpers. 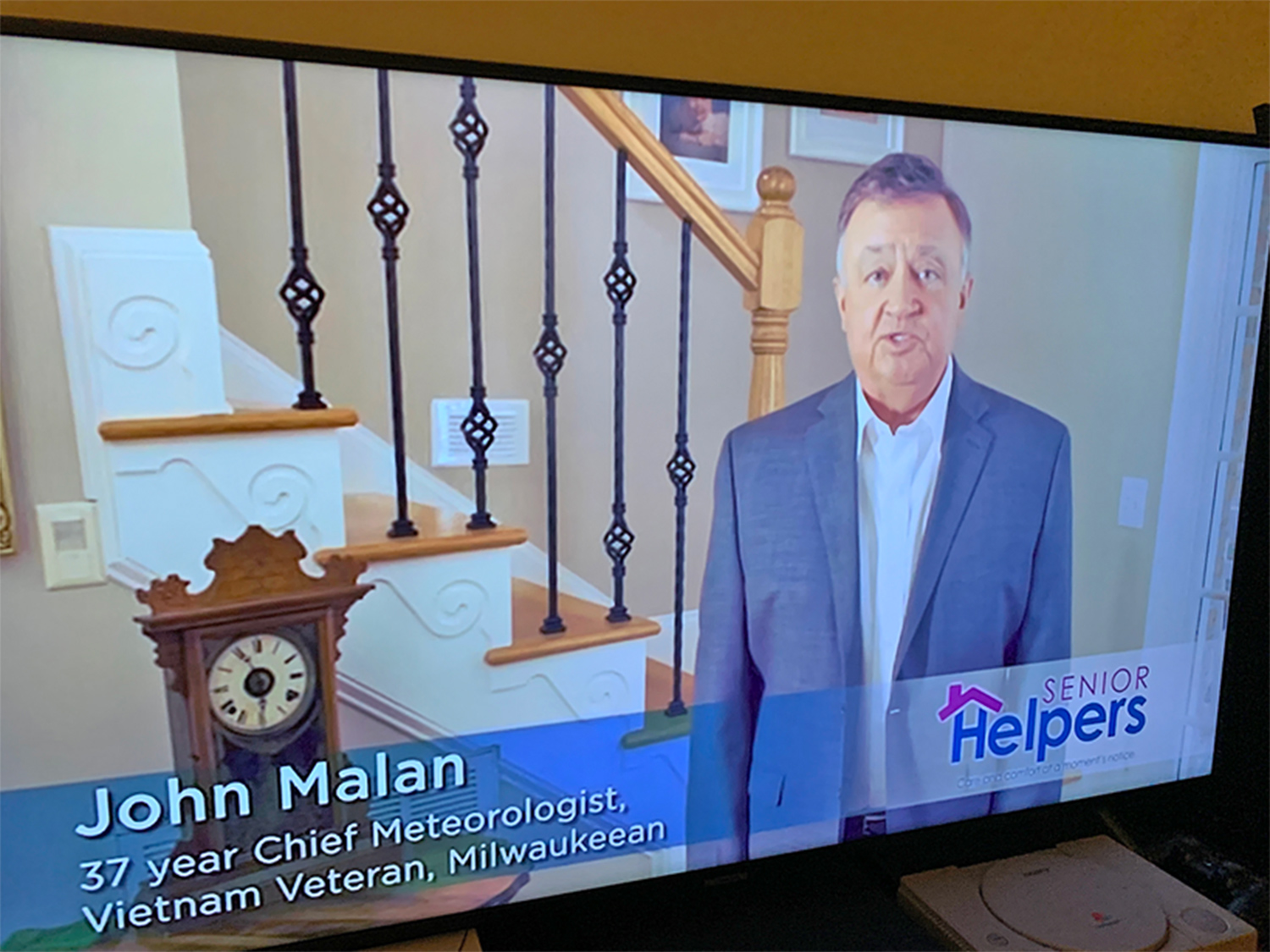