Last night, the NBA’s playoff picture was set. After a particularly torrid second half of the season, the Milwaukee Bucks clinched the No. 6 seed, which earned them the right to take on the Toronto Raptors in the first round. Despite having a full season of stats and other useful insight, there’s truly no telling how this series will pan out.

On one hand, the Raptors are really fucking good, given the great nucleus of DeMar DeRozan, Kyle Lowry, Serge Ibaka, and rebound machine Jonas Valanciunas that carried them to the third seed. Conversely, Milwaukee is a hot young team that is capable of upsetting anyone, especially when incomparable superstar Giannis Antetokounmpo heats up.

Sure, we could analyze the X’s and O’s of this exciting Eastern Conference playoff matchup before Saturday’s first game, but that sounds kind of hard and pretty boring. Instead of doing that, let’s go back in time. In 1994, Toronto held a contest to name its newly-awarded NBA expansion team. Some 2,000 submissions later, the upstart franchise emerged with finalists that included names like Beavers, Bobcats (later used and subsequently abandoned by Charlotte), Dragons, Hogs, Grizzlies (used by Vancouver’s expansion team, which eventually moved to Memphis), Scorpions, Tarantulas, Terriers, and Towers. Of course, there were two other names that stood out: T-Rex and Raptors.

Toronto doesn’t have a particularly strong affiliation with dinosaurs. Rather, those names shot up the list due to the rampant popularity of the 1993 film Jurassic Park, which formally introduced the world to the velociraptor. At the end of the day, T-Rex was too on the nose and a tad difficult to pluralize, so the Toronto Raptors were born, along with the cheesy basketball-playing dinosaur logo the team has since tried mightily to distance itself from. Essentially, Toronto’s mascot was the sports-related precursor to Boaty McBoatface, and a name that has aged far more poorly than the film that inspired it.

In early 1968, Milwaukee was awarded a franchise by the NBA. Similarly, the new team’s front office solicited name submissions from Wisconsinites. Though the Robins had the most votes, and names like Skunks, Badgers, Ponies, and Hornets had traction too, the Bucks was fortunately picked to be the team’s name. But what if, in the same way Toronto did, Milwaukee was swayed by the appeal of a popular film from the previous year? Could we be cheering on the Milwaukee Producers or the Wisconsin Jungle Books? As we wait to see how the Bucks hold up against a team named after a flavor of the week reptile in a 24-year-old film, Milwaukee Record fired up Photoshop and killed some time before the series by imagining what would’ve happened if Milwaukee named its team the way Toronto had. 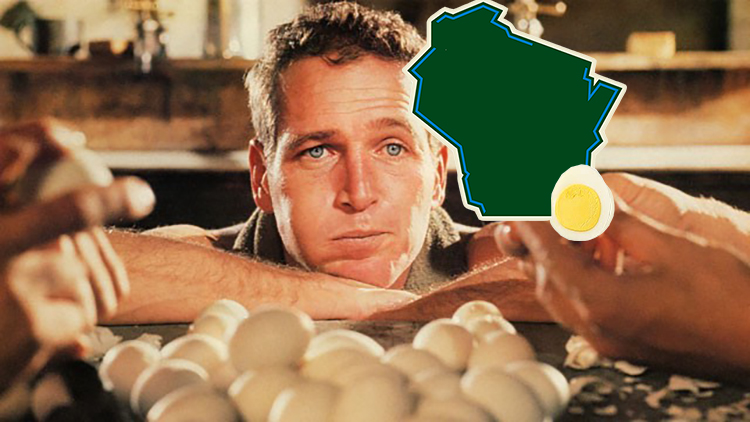 Cool Hand Luke — Milwaukee Eggs
Sure, Paul Newman was pretty much the epitome of cool, but the most memorable scene in the 1967 classic, Cool Hand Luke, came when the star ate 50 hard-boiled eggs. On its own, an egg isn’t intimating at all. In fact, they’re pretty fragile. But just look at Newman’s face as he gets deeper into the egg pile and tell me there isn’t power in numbers. The cholesterol alone is nothing short of terrifying. 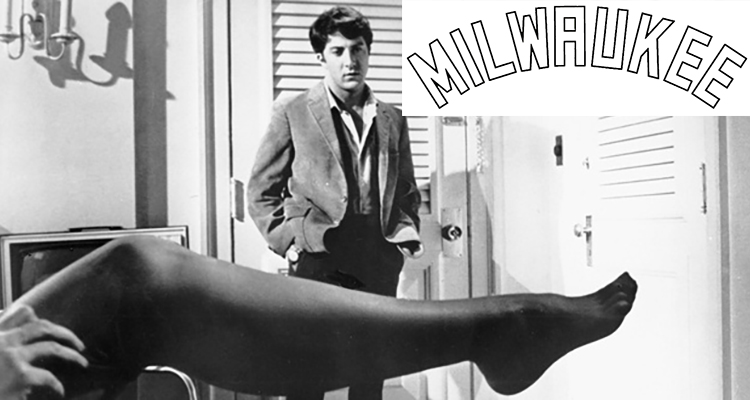 The Graduate — Milwaukee Mrs. Robinsons
One of the world’s most popular and referenced films is probably best known for the tryst between Benjamin Braddock (Dustin Hoffman) and Mrs. Robinson (Anne Bancroft). The latter is a blend of beauty and danger, which is a message that would surely translate to the basketball court by calling a team the Mrs. Robinsons. Right? 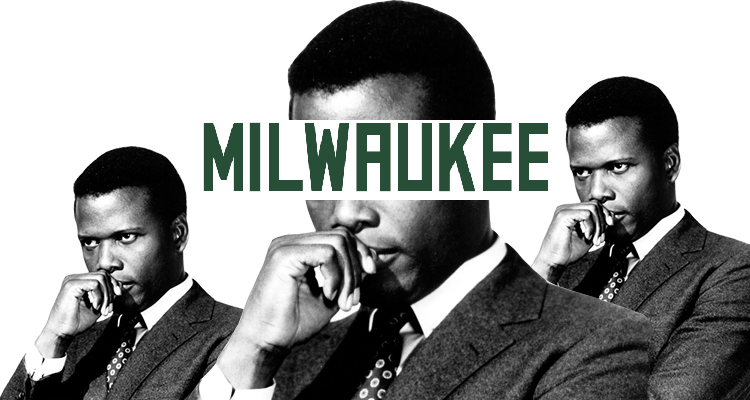 Guess Who’s Coming To Dinner, In The Heat Of The Night, and To Sir, With Love — Milwaukee Poitiers
It’s safe to say 1967 was Sidney Poitier’s year. The iconic actor was in three blockbuster films, at least one of which is still routinely referenced to this day. The fact that Poitier kind of looks like Pointer is just a bonus. 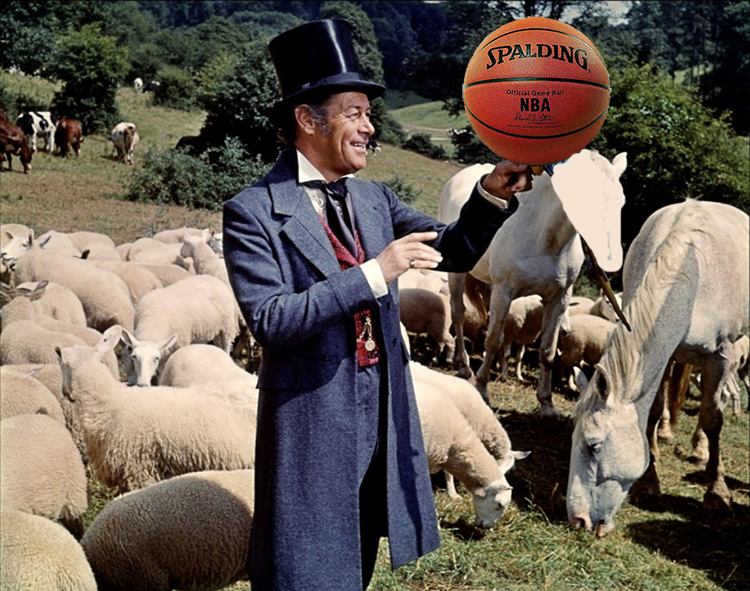 Doctor Dolittle — Milwaukee Dolittles
Doctor Dolittle had it all: a career, snappy suits, the ability to communicate with animals. Plus, the team would’ve had the chance to rebrand itself when the remake came out 30 years later. 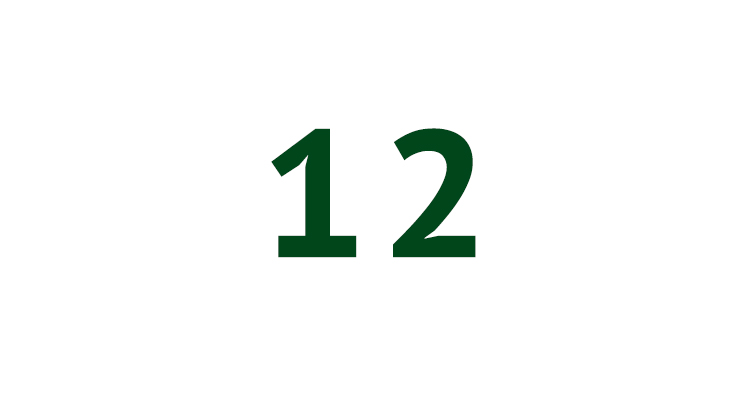 The Dirty Dozen — Milwaukee Twelves
NBA active rosters have always been in the low teens, so in honor of The Dirty Dozen, Milwaukee could’ve either called themselves the Twelves, the Dirty Dozen, or the 12ers (either a nod to the heavy-drinking city or a name similar to the 76ers or 49ers). 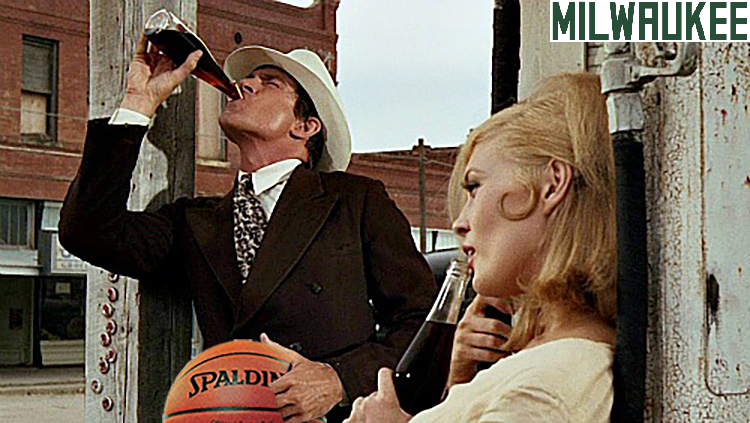 Bonnie And Clyde — Milwaukee Robbers
The film adaptation of Bonnie and Clyde made the idea of robbing banks glamorous. Hell, if there’s a Pittsburgh Pirates in Major League Baseball and there used to be an NBA team called the Washington Bullets, the Milwaukee Robbers could’ve lasted at least a decade before being changed to something better and less condoning of criminal action. 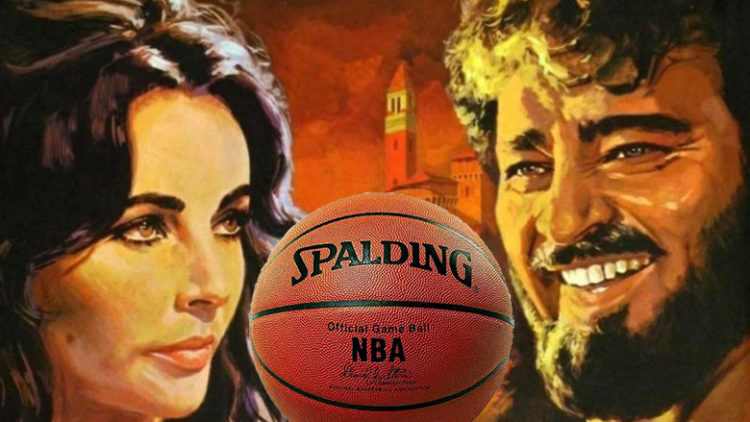 The Taming Of The Shrew — Milwaukee Tamers
You get it, right? There’s a movie, then a stupid name idea and a low-quality Photoshop. Are we done here?