We have some sad Milwaukee bar news to report. George Vomberg, the longtime owner of George’s Pub, passed away today. The tragic news was posted on the Facebook page of the charming Harbor District bar. The post reads:

“With a heavy heart, we regret to inform you that George took his last breath today. For anyone who was able to step into George’s Pub and hang out with the man, you know how special, loving, and sweet he was. George is now with his belated wife Sharon, Johnny Cash, and his dog Millie. He will be missed dearly. I can only imagine him signing some ‘Folsom Prison Blues’ & ‘Margaritaville’ for the big man upstairs. Rest in peace, George.”

Before George’s Pub quietly closed its doors late last year, the charismatic namesake of the establishment would stop by the bar he used to operate and make his presence known by singing songs and sporadically hosting raffles for random items around the bar. Whether you were a regular, a first-time visitor during a Pedal Tavern stop, or just dropping in to take advantage of the daily $1 Red Dog special, you couldn’t help but feel at home at this small bar situated directly next to a bridge at 224 E. Washington Street.

Admittedly, we only made it to George’s Pub a few times, but we felt fortunate to be able to witness Vomberg in his element. The bar’s Facebook bio does a much better job of explaining the type of man George was.

“He is the jack of all trades,” it says. “Korean vet, survivor of the deep tunnel explosion, covers Johnny Cash better than Cash himself, historic Milwaukeean, lady’s man, and quite the damn showman. Never a dull moment when George is in the house.” 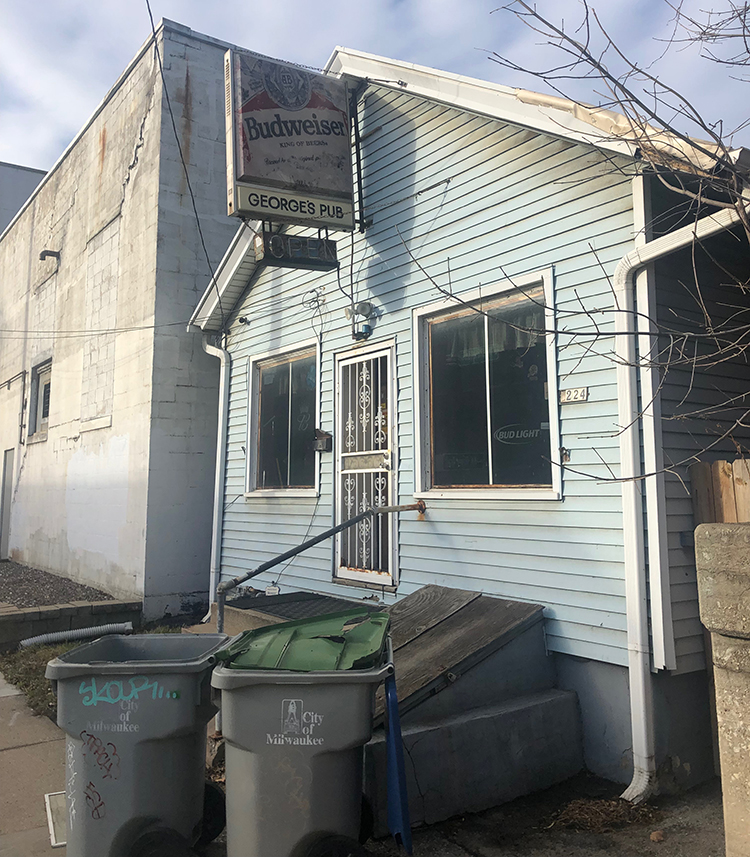