Last night, we hosted two sold out screenings of Better Off Dead at Avalon Theater. Thanks to everyone who made it out! We had an awesome time. Though our July screening will be tough to top, we’re still going to try, dammit! Join us at Avalon Theater in Bay View on Wednesday, August 15 for a special 20th anniversary screening of Half Baked.

The subversive 1998 stoner comedy stars Dave Chappelle as Thurgood Jenkins, a custodian who—with the help of friends Scarface (Guillermo Diaz) and Brian (Jim Breuer)—takes desperate measures to raise enough money to bail out his imprisoned pal Kenny (Harland Williams). Along the way, the friends face some unexpected obstacles, Jenkins meets a woman named Mary Jane, and lots and lots of weed is smoked.

The film, which had a mere $8M budget, earned close to $18M during its initial theatrical run. Between its endless well of hilarious quotes and some memorable cameos from Steven Wright, Bob Saget, Snoop Dogg, Jon Stewart, Willie Nelson, and Tommy Chong, Half Baked is still as enjoyable as it was 20 years ago. Plus, the film helped pave the way for Chappelle and writing partner Neal Brennan’s next project, Chappelle’s Show.

Tickets to this 7 p.m. screening are $5. We’re also offering a $10 “Going Green” package that includes a movie ticket, a pint of Lakefront’s Organika organic white ale, and an Abba-Zabba candy bar. We can’t wait. But we’re not going to do what everyone thinks we’re going to do and flip out, man! All we want to know is who’s coming with us to see Half Baked on August 15?! 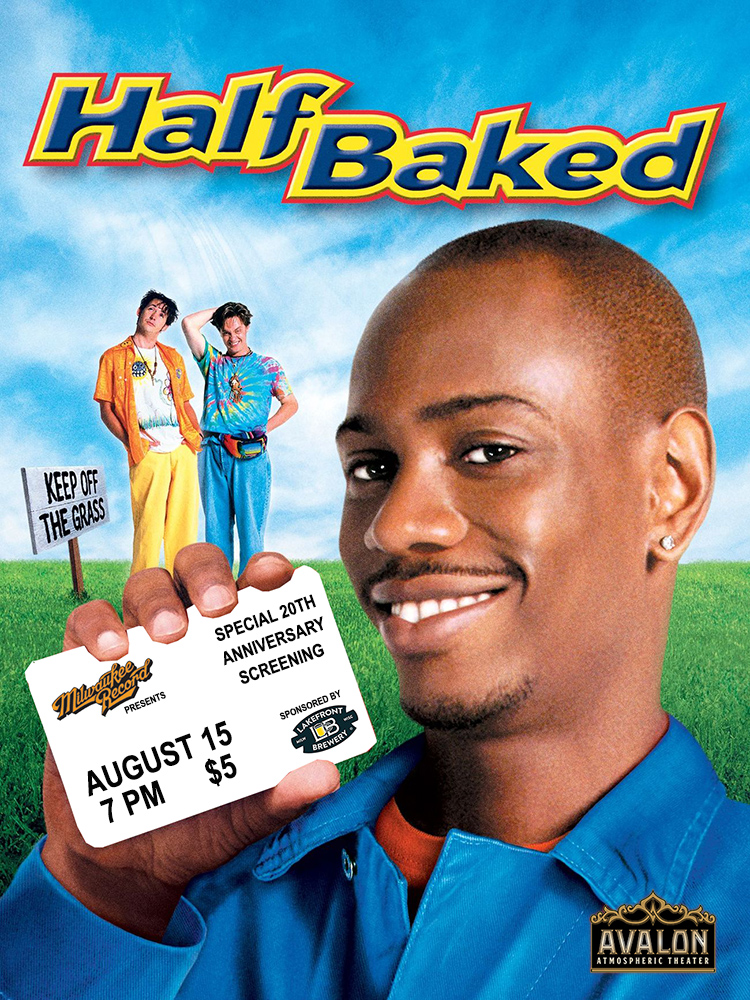