On Sunday, October 9, we’ll be hosting a full-on “British Invasion” Green Bay Football™ watch party. Starting at 7:30 a.m., Cactus Club will be open to show the Packers and Giants squaring off at Tottenham Hotspur Stadium in London. As usual, there will be $10 buckets of Miller High Life and Miller Lite, $8 Rehorst Vodka Bloody Marys, touchdown shots, and a free 15-minute musical performance between the second and third quarter of the game. However, this extra-special game calls for a few additional amenities.

The halftime performance will feature Milwaukee’s own Cabin Essence playing a set of covers by UK artists. Meanwhile, DJ and noted fish fry enthusiast Caleb Westphal will be spinning 45s of British bands during the game’s commercial breaks. We’ll be bringing free coffee and donuts for folks to enjoy (while supplies last) and Cactus Club will be serving up a special cocktail made with Earl Grey-infused Rehorst Vodka. Last, but certainly not least, series sponsor Awkward Nerd Events will be on-site with all Brit everything: decor, photobooth, raffle giveaways, and tickets to their huge January Ball!

Who knows when (or if) Green Bay will ever play in London again? So wake up early this Sunday and join us at Cactus Club. It’ll be a bloody good time. 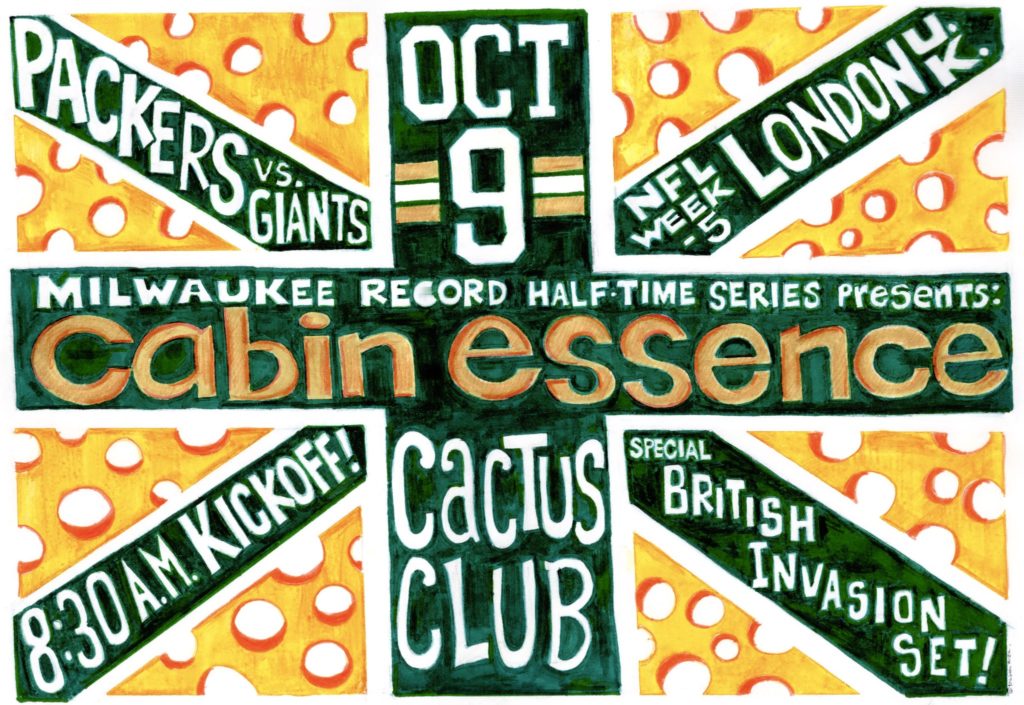