Milwaukee, as we all know, is a City of Neighborhoods. (Seriously: throw a stone in one neighborhood and it’ll land in another.) But it soon may be known as something else: a city of Districts.

Yes, hot on the heels of the recent-ish Deer District and the future Iron District comes the newly established Milwaukee Theater District (MTD). The district doesn’t have any formal boundaries, but is instead made up of nine performing arts and live entertainment organizations, along with other organizations. Its purpose? “To drive increased awareness of and attendance at Milwaukee’s premier arts, live performance, and entertainment venues.”

“While locals may be aware of the caliber of venues and talent in Milwaukee,” reads a press release, “it’s time for the rest of the world to learn that with 15,000 theater seats, the Milwaukee Theater District ranks No. 1 in the United States for the highest number of theater seats per capita. With a combined 2,100 annual performances attracting 2 million attendees each year, the Milwaukee Theater District is a core part of Milwaukee’s larger entertainment industry, which generates an estimated $400 million in visitor spending annually, according to Tourism Economics. As part of that impact, Milwaukee Theater District venues proudly employ over 1,000 Milwaukeeans and even more volunteers, drawing from all corners of the community and all walks of life.” 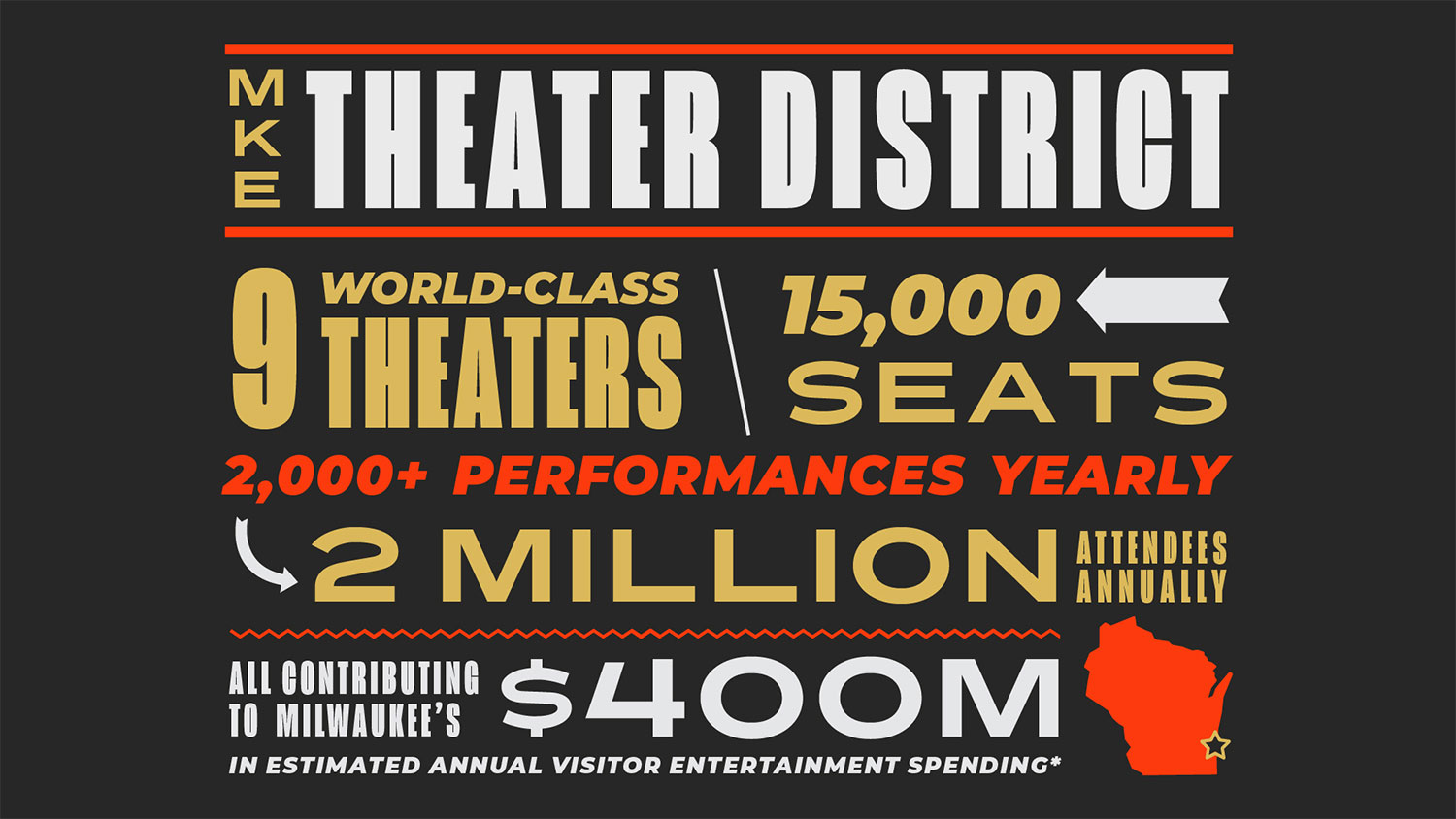 Beginning today, folks can purchase a Milwaukee Theater District Pass, which will “allow patrons to check into participating theaters and redeem deals on select pre-and-post-show favorites.”

In addition to check-in incentives at nine theaters, the Milwaukee Admirals, Usinger’s, and Saint Kate -The Arts Hotel will offer exciting deals. Additional deals from Tua Pasta, The Dinner Detective – Milwaukee, East Town Kitchen and Bar, Dairyland, and Bublr Bikes will be added to the pass in the near future. Through checking in and redeeming deals, theater goers will be entered to win the Ultimate Milwaukee Theater District Giveaway. For more information about the Milwaukee Theater District Pass, visit visitmilwaukee.org/mketheaterpass.