After an extended pandemic-prompted pause, musical theater was finally able to safely return to stages all across the country in recent months. Marcus Performing Arts Center is among the variety of venues bringing Broadway-caliber productions to audiences who’ve been longing for song and dance since theaters went dark in early 2020. The historic downtown Milwaukee theater officially resumed its “Broadway Series” in late November of last year, with Jesus Christ Superstar‘s 50th anniversary stop kicking the 2021-2022 season off. Following a holiday break, Marcus Center’s series resumed once more Tuesday night, as one of the season’s newest and most anticipated productions made its way to town.

Based on the hit 2004 film by the same name, Mean Girls the musical made its Broadway debut in the spring of 2018. Less than two years after its start on stage, the acclaimed show abruptly stopped on account of the COVID crisis. That stoppage later proved to spell the show’s formal end on Broadway itself following just over 800 shows. Still, the well-received show is apparently getting a film adaptation (yes, there’s going to be a film version of a musical…that was inspired by a film!) and a touring company is bringing the show to stages all across the county.

Tuesday night’s Marcus Performing Arts Center performance served as the Mean Girls Milwaukee debut, with seven more shows scheduled to take place between tonight and January 30. We were in attendance for the musical’s maiden Milwaukee outing and we enjoyed it immensely. Here are five of the most “fetch”—yes, we’re going to make fetch happen!—takeaways from last night’s Mean Girls show. 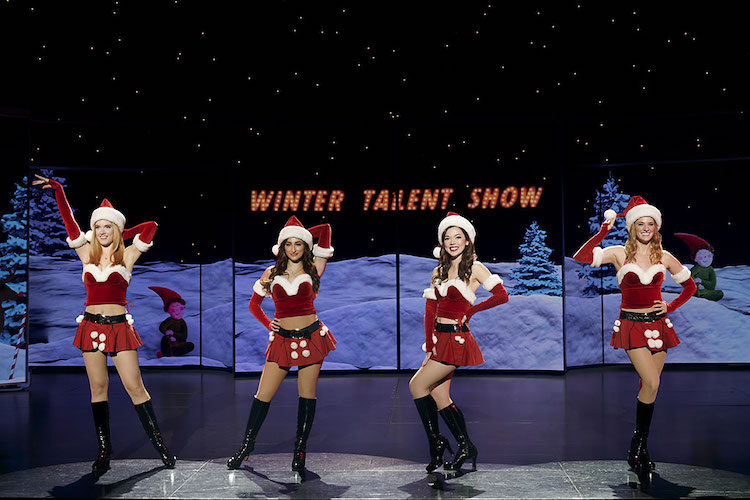 1. It’s a great new take on a well-known work
While Mean Girls mirrors the major plot points of the film that birthed it, some liberties were taken in the musical iteration. However, those liberties were taken by a creative team that’s very familiar with the original work. Tina Fey, who wrote the film’s script and appears in it as well, also wrote the book for the musical. Fey’s husband and frequent collaborator Jeff Richmond (whose work you might know from 30 Rock and Unbreakable Kimmy Schmidt) composed the score, winning a Tony Award in 2018 in the process. Accomplished lyricist Nell Benjamin and director/choreographer Casey Nicholaw also make their award-winning presence known with material and movements that help breathe new life into an established intellectual property.

2. English Bernhardt stepped up
Moments before the show started Tuesday, there was an announcement that standby actor English Bernhardt would be stepping in for Danielle Wade to play Cady Heron, the lead role in Mean Girls. This decision seemed to be made moments before the show, as it wasn’t even included on the sheet of cast changes that was inserted into programs. Had the announcement not been made, we would’ve had no idea Bernhardt—who is also the standby for the Regina George and Janis Sarkisian characters—was filling in for another actor. She seemed poised, confident, more-than-competent, and professional throughout.

[UPDATE: A more diligent reader let us know Bernhardt actually played the role of Janice Sarkisian on Tuesday. More words on Janice below. And our apologies to Danielle Wade!] 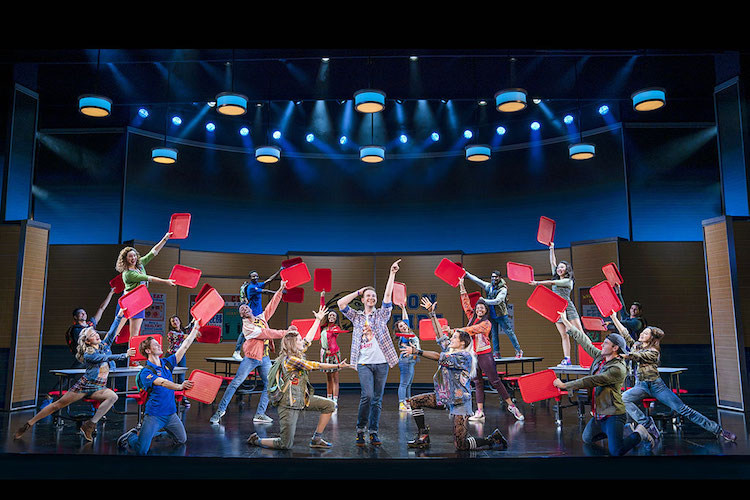 3. The supporting cast shines
Though Bernhardt stepped up admirably on short notice, we were most drawn to the performances turned in by a few supporting cast members. Eric Huffman (who played Damian Hubbard) earned some of the biggest laughs and stole scenes with well-delivered quips and an all-around strong vocal showing. His ever-present scenemate Mary Kate Morrissey (Janis Sarkisian) also proved to be capable counterpart with sturdy singing and a subtle-but-strong acting performance. April Josephine also was memorable in three small parts…most notably with her top-notch Fey impersonation she brought to the role of Ms. Norbury. Megan Masako Haley (Gretchen Wieners) was another high point, with next-level singing and effortless comedic timing. Finally, Jonalyn Saxer, who was part of the original U.S. touring company and who plays Rhonda in Steven Spielberg new film adaptation of West Side Story, delivered some of the show’s funniest moments and its only applause break.

[UPDATE: As noted in the previous entry, Janis Sarkisian was actually played by English Bernhardt on Tuesday, not Mary Kate Morrissey. Our apologies to both actors and to readers for this error] 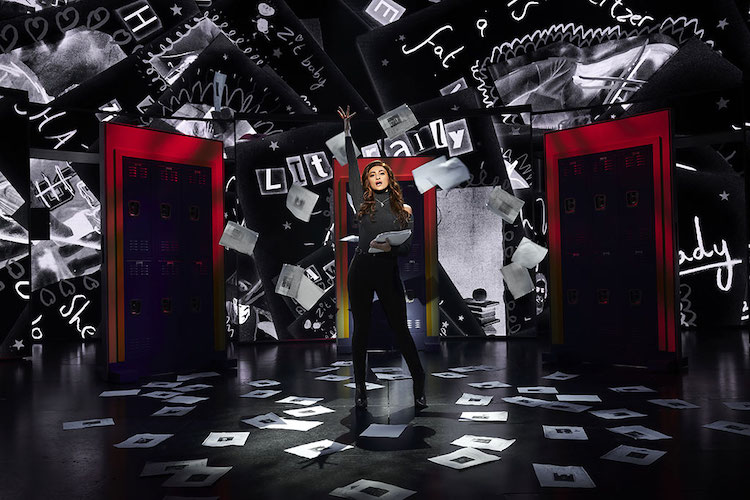 4. The set design is awesome
With a wall of LCD screens at its disposal, Mean Girls was able to do quite a lot with limited stage space. Between the technological asset and putting wheels onto almost everything that made its way on stage, the audience could be effortlessly whisked through countless classrooms, bedrooms, and even to the Kenyan savanna with just a few keystrokes and desk/table turns. Though the backdrops were state-of-the-art, more restraint was shown in terms of how—and how often—they were used than other modern musicals (we’re looking at you, Dear Evan Hansen!) so viewers weren’t drawn away from the action taking place on the stage itself.

5. I really want to re-watch Mean Girls now
Seeing Mean Girls last night was a reminder of how great of a movie Mean Girls is. It was also yet another reminder that musical theater, in all its malleable and ever-evolving glory, is so great. We’re so glad it’s back.