A team was drafted, they competed, and life went on as usual. Admittedly, we kind of forgot to check in on them until this week, which is when we learned the franchise now has a totally different name. Prior to this season, Pabst Blue Ribbon came on as “The Official Beer” of the PBA. Whether it was a part of the sponsorship deal or the league just saw is as a nice re-branding opportunity, the Brew City Ballers morphed into [DRUM ROLL PLEASE!!!]…

The PBR Milwaukee Pounders. We’re not usually one for shoehorning corporate imagery into sports team names, but we have to admit the PBR Pounders is actually an upgrade from Brew City Ballers. Plus, it’s just the PBA, so whatever. 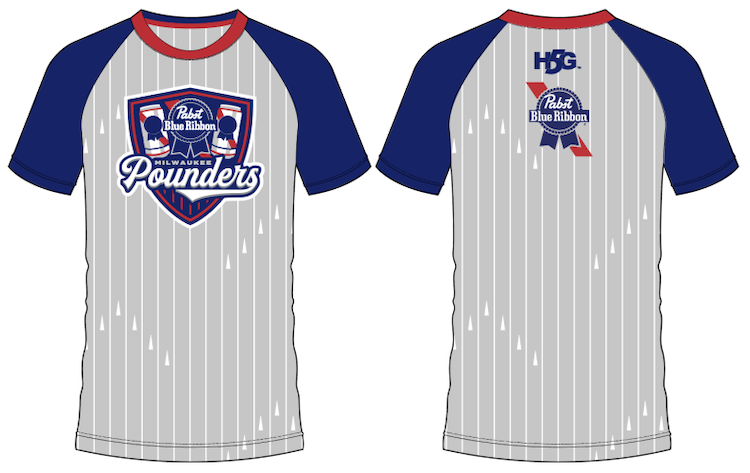 And the jerseys are better, too. Speaking of, you can buy your very own PBR Milwaukee Pounders jersey for the surprisingly high price of $109.95 here. Go Pounders.