Some places come and go, while some places become icons. Mandatory Milwaukee is all about the latter. Join us as we revisit beloved and well-worn local staples with fresh eyes, and explore how they might figure in the city’s future. This week: Brewers baseball!

In case you haven’t noticed, your Milwaukee Brewers are hot.

Last weekend, the Brewers clinched their spot in the playoffs, making this the fourth year in a row that the team will see postseason play. Currently sitting at a terrific 91-60, the Crew need only take three more games to win the National League Central. As the saying goes, they control their own destiny. (Let’s not talk about the Cardinals right now.)

“We’ve put the ability to win the division in our control, so that’s our goal and we’re sticking to that goal,” Brewers manager Craig Counsell told MLB.com on Sunday. “We know that we’re in the playoffs and everybody is thrilled with that, but we feel like we’ve earned the right to wait until we win this division.”

My Friday night started on a delicious note. Joined by Milwaukee Record‘s own Tyler Maas, Milwaukee Record‘s resident fish fry expert Caleb Westphal (he’ll be back soon!), and two other dear friends, I enjoyed some of the best fish fry I’ve had in months at Clifford’s Supper Club in Hales Corners. (Have you been to Clifford’s lately? It’s just as good as you remember.) From there we went next door to Annie’s Place, chatted with the titular 84-year-old Annie, blew $40 on pull tabs, and admired this painting: 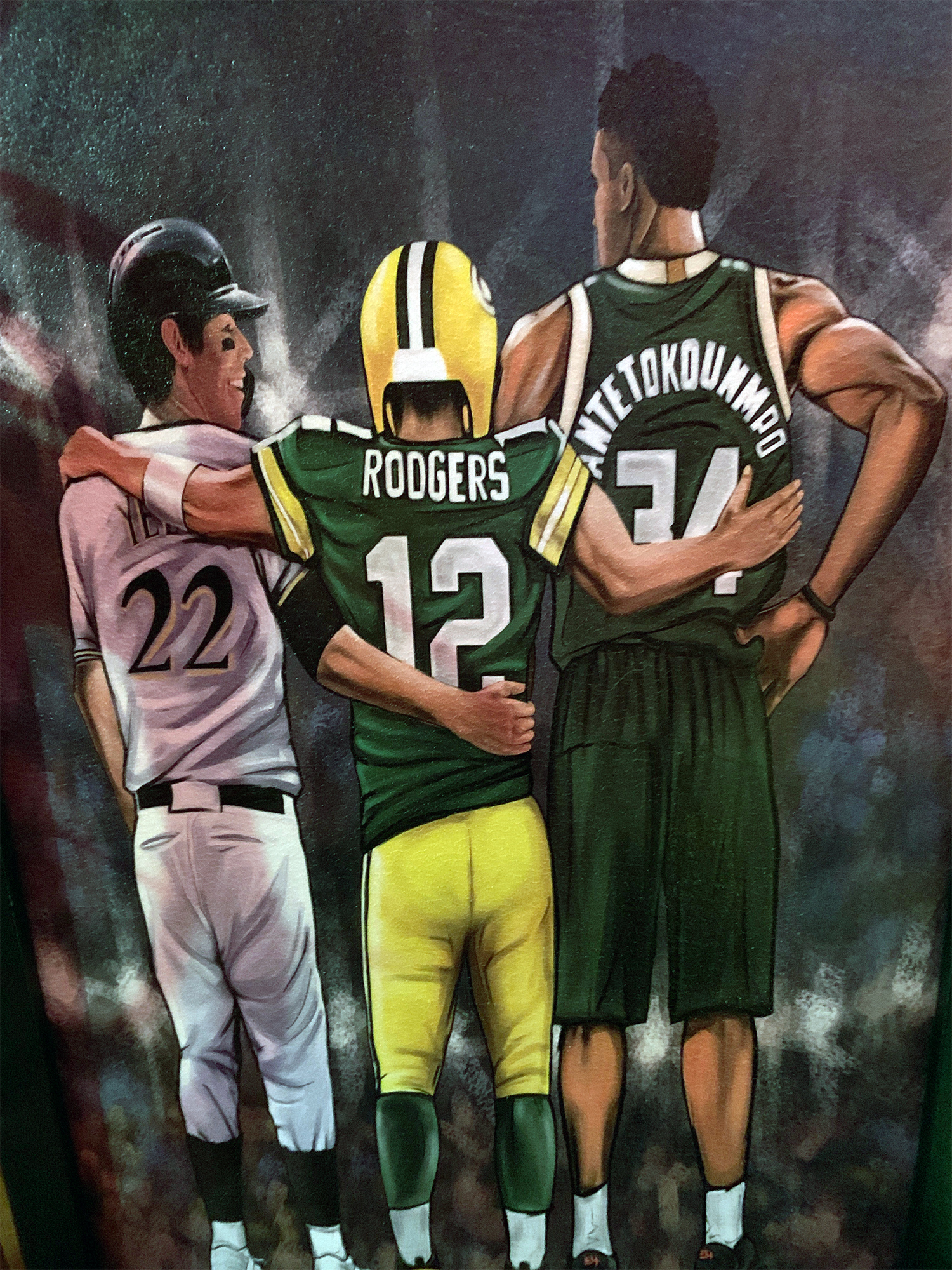 Oh yeah, the Brewers. We eventually ended up at Toni’s Moody Blues, where, in addition to playing pool (badly), I bellied up to the bar and watched the game. A random dude was sitting next to me and chatting me up the entire time, and when the Brewers eventually topped the Cubs 8-5, dude bought shots for the entire bar. Is there a better Brewers TV experience than watching the game at a place like Toni’s, and having a random dude buying shots for the entire bar? No, no there is not.

The night ended in typical fashion: ill-advised scooter rides to Burnhearts, shots of Malört, drunken arguments, drunken crying, and passing out in my friend’s dining room until 5 a.m. Go Brewers!

I slept in until 1 p.m. on Saturday (thanks, Friday!), so it was only five hours or so until the Brewers played again. This time, I stayed at home and listened to the game on the radio. Of course, I need not explain why listening to the Brewers on the radio (during home games, at least) is the best thing in the world. Oh, but I’ll do it anyway: BOB UECKER.

Here’s a little something from a “Milwaukee Day ode to Bob Uecker” I wrote back in 2016:

Personally speaking, my love for Uecker is deep, unequivocal, and without irony. His is the voice of my childhood summers, my teenage drives to the next town over, my current-day afternoons with my daughter. Long before I became a baseball fan, I was a Uecker fan. Against all odds and reason, I was a member of the Mr. Belvedere Fan Club, which, yes, was a real thing and not just a fitfully remembered SNL skit with Tom Hanks. Later, in college, I cut my teeth on web design by creating a Mr. Belvedere site. (I’ll never reveal its location, but it’s still possible to dig it up on the UW-Milwaukee servers.) All of that because of Uecker. Why? I’m honestly not sure. For me, Uecker is a foundation. Uecker is a pillar. Uecker is a fact.

And let’s not forget the Speedy Metals song that plays 8,000 times during each broadcast:

On Sunday my wife and I dropped our kid off with friends and headed to American Family Field. (The new name is fine.) It would be my wife’s first live game of the year. It would be my second. It would, of course, be the one Brewers-Cubs game of the weekend that the Brewers would lose.

But who cares! The weather was beautiful, the roof was open, and American Family Field was a delight. Hell, even the hordes of Cubs fans didn’t detract from the fun. And while the ballpark provides oodles of game-adjacent activities and diversions (bless you, Sausage Races), there’s something to be said for just sitting in your seats and watching a three-hour baseball game. The way the game ebbs and flows. The way the shadow of the stadium slowly makes its way across the field. The way everything else seems to melt away and your entire attention is given over to the game in front of you. It’s pretty great. 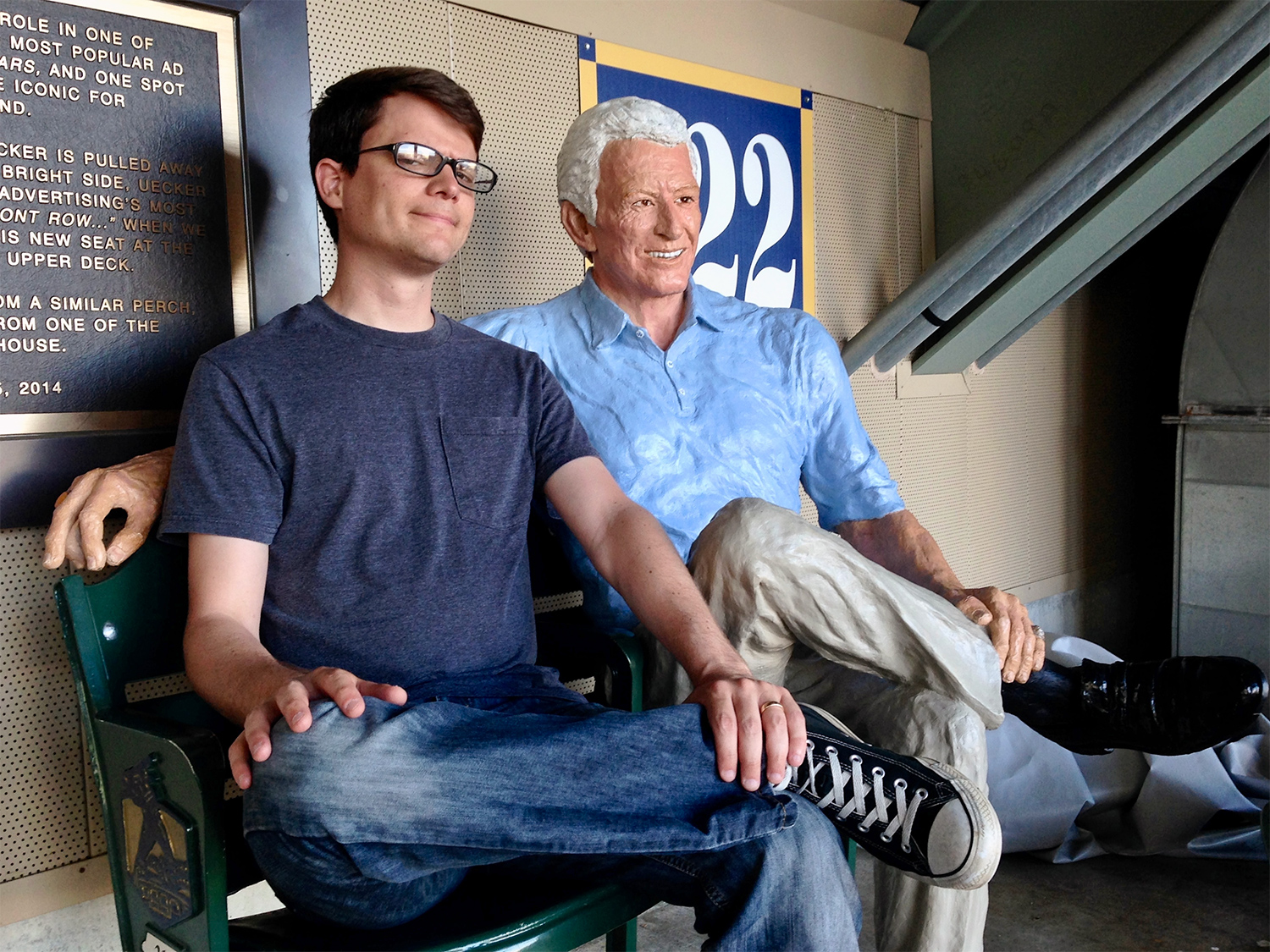