Back in January (and at the end of every month since), we showed you some unique and all-around awesome posters an artist was making for each and every Milwaukee Bucks game. The talent behind the ambitious series on the Bucks Reddit page was Allen Witkowski, a Minneapolis-based designer who, according to his bio, grew up in Wauwatosa and “feels a strong connection to Midwestern culture.”

Sadly, Saturday’s Eastern Conference Finals loss to Toronto put an abrupt end to the Bucks’ season and, with it, the amazing creative streak Witkowski—who posts under the name WavyDudeSilverSurfer—had going since New Year’s Day. If you’re already missing the Bucks, we’re right there with you. If you’re already missing Witkowski’s work, we have some news that might help.

Ever since Opening Day, the artist has also been crafting a different poster for every Milwaukee Brewers home series. The “What’s On Tap” posters feature a different beer can design that’s usually based on who Milwaukee is playing. Over the course of the nine multi-game match-ups at Miller Park so far this year, Witkowski has created renderings for fictional brews like Wicked Pitch Raspberry Milkshake IPA (vs. Cardinals), Hive And Tight Honey Weiss (vs. Cubs), and Spring Bloom Cherry Blossom Wheat (vs. Nationals).

Yes, it won’t be the same without a new Bucks poster every few days, but we’re excited to see what Witkowski comes up with for each Brewers homestand. And if any local breweries are looking for ideas for new styles or can designs, reach out to him to see if he could help. Some of these fake beers actually sound pretty good, and they look even better. 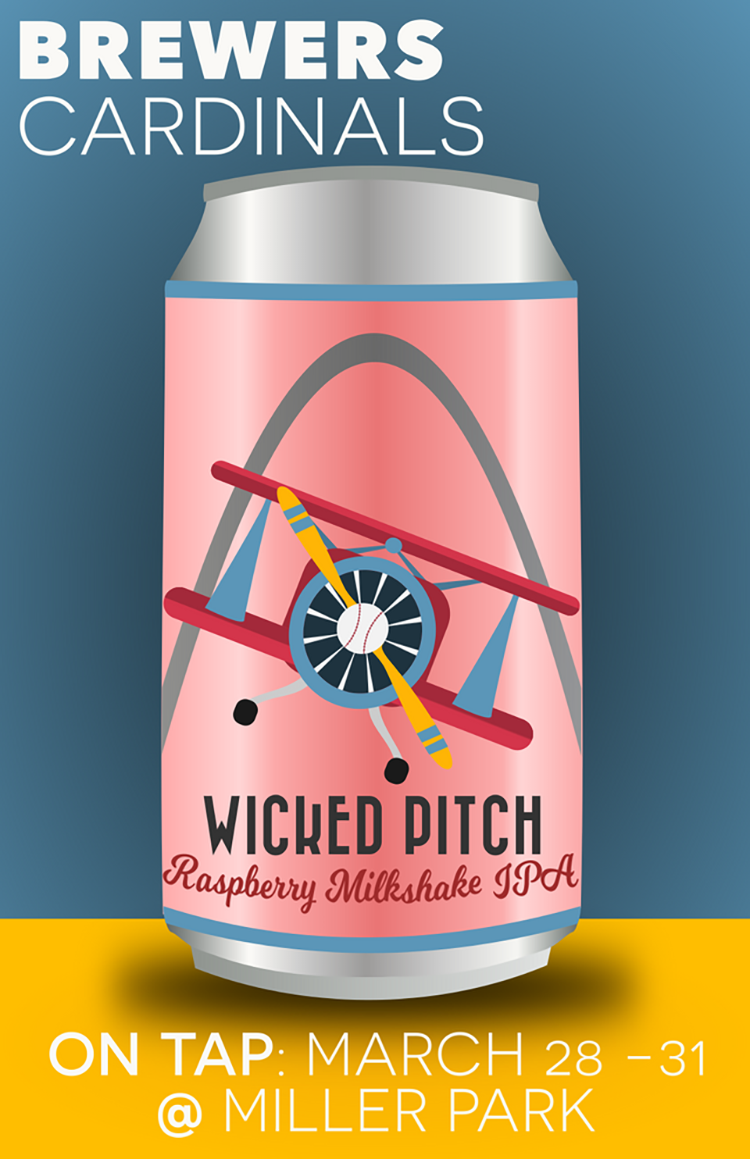 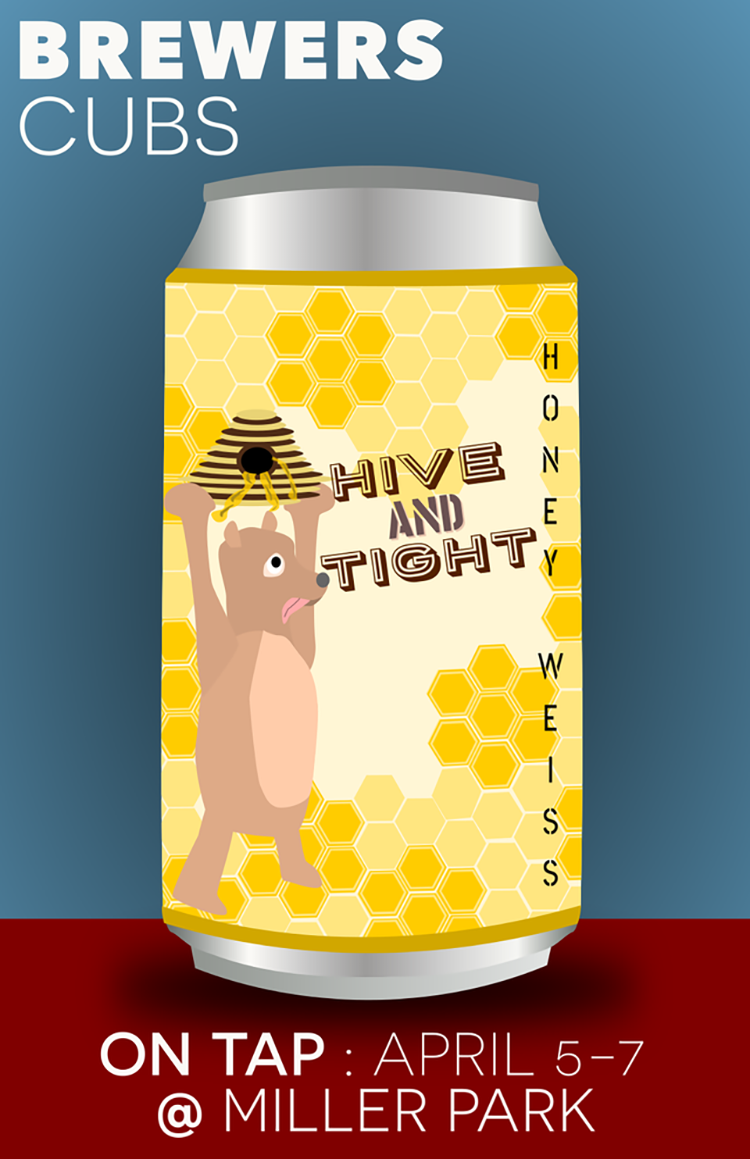 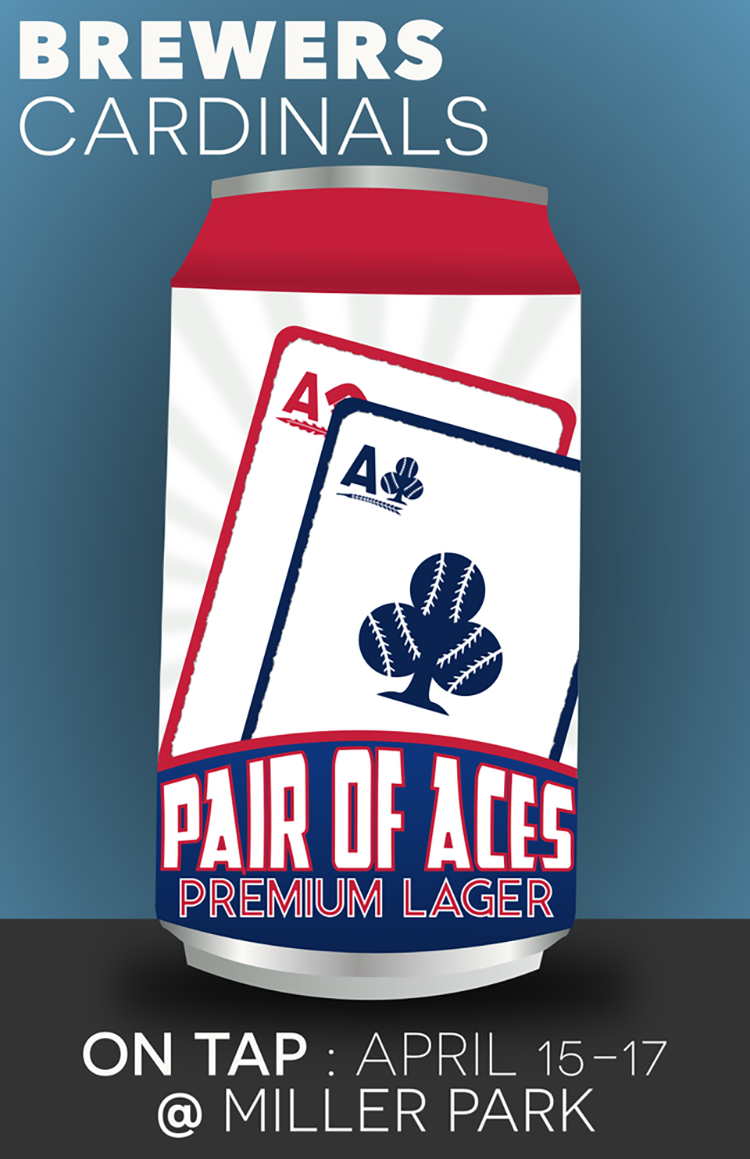 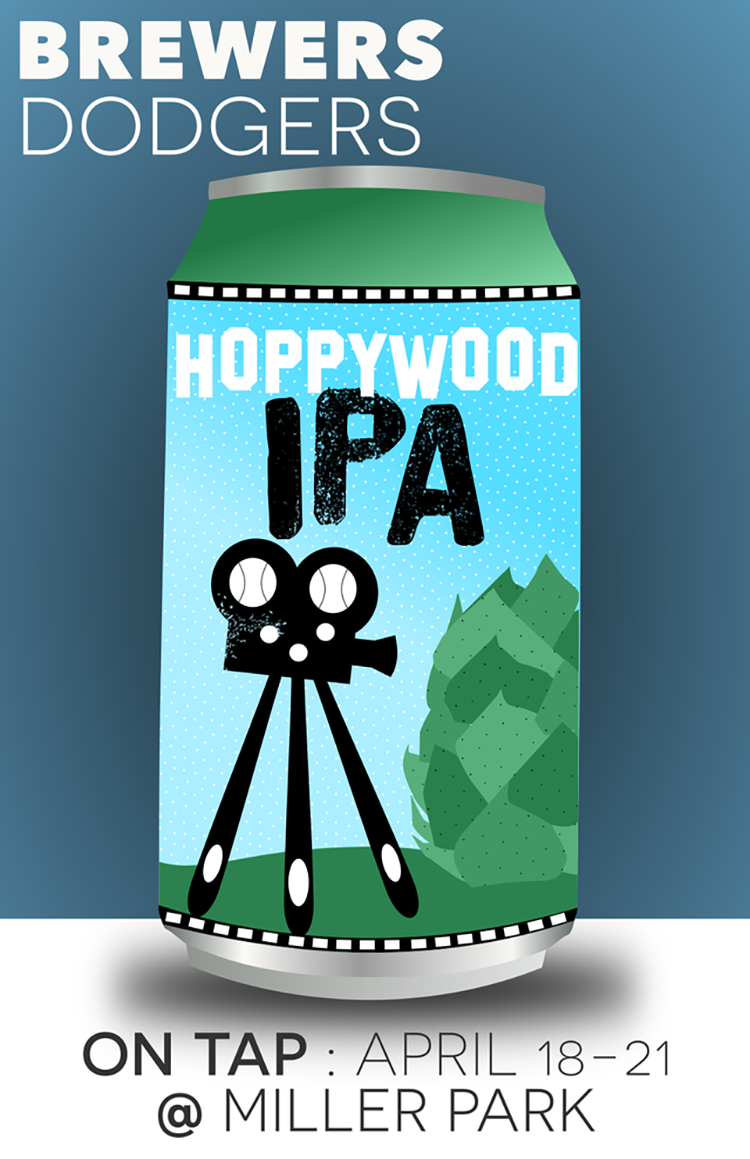 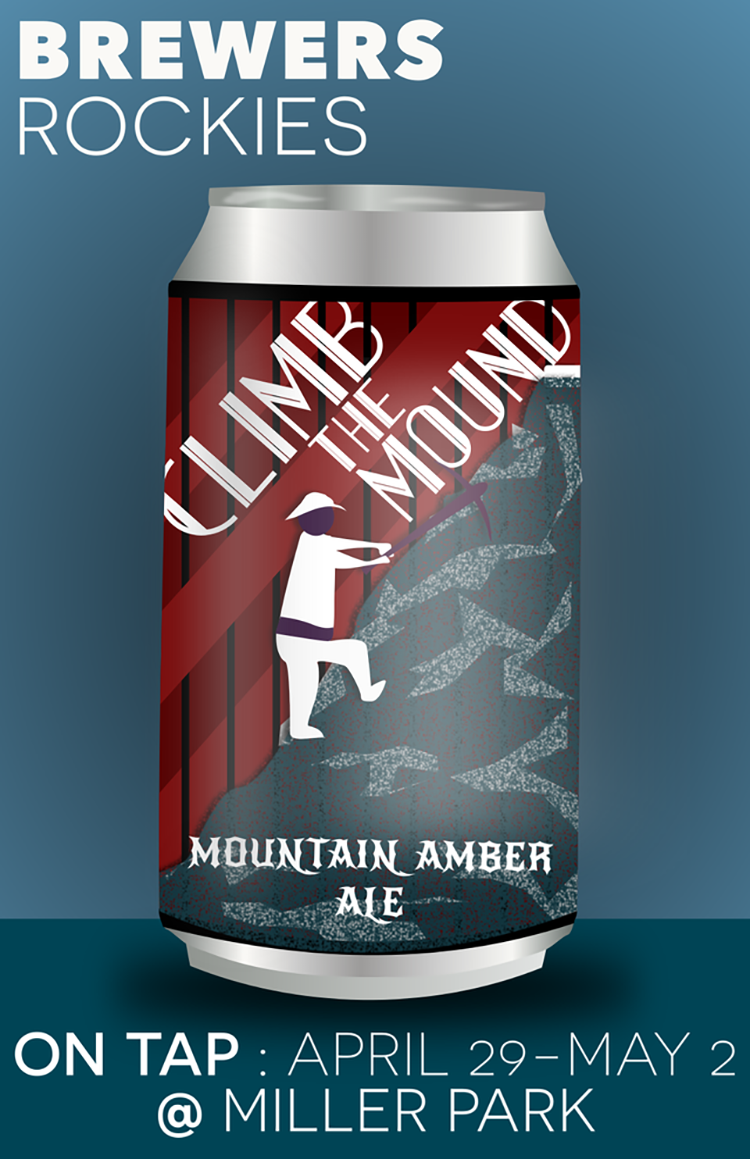 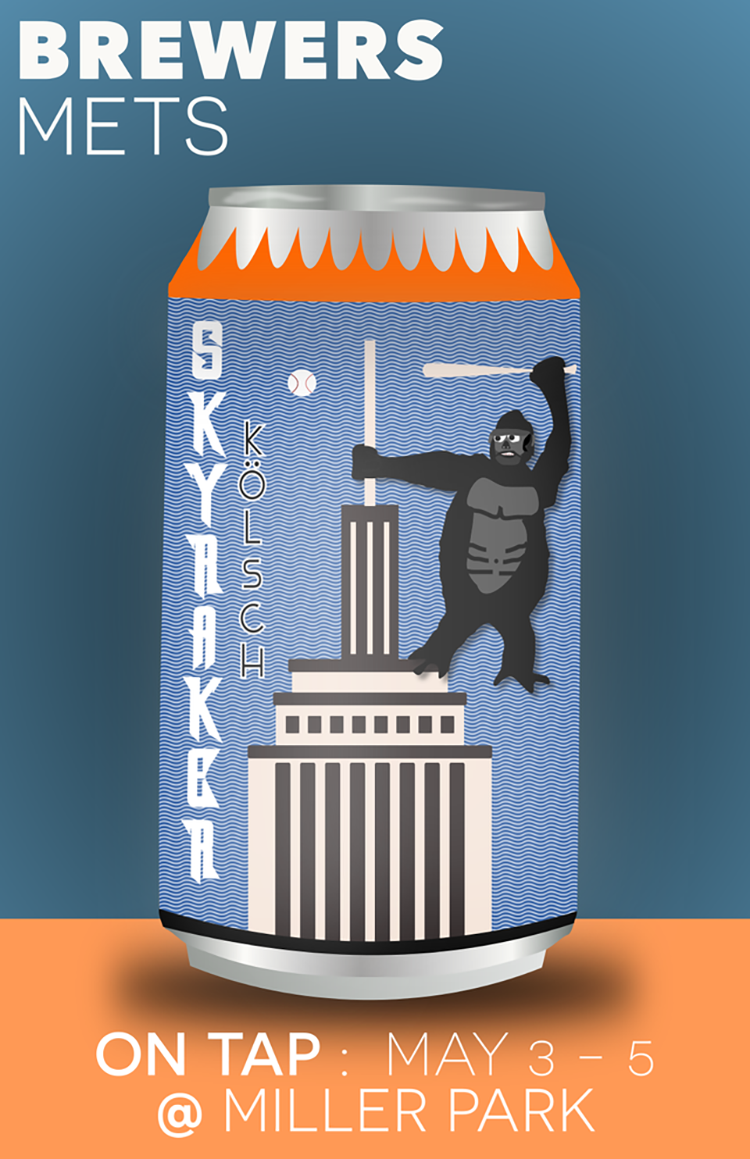 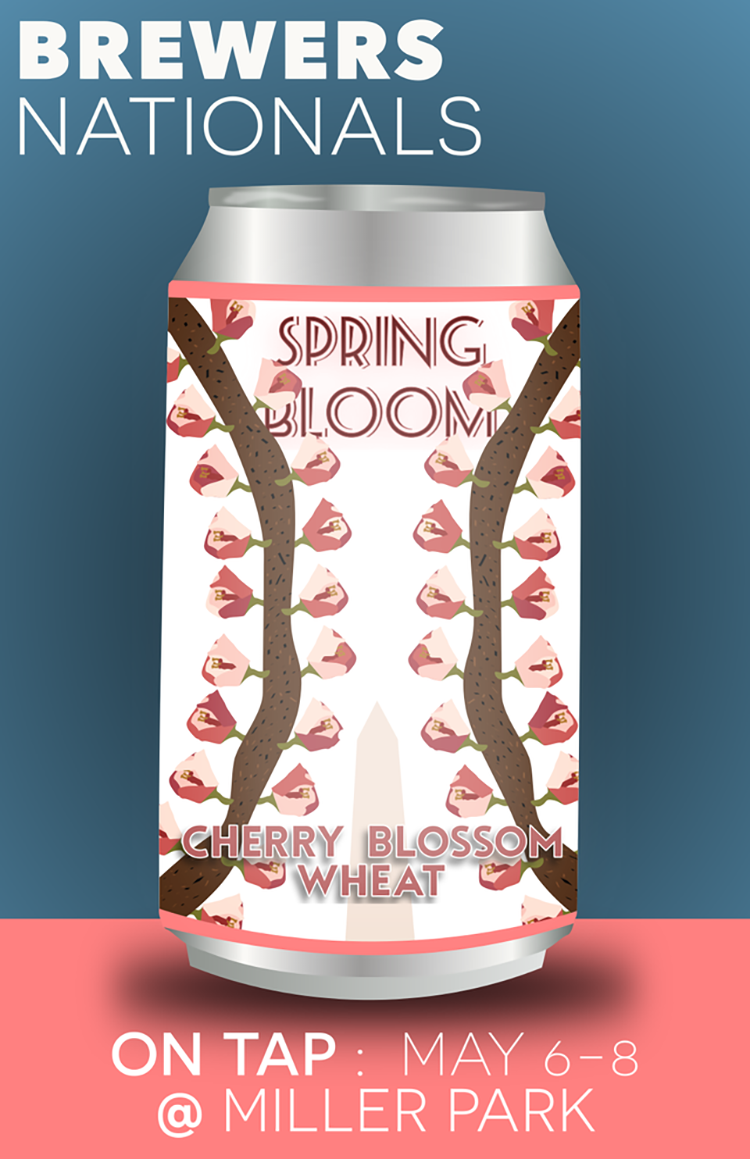 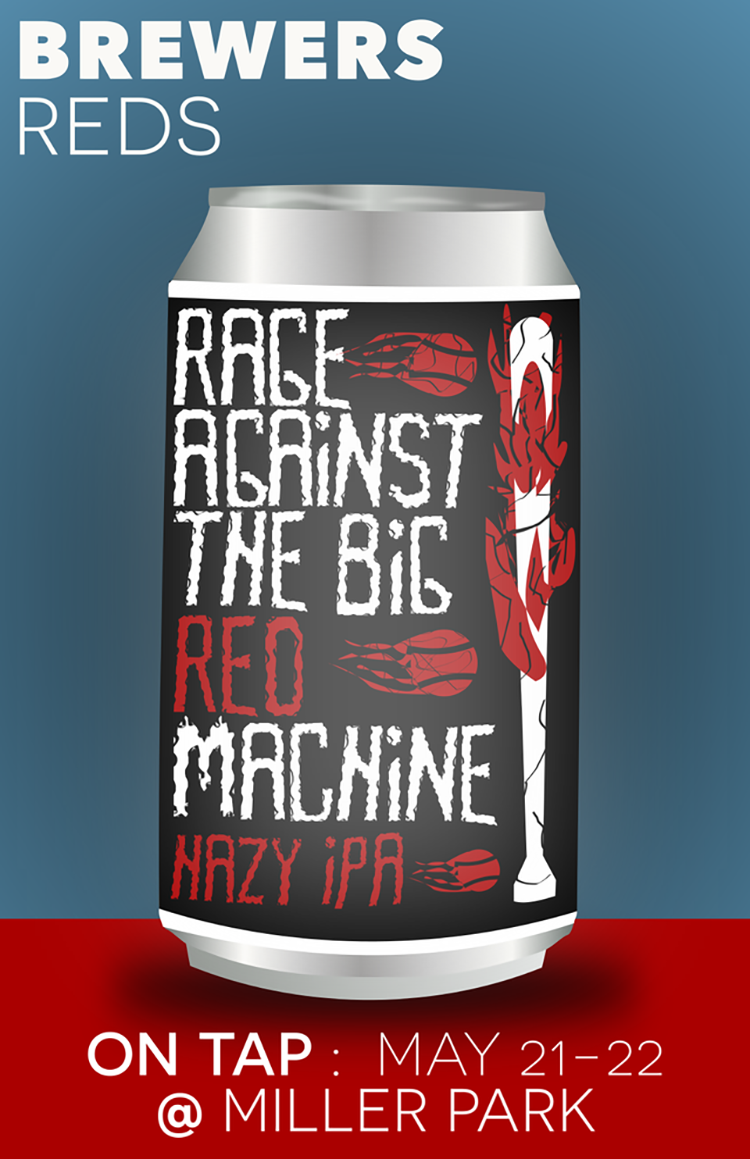 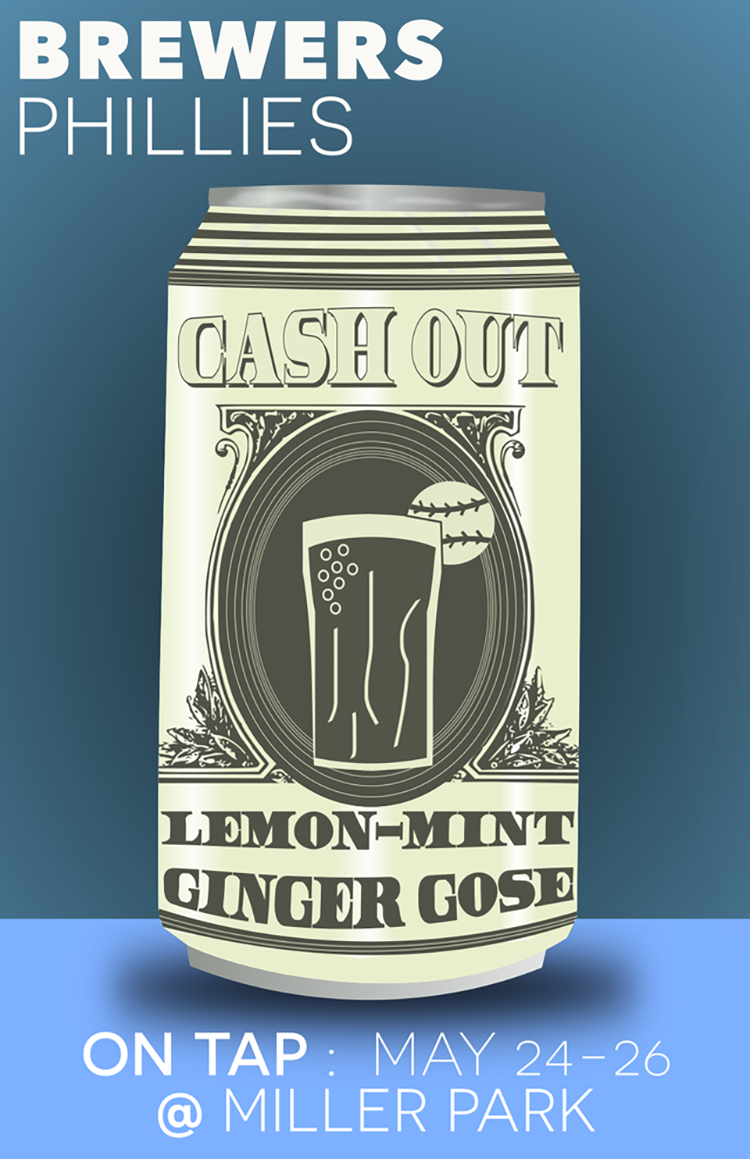