On Friday night, King Eye & The Squirts will play an album release show at Club Garibaldi. The event is an extra special one for the Milwaukee garage rock quartet because the release of the band’s debut record almost never happened at all. While opening a bar on June 13, singer-guitarist Steven Look sustained injuries that resulted in him going into cardiac arrest, breaking ribs, and sustaining burns on his head and shoulder. He was in a coma for three days and spent a week in the hospital total.

Since being discharged in late June, Look has wasted no time getting back on stage and making the most of his opportunity to play music. He even played his own benefit show. Before Friday’s release show, Milwaukee Record spoke with Look about the accident, how the near-death experience lit “a giant fire under his ass,” and why he feels King Eye & The Squirts is the best representation of what he wants to do musically.

Milwaukee Record: You had a serious injury over the summer. I kind of know what happened, but can you run me through what you went through?

Steven Look: It’s a giant mystery, really. What I can say for sure is that I definitely had cardiac arrest, I definitely was in a coma, and I was in the hospital for a week.

MR: You’re opening a bar one minute, then you wake up in the hospital days later…

MR: Was the album already recorded by that point?

SL: Yeah, it was recorded, but I don’t think it was sent out to the factory by then. It was recorded in [drummer] Jesse [Buskov]’s basement on this crappy old reel-to-reel I have. I can’t believe it pulled through and did the job.

MR: After literally days of you being unconscious and knowing you have other nagging health issues as a result of this accident, was there a worry that you weren’t going to be able to play anymore? Were there any hurdles you had to overcome or adjustments you had to make?

SL: I mean, my ribs were pretty smashed up and I was in pretty rough shape. [Playing again] was actually never a question. I pushed myself out of the hospital a little faster than I should’ve because I thought we had a show I had to play that Sunday. They had to break it to me that the show was canceled.

As far as I’m told, I broke my coma when my band was visiting me. I was out, then my band came to visit me and I started talking to them. That was the thing that broke me out of it. With the broken ribs, it was tough to sing for a little bit. I had to sing kind of different, but those healed up in a couple months. But the one thing this didn’t interfere with was playing music. That was the first thing I wanted to do when I came back. 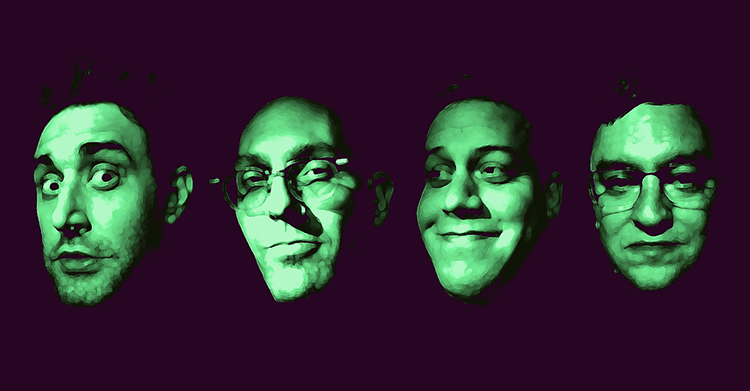 MR: Yeah, it seemed obvious you wanted to get right back on stage. You played your own benefit show, which I think is never happened before! Was the accident kind of a reminder that life is short and to do what makes you happy?


SL: That was the biggest change. There’s nothing like a near death experience to light a giant fire under your ass. It’s been kind of non-stop. I’m doing what I love as much as I possibly can. I think about it every day. I’m lucky as hell to be here and I’m trying to do better things with my time.

MR: So you made sure to send the album out and get it to the finish line. Is this release show different than your previous bands since at one point, people on Facebook were saying to send good thoughts your way because you might not make it, and less than six months later you’ll be on stage sending something new out into the world?

SL: Well, first off, I’ve wanted to release a record—like, a real vinyl record—since I was probably 14 or 15 years old and I’ve just never had the resources to do it. I might be making myself sound kind of pathetic here, but I really don’t have much else for goals. That’s all I ever wanted to do was make records. And to think, that almost didn’t happen. The one thing I’ve always wanted to do almost didn’t happen. It’s going to take me a while to really determine how I feel about all this, but I’m just relieved that it’s actually happening. 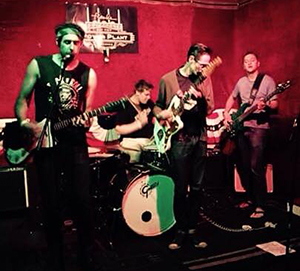 MR: Do you think there’s a newfound appreciation of King Eye for the rest of the band as well? Is there more ambition or do practices and shows mean more?

SL: I don’t think there’s more ambition, but there’s a lot more appreciation for one another. We’re realistic about the group. It never was supposed to be a super ambitious thing. We may never play outside of Milwaukee and we’re fine with that. It’s one of my favorite projects I’ve ever been involved with because we just all get along and like being around each other and playing shows. We started the band to have fun playing music and years later, we’re still doing it. The only difference after is I think we’re more appreciative. I feel like it brought us closer.

MR: When we met up when the project was just beginning, you’d seemed to indicate this was the realest representation of what you wanted to do? How does this differ from anything else you wanted to do?

SL: I don’t want to disrespect any of the projects that I’ve done in the past. They were all great, but I’ve definitely thought about music in a completely different way as of late. A lot of the stuff I did, I feel like I was thinking about it wrong. I was worried too much about virtuosity and invention, when music shouldn’t be about that. It shouldn’t be about being the best or coming up with something no one’s ever heard of. It’s more about looking around and making music for you and your friends while you got ’em. I’m done racking my brain about it.

MR: Yeah, none of this is overproduced or synthetic. It’s very A to B. What you hear on vinyl is what you’ll hear at a show. I can’t really speak to the lyrical content, but I find it to be more identifiable and everything is on the surface.

SL: Some of these songs are just playful. I like it better that way and I think it’s easier to listen to music that way.

MR: Usually people go the opposite way, but you were, like, in high school or in your early 20s and making these incredibly mature and well-produced albums that I think still hold up. You’ve gone to all these different musical territories, then returned to where you feel at home.

SL: I don’t have any regrets about it. I just wanted to reach the further corners and take everything in that I possibly could. I studied playing jazz at the conservatory and I don’t even like jazz. I learned how to program electronic stuff. I wanted to try everything, but a decade passed and I realized I was okay with where I was: just a guitar, an amplifier, and a microphone.

King Eye & The Squirts will release Demonseed at Club Garibaldi on Friday, December 8. The Fatty Acids, Six Wives Of Richard, and Saebra & Carlyle will play in support. The show begins at 9 p.m. and costs $8. Hear King Eye on WMSE’s Local/Live tonight (December 5) at 6 p.m. 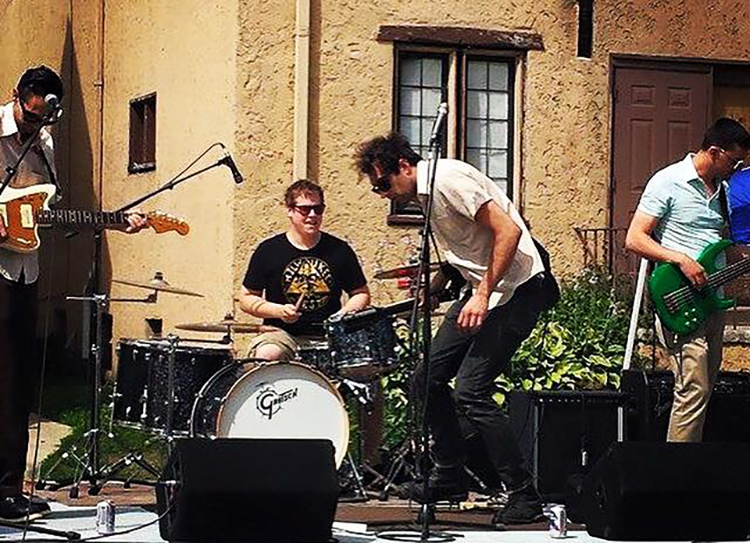