Summerfest! It runs June 26-30, and July 2-7! Over that 11-day span, approximately 800 acts will perform on 10 stages (not to mention all the side stages). With that much entertainment packed into such a tight window, we understand if you’re stressing about how to Fest to the best of your ability.

Third Eye Blind
4 p.m. @ American Family Insurance House
If you want something else to get you through this semi-charmed kinda of life, you might be happy to learn that you have two opportunities to catch Third Eye Blind at the Summerfest grounds on Saturday. Before their headlining performance at Briggs & Stratton Big Backyard, the veteran alt-rockers will play an extremely intimate (we’re talking room for, like, maybe 50 people) 4 p.m. acoustic set at the newly-minted American Family Insurance House.

Hot Coffin
6:30 p.m. @ Uline Warehouse Stage
Before Jimmy Eat World rocks the Uline Warehouse, the stage will host a potent pair of homegrown acts that require early attendance. Prior to what’s sure to be an awesome performance by Direct Hit! at 8 p.m., the stage will belong to Hot Coffin. The Milwaukee rock band’s loud, brash sound might seem strange to experience in the light of day, but you won’t mind it. In fact, we bet you’re going to love it.

From noon until 3 p.m., gain free admission by being among the first 1,200 patrons to bring “an original, specially marked receipt showing a minimum purchase of $15.00 made at a Goodwill Store & Donation Center from June 1 – June 29, 2019.”

If you didn’t do that, maybe take advantage of Lakefront Brewery’s daily firkin. A $10 bill—just $1 more than most other beer stands, if that—will get you a rare and wholly original craft beer while supplies last. Each tapping starts at 4 p.m. daily and he’s what you can expect each day of Summerfest. 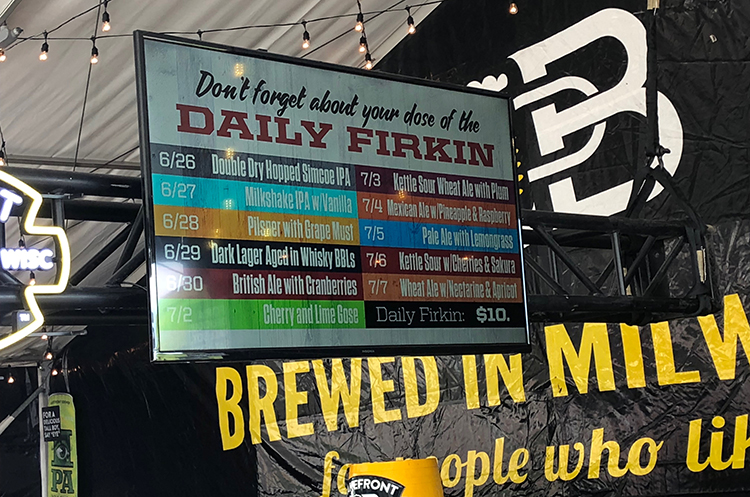