Even the snobbiest Milwaukee music historian wouldn’t fault you for not knowing who the Obsoletes were. After all, two-thirds of the band’s members lived upwards of 100 miles outside Milwaukee for the vast majority of its all-too-brief tenure. By the time circumstances found every member living in the same town for the first time in 2008, the project had already been shelved, only to be dusted off a few times for special one-off shows. In 2010, members’ focus on other musical ventures completed the process of obsolescence altogether.

Though the Obsoletes managed just one poorly-sold release 11 years ago, sparse touring, and a minimal Web footprint to justify its existence, the short-lived Neenah-Milwaukee supergroup is a necessary footnote in the lineage of a number of notable Wisconsin acts, both past and present. This week, now five years removed from the last time they played together, the Obsoletes will return to the stage for a two-show reunion in the cities where they started. Even those who missed them the first time around—or the second time, for that matter—won’t want to miss what could be the last chance to see a largely forgotten project whose associated acts have an indelible place in Wisconsin music, and beyond.

“Obsoletes, I always think of as being, like, the quintessential band of that era, as far as Fox Valley bands go,” Grantland staff writer Steven Hyden says of the band he covered at the tail end of his stint as an entertainment writer for the Appleton Post-Crescent.

The Obsoletes’ story stretches back three bands and close to 30 years to when Tim Schweiger (vocals/guitar) and Justin Perkins (vocals/bass) met at Coolidge Elementary School in Neenah, and quickly struck up a friendship built on the foundation of living in the same Cecil Street apartment building. As they entered middle school, their interest shifted from basketball to music. Justin taught Tim how to play guitar on a child-sized acoustic six-string he still owns. The pair started Amazing Larry, which gave way to Screwballs in high school, and eventually the iconic Fox Cities band and Concert Cafe regular Yesterday’s Kids, who put out two records on Lookout! Records subsidiary Panic Button in the early 2000s before the band parted ways by 2003. 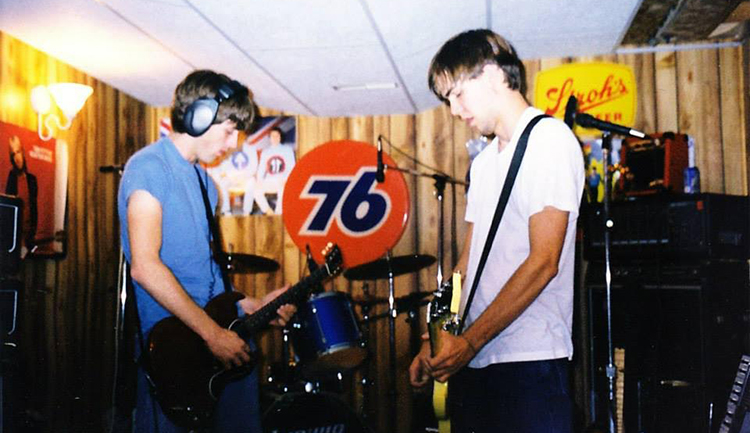 “We kind of hit a wall with Yesterday’s Kids,” Schweiger says. “We didn’t really get any tour support, so the tours we went on were pretty terrible…like, all of them. It was just done. It was time to move on.”

Schweiger played solo shows and Perkins focused on recording other projects at Simple Studios in Green Bay. Meanwhile, Perkins wrote some songs during his idle time in the studio and used a drum machine for rhythmic backing. He says it was “just something to do after [Yesterday’s Kids].” With a few songs in the chamber, he met Jon Phillip, the drummer of Milwaukee mainstay The Benjamins, at the studio and they quickly decided to collaborate.

“That was my first time ever hanging out with Jon,” Perkins says. “I was really impressed with his drumming and how quickly he got everything down. He liked the songs, so he encouraged me to start a band.”

When the time came to recruit new members, one collaborator was an obvious choice to help fill out the band that would come to be known as the Obsoletes.

“It wasn’t on purpose, but it was pretty funny,” Schweiger says of being asked to play in his fourth band with Perkins. “It helps that we don’t really have to say too much to each other on stage. We just really pay attention to everything else.”

Early iterations of the band featured five members, but swiftly narrowed down to Perkins, Phillip, and Schweiger. Meanwhile, Perkins moved from guitar to bass (which he played in Yesterday’s Kids). In 2004, the trio released its one and only record, Is This Progress?, a 13-song collection of timeless tracks that straddled the line between alt-country and power-pop. One song, “Down To Milwaukee,” finds Perkins’ and Schweiger’s unmistakable harmonies addressing the topic of heading down highway 41 to enjoy life in Milwaukee. That outcome would eventually come to be, but not until the members set the Obsoletes aside in 2005.

“The Obsoletes were slowly grinding to a halt. We didn’t sell a lot of records or pack venues. We weren’t super-duper popular,” Schweiger says. “Just because you play really well with somebody doesn’t mean you have to play with them all the time, forever and ever. I think it was time to play with other people.”

Another factor in the break up was Perkins’ decision to move to Madison to work at Smart Studios. While there, he joined Screeching Weasel. Meanwhile, Schweiger stayed in Neenah and played in Blueheels (a band Perkins would later join when they relocated to Madison and Schweiger was no longer a member) and started Tim Schweiger & The Middlemen. Phillip focused the glut of his drumming efforts on Limbeck. By 2008, though, all three Obsoletes members finally made it down to Milwaukee. Though proximity prompted a handful of unheralded Obsoletes gigs, nothing has materialized since 2010. Perkins briefly joined Space Raft and is busy being what Hyden calls “the Rick Rubin of Milwaukee music” in his Mystery Room Mastering venture. Schweiger brought the Middlemen project to town, provided tour support for Paul Collin and Tommy Stinson (alongside Phillip), and joined The Midwest Beat. Phillip was a member of Trapper Schoepp & The Shades, touring drummer for innumerable acts, and co-founded Good Land Records.

While lost time, higher-priority projects, and Phillip’s recent relocation to Nashville makes a full-on Obsoletes reunion improbable, the under-sung project will get together to play two shows this week. Thursday night’s Bremen Cafe show and Friday’s appearance a few blocks from Perkins and Schweiger’s apartment building at Cranky Pat’s in Neenah won’t be signs of things to come. Rather, they’ll be a means of longtime friends having fun together playing songs they wrote in simpler times.

“We grew up together, so we went through all of our musical phases together. Our reference points are all the same, so it’s easy to have a really good rapport because of that,” Schweiger says. “When the three of us play together, it’s special.”