Common DJ pet peeves include drunks bumping into turntables, drunks spilling drinks on turntables, and crowds complaining about the music.

Women who DJ in Milwaukee may face headaches such as these, along with other challenges.

Jessica “Fortune” Fenner, a native of Bristol, England, has been keeping club crowds dancing with thumping house, techno, and drum and bass since she moved to Milwaukee in the 1990s. Fenner, one of the first female DJs in the area to actively play out, says she had great support in the beginning, particularly from the Riverwest music community. She worked with musicians such as Jason Todd and played venues such as the now-defunct Dish, and Quarters, where she still plays out.

Although her audience is generally receptive and supportive of her, Fenner has faced some resentment and backlash among male DJs who are envious of her success. “Every now and then, a newer DJ will start a ‘Fortune Sucks’ campaign,” she says. “I don’t really see this happening to male DJs in our community.”

Social media has also led to a rise in bullying. Fenner says there is division between men and women who DJ in the community, as the Milwaukee scene is largely dominated by white males. “There is a very real dynamic,” she says.

However, Fenner is optimistic about the future of women DJs in Milwaukee. She created Iron Maiden, an underground event for female DJs, in 2011, and has held the event every three years. Originally, only a few women participated. Now, she says, that number has more than doubled.

“It’s a lovely thing to see happening. It’s amazing to see this growth,” she says. 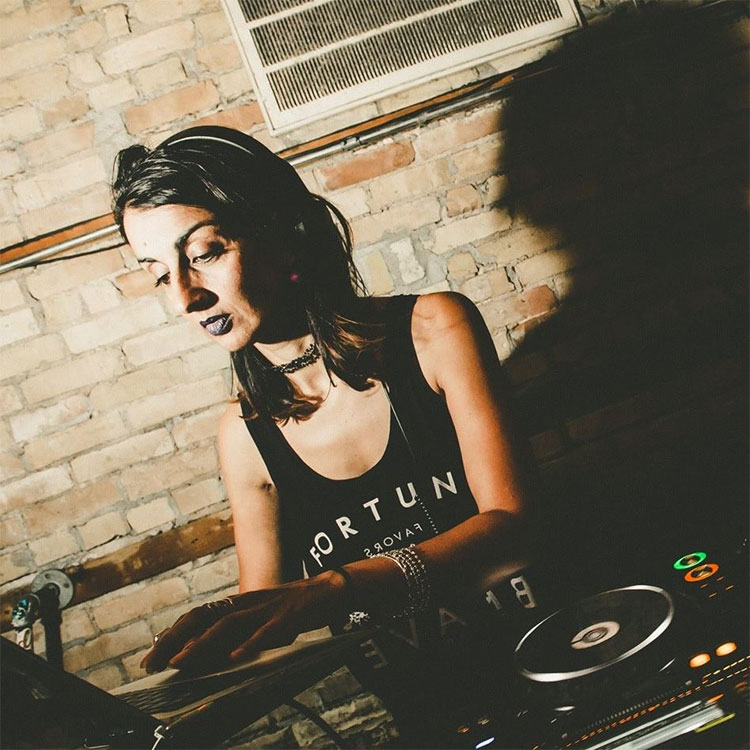 Milwaukee-based Ann-Elizabeth Shapera, aka DJ Phoole, took her name from the jester character she’s played at the Bristol Renaissance Faire.

Shapera maintains an online DJ presence, spinning house, new disco, indie dance, and electronic music from the United Kingdom, especially Manchester and Glasgow. Fans from as far away as Turkey and Lebanon tune in to her show, “Phoole And The Gang,” on TheChewb.com every Friday night.

“I started DJing in my 40s. At first, I wanted to sound like Fatboy Slim,” Shapera says. In her experience, she says, Milwaukee is a fairly conservative city, and many club attendees are overly concerned about their status and image, which can affect enjoyment of the music itself.

“Being in the Midwest is a challenge,” she says. Although she is a self-professed “online girl,” she says she would love to play more live club nights in Milwaukee. 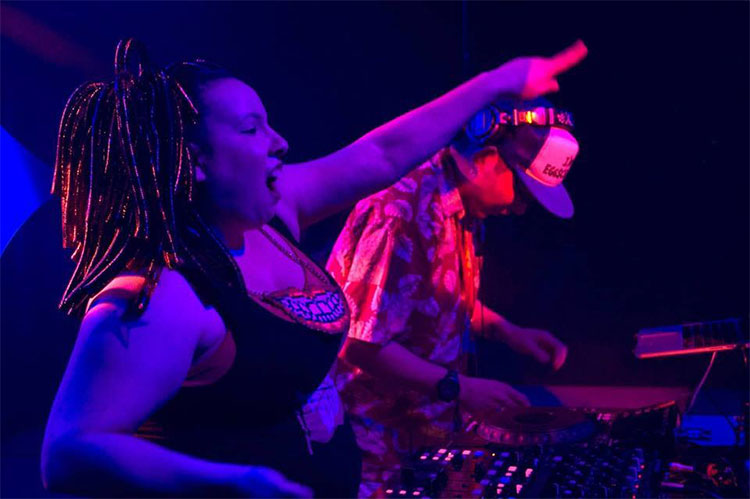 Musicians Wendy Norton and Saebra Laken have been collecting records for years. Norton’s collection includes 45s of soul and mainly oldies; Laken’s runs the gamut from Patsy Cline to Kendrick Lamar and hip-hop.

Norton remembers being part of a mail-order club for homemade tapes in the early 2000s. “These old British punk guys would send me insane mix tapes,” she says. She currently plays drums in the punk band The Stink Lines, and piano and guitar in the rock band Ramma Lamma.

Laken plays guitar, and sings with the duo Saebra & Carlyle.

Despite their extensive knowledge of vinyl and music genres, both Laken and Norton say they sometimes have to challenge audience preconceptions while behind the decks.

“People think I’m going to come in with my laptop and play something fluffy or funny, like Journey or something,” Norton says. “They assume that, just because I’m a girl, I don’t know how to use needles and a headphone.”

Laken has had similar experiences. “There are a lot of skeptical men out there,” she says. “Some come up to you and ask if they can bring their records from home for you to play. Sometimes, I have those same records in my collection.” 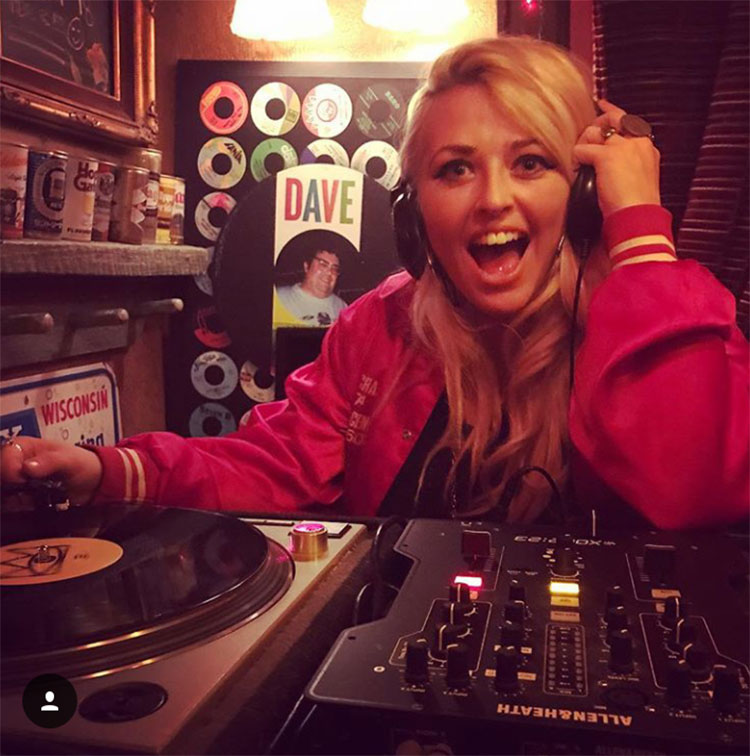 Business owners Andy Noble and BJ and Jess Seidel are doing their part to help promote gender equality within the DJ scene.

Noble, who along with his brother Tom and cousin and head chef Mia LeTendre, co-owns the plant-based restaurant Strange Town on the city’s east side. He says that playing records on good equipment, which enhances the clarity of the sound, helps create a cozy and inviting atmosphere in the café.

Due to his staff—which is 80 percent female—and customer demand, Noble recently launched Matriarchive, a weekly Wednesday night event from 8-11 p.m. featuring women DJs that spin a variety of genres, including garage rock, house, soul, and more.

“I wanted to balance the scale with music stuff. Milwaukee nightlife has a real male aesthetic—beer, brats and sports,” he says.

Noble considers Strange Town, with its vegan and vegetarian menu, craft cocktails, and list of natural wines, “a female-friendly space.”

“DJs are not tucked away in a corner. They play in the middle of the floor. It’s a very social experience,” he says.

Norton, who has created and directed music videos for local bands, designed the Matriarchive logo and flyer. Noble adds that he has a roster of more than 25 female DJs that will play only vinyl, and he plans to add more names to the list.

Norton and Amelinda Burich were the first DJ pair at Strange Town—a very positive experience, according to Burich. Many friends and musicians who were women attended the event.

“For female musicians to play music by women was a pretty special thing,” Burich says. 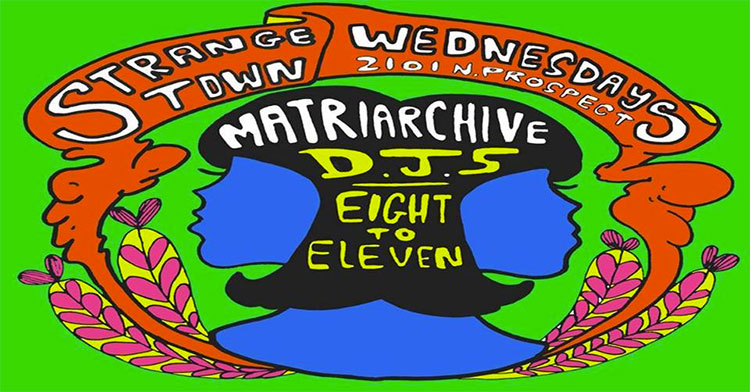 Share The Moon takes place the first Monday of every month and features women DJs and food from local female-owned restaurants, as well as craft cocktails and other drinks. All proceeds are donated to local charities helping women in need, such as Planned Parenthood.

Laken was the first, and will be the resident, DJ, a position she is proud of. “We raised almost $700 for Planned Parenthood this last time,” she says.

Jess Seidel says she aims to bring the neighborhood together and raise money for a good cause. “We strive to do more and more. I hope it gets bigger and bigger,” she says.

The DJs interviewed have valuable advice for women just starting to spin records:

“Absolutely do what you feel, and don’t be swayed by external pressures. Find people who are supportive of you, and don’t be afraid to pull on every resource. Also, find a mentor. That helped me immensely when I was starting out.” – Jessica “Fortune” Fenner

“Invest in extra needles, headphones, and 45 adaptors. Also, don’t be afraid to pepper your set with obvious stuff just in case someone is having a bachelorette party and wants to hear the Go-Gos or something.” – Wendy Norton

“Just start. Get your hands on some software programs. Don’t compare yourself to others. Don’t worry about what’s hot. If you wait until you’re perfect, you’ll never start.” – Ann-Elizabeth Shapera, aka DJ Phoole 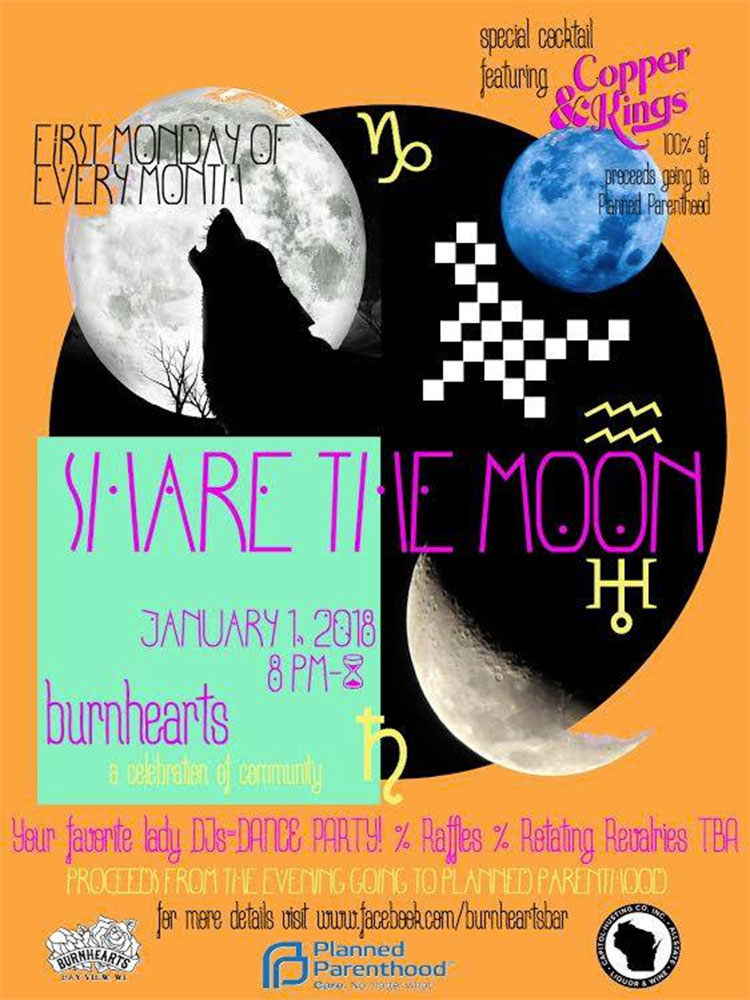