Art-damaged indie-pop outfit Dinner Set Gang has been making the Milwaukee music scene a more interesting place since 2020. The latest project from Josh Evert and Derek De Vinney of The Fatty Acids, Dinner Set Gang has released a Christmas horror video (“Awful Things”), a glitchy zoo-themed video (“Jellyfish”), and a video that pays homage to the Cleveland Balloonfest fiasco of 1986 (“Ceiling Fan”). Now, just a few months removed from the release of their debut EP La Fata Turchina, Evert and De Vinney are back with a full-length album, Are You Someplace Else?, and a title-track video to go along with it. Both are fantastic.

First, the album. The 12-track Are You Someplace Else? is an eclectic, psychedelic, and occasionally straight-up lovely piece of work, filled with cinematic soundscapes (“Cheat Codes On Easy Mode”), laid-back bangers (“Rose Reef”), and delicate detours (“Out In The Cold”). Folks missing the bouncy glitch-pop of The Fatty Acids will find a lot to love here.

Now, the video. The Kurt Ravenwood-directed clip for “Are You Someplace Else?” dramatizes the title question by roaming the empty, carpeted halls of a Dells-esque hotel. Swimsuit-clad stars Becky Cofta, Dennis Lewis, and Jackey Boelkow run, dance, and cavort through the liminal space writ large, eventually finding their escape (?) in a vaguely terrifying hotel waterpark.

And yes, that’s Evert as the desk clerk who says “You’re going to die!” While that may be true, we can certainly think of worse fates than being forever trapped in an ultra-chlorinated hotel pool and listening to the Dinner Set Gang. Well, maybe just that last part. 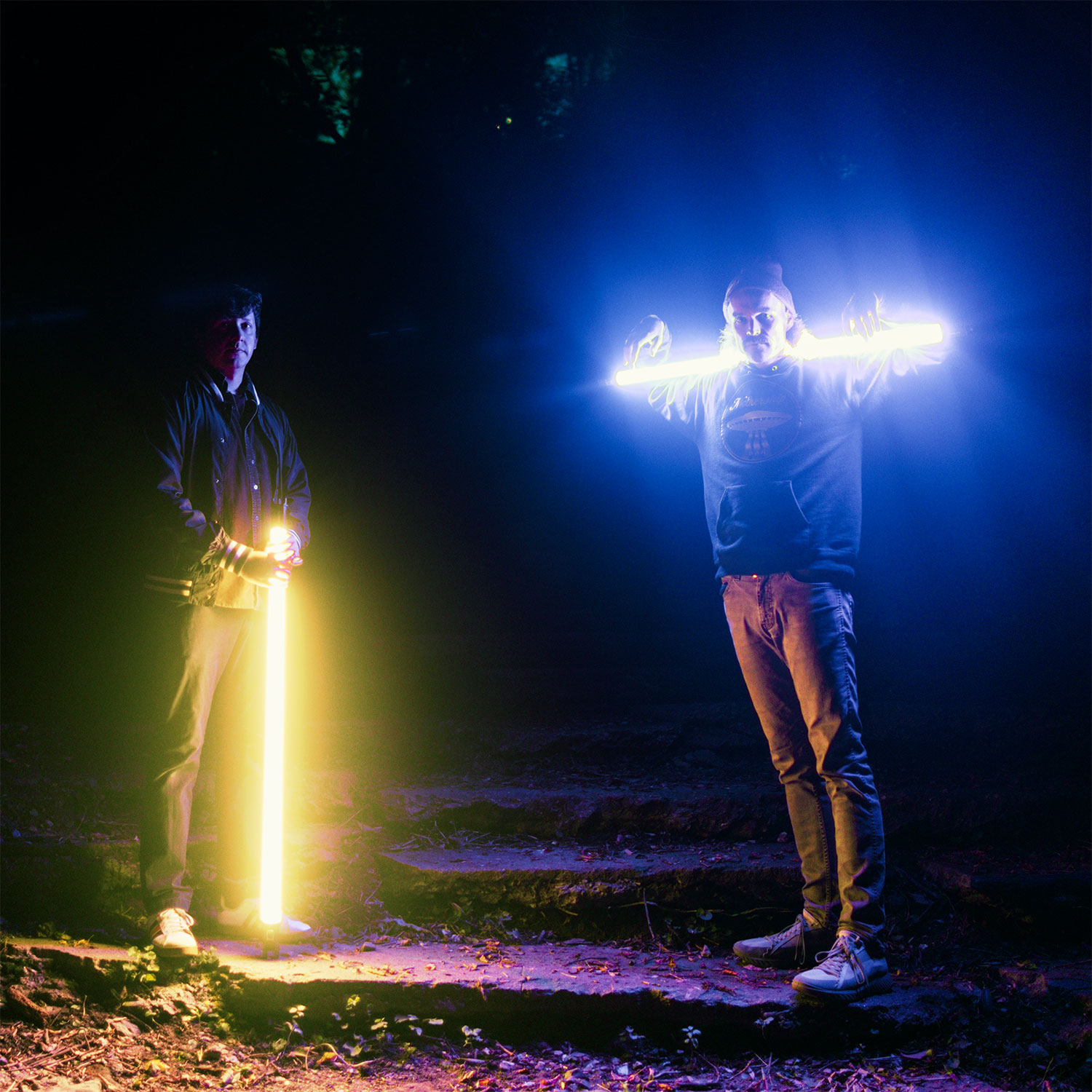