If you have uncles who speak German or if you saw that one Animaniacs episode, then you may already be familiar with “The Schnitzelbank Song.” It makes the occasional appearance in modern pop culture, but posters bearing its lyrics have been used as promotional pieces for businesses, such as Mader’s Restaurant here in Milwaukee, for decades. If you’re not familiar with this particular German-language ditty—or you are familiar but are dying to find out what its lyrics mean in English—then strap in!

“The Schnitzelbank Song” is a silly song that was written and passed along by German immigrants in the United States in the 1800s. It’s simple and repetitive and has a variety of basic terms, making it great for teaching German to children. It also makes for a tremendous drinking song. 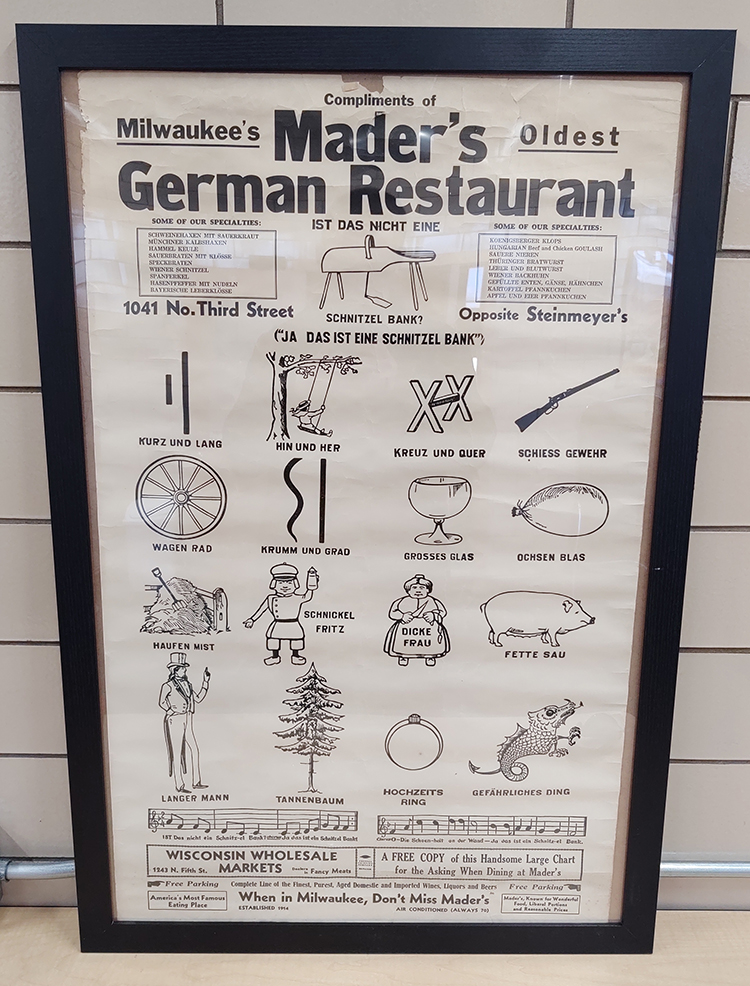 As with many songs from the 1800s, the lyrics vary a little bit depending upon which polka band or high school German teacher you ask. The chorus and the exact structure of the song are always a little open to creative interpretation, so you’d be pretty hard pressed to find two identical performances. For the purposes of this article, however, we’re going to work with the lyrics as they’re printed on the Mader’s poster in the Milwaukee Record office. Here are the words in German and in English.

Quick note: The song is much like “The Twelve Days of Christmas” in that each verse introduces new items with basically the exact same lead-in and then there’s a review of all the items mentioned thus far. That being the case, we’ll stop listing the entire translation for each new introduction and just translate the items themselves instead.

Hin und Her (back and forth) 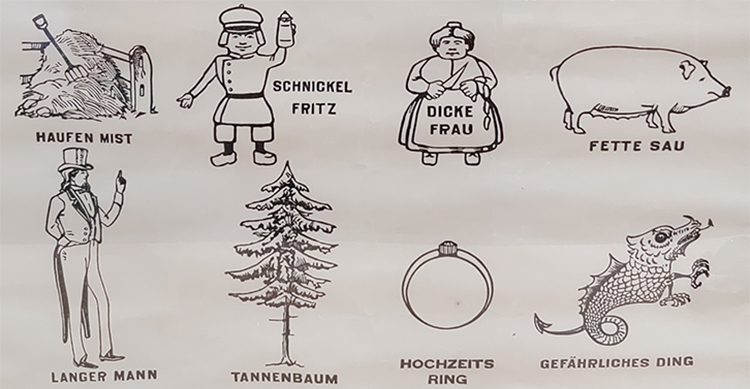 Oh, the beauty on the wall. Yes, that is a woodcarving bench.

We hope this little translation exercise has been helpful. Please use it in good health and good appropriately distanced company. Prost! (Cheers!)